Hugh Stretton, one of the greatest social scientists and public intellectuals that Australia has produced, passed away in late July after a long illness. His legacy as a thinker, writer, activist, advisor, teacher, mentor and friend is vast. Those of us who have had the honour of his advice and support can only marvel at the way in which Hugh balanced his great mind and deep knowledge and engagement across a very wide intellectual terrain with human capacities to connect with others at all levels with an inner calm, wisdom, kindness, humility and self-deprecation.

Hugh’s life was one of high achievement from the outset. After, as he put it, ‘a happy childhood down the bay from Melbourne’ and success at Melbourne University interrupted by war service, he won a Rhodes scholarship to study history at Oxford. His achievements there saw his appointment in his early 20s as a tutor in modern history at Balliol College before the award of his Oxford degree. He was then appointed Professor of History at the University of Adelaide in 1954 at the age of 30, the youngest professor in an Australian university at the time. Over the next 15 years, he presided over the establishment of a history department whose members would go onto play central roles in reshaping historical scholarship in Australia and beyond.

In 1968, he stepped down from his professorship to a readership at the University of Adelaide to concentrate on research and writing. The high achievement continued. From the late 1960s to the mid 2000s, he published seminal books and essays, and delivered public lectures in what is perhaps the most impressive output of any Australian social scientist of his generation.

The Political Sciences (1969) challenged the growth of positivism and abstraction in political, social and economic understanding. The book promoted a view of the social sciences as inherently valued-based, moral and practical in nature. It was widely influential both locally and internationally.

His work on cities and housing is perhaps best known. His self-published Ideas for Australian Cities (1970) offered powerful histories of city planning in Australia while developing the idea that the good city is of human scale needing urban planning much more concerned with its social, distributional and equity impacts. His 1974 Boyer Lectures Housing and Government put the case for better recognising the productive economic and social activity enabled by good housing (the ‘domestic economy’ as Stretton put it) and the virtues of a mixed private and public housing system. He defended the need for national housing policy to address new market and public failures then on the horizon. Urban Planning in Rich and Poor Countries (1978) distilled insights from rival theories about cities and trends in urban planning across the world in what was described by one reviewer as ‘like one of those rare miniatures that reveal more sheer skill than many a famed old master’.

The future of social democracy and the attack it has faced from economic rationalism and neoliberalism were other foci of Stretton’s work. Capitalism, Socialism and the Environment (1976) deployed many of the ideas about values, choices and the ‘imagination of alternatives’ of his earlier work. The book offered a powerful analysis of the options and possibilities for democratic socialist reform in capitalist democracies taking heed of new problems of inflation, economic inequality, and environmental limits. Neal Blewett described the book as ‘a classic both of, and for, our times’. Political Essays (1987) brought together many of Stretton’s shorter writings on business and government, housing, public service and the nature of the social sciences assembled against the rising tide of economic rationalist change in Australian politics and public policy. Public Goods, Public Enterprise, Public Choice (1994 co-authored with Lionel Orchard) developed a critique of public choice theory, by then a very influential stream of neo-liberal, anti-government thinking. It reminded readers about the virtues of the mixed economy balancing private markets with public enterprise, and provided insight about the nature of politics and governing gleaned from other traditions of non-reductive political thought.

What some saw as the product of a lifetime of reflection, Stretton’s magnum opus Economics: A New Introduction (1999) offered a comprehensive new curriculum for teaching economics based on his views about value-based social science, this time expressed through a comprehensive defence of an ‘institutional’ view of the modern mixed economy. His last book Australia Fair (2005) presented a social democratic manifesto taking heed of many new economic, social and environmental problems facing Australian society, and proposing ideas about how to manage them equitably and fairly. For him, better, more active government was and is central to that task.

Alongside his academic work, Hugh Stretton was widely admired as an activist and advocate. He was also much sought after as an advisor across the political spectrum. Much of his engagement was focussed on where he lived much of his life – Adelaide and South Australia – but his voice was strong on the national stage. He served as Deputy Chairperson of the SA Housing Trust from 1973 to 1989 and on various planning bodies particularly in the City of Adelaide. Some of his most engaging writing on public issues appeared in a diverse range of media outlets, Christopher Pearson’s Adelaide Review perhaps most prominently. Reflecting his open and practical disposition, Stretton was involved in and often lead policy experiments and initiatives particularly in urban and housing policy. The Ramsay Trust, a venture to marshal savings into a new kind of capital-indexed structure for housing finance engaged him in the 1980s while he was proud of documents he wrote or contributed to in the 1970s leading to the establishment of the Noarlunga Centre in Adelaide’s southern suburbs and the preservation of old housing fabric in Hackney, an inner Adelaide suburb threatened with redevelopment.

As an engaged public intellectual, Stretton took his role as critic seriously and responsibly when the need arose on many issues both local and national. Mainstream economists, and politicians in their thrall, took exception to Stretton’s thinking throughout his career – from those critical of his Boyer Lectures, to those critical of his views about positivism and the winding back of social democratic governing in Australia in the 1980s, to Paul Keating’s attack on his Political Essays in 1987. Stretton always engaged critics with respectful, reasoned responses.

Through all of this high level intellectual and policy work, Hugh was also widely admired as a gifted teacher and mentor. I speak with first hand experience of his skill and generosity on these fronts. As with many others, Hugh went out of his way as supervisor of my PhD research to guide and support me both intellectually and personally in his unobtrusive but firm way. In these respects, I was very fortunate.

No man is an island and this is true for Hugh Stretton too. The wide group of intellectuals he had as friends and advisors is testament to that. In the Australian context, he was an original but he belongs in the company of other giants on the international stage. Some suggested after the publication of his early books that he was the ‘nearest thing to an Australian JK Galbraith’. Indeed, like Galbraith, his work echoes and connects with the work of social scientists and philosophers – Albert Hirschman, Martha Nussbaum and Charles Taylor among others – struggling to maintain and hold to a liberal, social democratic, pluralist centre in the face of the limits of the positivist mainstream, relentless economic and social change, and post-modern pressure to abandon any such ambition. The task we face is to draw on Hugh Stretton’s legacy in this spirit.

Lionel Orchard taught public policy in Flinders University’s Graduate Program in Public Administration from 1989-2015. In the 1980s, he wrote a PhD on urban and regional policy with Hugh Stretton’s supervision and, in the early 1990s, jointly researched and wrote the book Public Goods, Public Enterprise, Public Choice (Macmillan, 1994) with him. 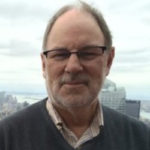 Lionel Orchard holds academic status as Associate Professor in the College of Medicine and Public Health at Flinders University. He previously taught public policy in the Graduate Program of Public Administration at Flinders. His recent publications include as co-editor with Chris Miller, Australian Public Policy: Progressive Ideas in the Neoliberal Ascendancy, Policy Press, Bristol, 2014.