Australia’s cruelty to refugees: which legal ‘straw’ might break the camel’s back?

In April 2021, Australia’s harsh treatment of immigration detainees under a 1994 policy – whereby anyone without an entry visa who seeks asylum from persecution must be detained, potentially indefinitely – is facing two court challenges. Could either case end the regime’s systemic cruelty?

One court case involved criminal charges, laid by a law enforcement authority: it alleged that “the Commonwealth” (the federal government) breached its legislative duty of care for a detainee. The other, a civil proceeding brought by lawyers acting for a former detainee, sought monetary compensation (“damages”) for detention-related harm inflicted, allegedly, by the Commonwealth’s negligent breach of its common law (judge-made law) duty of care.

The civil case started on 6 April 2021 in South Australia’s Supreme Court while the criminal case has so far only been listed for a preliminary “mention” on 27 April in Sydney’s Downing Centre local court.

As the Commonwealth Parliamentary Library’s Social Policy publication, “Immigration detention in Australia” (20 March 2013) explains, it was the Keating Labor government that made the detention of visa-less applicants (a) mandatory, then (b) potentially indefinite.

… [T]he policy of mandatory detention [for visa-less people coming by boat] was introduced by the Keating Government (with bipartisan support) through the enactment of the Migration Amendment Act 1992 … . However, mandatory detention was subsequently extended to all ‘unlawful’ non-citizens [those without a visa] with the enactment of the Migration Reform Act 1992 … ([which,] when … [it] came into effect on 1 September 1994) … removed the [former] 273-day detention limit”.

Seeking asylum from persecution is not a criminal offence: it’s a human right under the 1951 Refugees Convention, ratified by Australia in 1954. However, the High Court has held that, until the Parliament incorporates the convention into law, compliance is not mandatory.

More than 20 years … [ago] Iranian-born Payam Saadat arrived on Australia’s shores, after a perilous 29-day journey by boat … [He] was detained …, first at Curtin in Western Australia from 2000 to 2002, and then at Baxter Detention Centre in South Australia, for almost three years.

[Mr Saadat] … is suing for mental injuries he alleges he suffered while he was held in detention. [It is] seen as a “test case”: … more than 60 … detainees [have] claims against the Commonwealth and two private companies contracted to run detention centres … . Hugh Abbott SC for Mr Saadat told the court the government knew, or should have known, that he was suffering psychiatric injury, or was vulnerable to developing one … [on being] moved to Baxter. “It was the manner of his detention that caused his psychiatric injury or … [exacerbated it].”

Mr Abbott said when Mr Saadat was in Iran, he was detained, tortured and physically abused, causing him to flee [and] seek asylum. … Mr Abbott said “the Commonwealth was on notice that he was a vulnerable person, and he should have been treated more carefully”. But despite his repeated requests for medical assistance … , … he did not see a psychiatrist [while in] detention.

… a medical report in 2011 told [Mr Saadat] he had a mental disorder and would require the indefinite use of antidepressant medication and ongoing psychotherapy. … [It] said that he would likely suffer permanent psychiatric disability and impairment, which would impact on his work and social life.

The statute law is the Work Health and Safety Act 2011 (WHS Act), which applies to all Commonwealth workplaces, including immigration detention facilities. It imposes on Commonwealth workplace operators (such as the Department of Home Affairs) a “primary duty of care” to pro-actively ensure that workers and “other persons” (such as detainees) are not exposed to risks to their health and safety. “Health” includes psychological health. Failure to comply with a health and safety duty is a heavily penalised criminal offence.

On 10 March 2021, the Act’s regulator, Comcare issued a media release about the case:

“The Department of Home Affairs and its healthcare provider International Health and Medical Services [Pty Ltd] (IHMS) have been charged with breaching … [the WHS Act] … .

Following an investigation by … Comcare, the Commonwealth Director of Public Prosecutions has filed two charges each against Home Affairs and IHMS alleging they failed [to comply with] their duties under the … WHS Act. The charges relate to an incident on 4 March 2019 where a 26-year-old Iraqi national took his own life at Sydney’s Villawood Immigration Detention Centre.

It is alleged that Home Affairs and IHMS failed to provide and maintain a safe system of work at the facility as part of their health and safety duties that extend to detainees … [and] to provide necessary training, information and supervision to mental health staff … .

Each charge … [carries] a maximum penalty of $1.5 million [if the party charged is found guilty].”

Responding on the same day, the Department of Home Affairs said it would “vigorously defend” the charges. (Within Home Affairs, the Australian Border Force (ABF) unit is – as its website declares – “responsible for … the health and welfare of detainees”. ABF also oversees the work of IHMS.)

Atypically, Home Affairs is defending the damages case. According to David Burke, a solicitor with the Human Rights Law Centre, Home Affairs rarely defends cases that seek a financial outcome (whereas it had defended – unsuccessfully – a number of cases seeking only ‘fly them here for medical care’ orders in relation to seriously ill PNG or Nauru detainees or ex-detainees).

Damages case settlements – the payment of an agreed amount of monetary compensation – mean that the complainants do not need to prove their case by calling witnesses. As a result, the media have no first-hand evidence of (for example) medical neglect to report.

Criminal cases cannot be settled. The only way to reduce – but not eliminate – the public exposure of embarrassing alleged criminality is to enter a plea of guilty. In such cases, prosecuting counsel just reads out in court a plea summary that the accused (via their counsel) have agreed to – again, depriving the media of ‘juicy’ in-court witness evidence to report.

What are the likely consequences if the Commonwealth (Home Affairs) loses each case?

A loss in Mr Saadat’s civil case could see a court-approved damages award of hundreds of thousands of dollars – maybe even $1 million? – plus an order to pay the applicant’s court-related costs. If so, and if the Commonwealth loses all the pending 60 analogous cases, there could be an all-up taxpayer bill of up to, say, $80 million. But such payouts might not even moderate, much less end, the cruelty, if the treatment of detainees in the Manus class action settlement of 2017 is any guide.

On 6 September 2017, a Victorian Supreme Court judge approved a $70 m plus $20 m costs settlement of the class action brought by law firm Slater and Gordon on behalf of detainees held at the Manus Island regional processing centre (RPC) (The Age, 6/9/17). The case claimed damages for physical and mental suffering allegedly caused by negligent breaches – over several years, on an industrial scale – of the Commonwealth’s common law duty of care.

But even before that widely anticipated approval was given, “Refugees in some … [RPC] compounds … had the power, water, toilets and phones cut off while they [were] still living in … [the compounds]” (Guardian Australia, 20/7/2017). Minister Dutton declared, “Manus Island is due to close by the end of October … and that is what we’re going to achieve”. The RPC was forcibly emptied in late November, although the replacement accommodation’s fit-out was still un-completed. “Manus Island police … beat [the men]” with “long metal poles” to remove them from the RPC (Guardian Australia, 23/11/17).

In short, the very maltreatment which, as Peter Dutton had agreed, warranted compensation of $70 m, had been blatantly continuing before, during and after the settlement approval process.

In the criminal case, if Home Affairs and IHMS are found guilty on all charges, they could incur criminal convictions, and, potentially, fines totalling, say, $2 m for the Commonwealth (being the principal) and $1 m for IHMS (the contractor), plus orders to pay the prosecution’s costs.

Astute organisations, on receipt of criminal charges, promptly start ‘cleaning up their act’, so that, if ultimately found guilty, their counsel can give the sentencing judge evidence that their client has shown remorse, and has been fully complying with the law concerned. Not showing remorse and compliance, risks incurring adverse judicial comment, plus heavier fines than would otherwise have been imposed.

But in mid-April 2021, six weeks after being charged, Home Affairs was still behaving with apparently remorseless disregard for the law – and for detainees’ psychological health. According to the Sydney-based Refugee Action Coalition (RAC) media release of 19/4/21, refugees had been moved in the following manner from Brisbane’s Kangaroo Point hotel, an “alternative place of detention”, to a Melbourne detention facility:

Refugees were forced onto buses at the hotel last Friday with only the clothes they were standing in. Clothes, toiletries, phone chargers, documents and other possessions were left at the hotel.… [S]ome of the … refugees [were given] … a shirt, pants and thongs on Saturday night, but there is still no sign of the clothes they had at the hotel. …

“There is a long history of possessions being lost in the course of such transfers,” said Ian Rintoul, spokesperson for … [RAC], “Every shift is traumatic. Most of these guys have lost everything more than once. On Manus their eviction from the old detention centre was violent.”

“They should not have been shifted …, they should have been released,” said Rintoul. [Their] mobile phones were taken … , and at least three … refugees were told they would be handcuffed for the flight to Melbourne.” “We are not cattle, but we are treated like cattle,” one refugee told … [RAC].

Home Affairs Minister Andrews should remind departmental secretary Pezzullo and ABF Commissioner Outram of phrases such as “the rule of law” and “reputational damage”. As things currently stand, it seems to me unlikely that the cruelty will even be diminished by this case, much less ended, unless there’s a 180° change in approach at the leadership level. 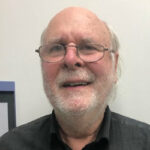