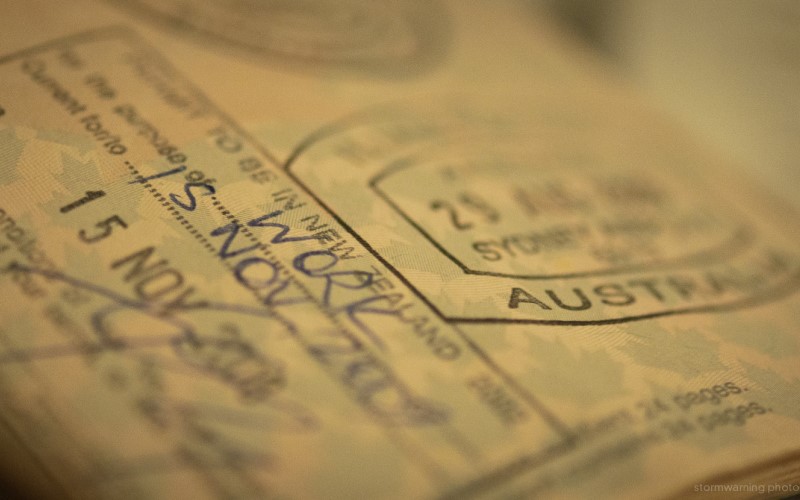 Strong jobs growth will hinge on high levels of net migration, so the next government must act to streamline the system and fine-tune the settings.

In the mid-year economic and fiscal outlook (MYEFO) for 2021-22, the federal government has announced a million jobs will be created over the next four years.

With baby boomers retiring from the labour force at a rapidly rising rate, this will be heavily dependent on a strong increase in the participation rate — but MYEFO assumes this will rise only from 66.1 per cent in November 2021 to 66.25 per cent over the forward estimates, much lower than the current participation rate in New Zealand where it is already 71 per cent.

It will also rely on a fall in unemployment — but MYEFO assumes this will fall only marginally from 4.6 per cent in November 2021 to 4.25 per cent by mid-2023, still significantly higher than just over 3.25 per cent currently in New Zealand.

Net migration is the difference between long-term and permanent arrivals minus departures irrespective of citizenship or visa type.

Contrary to confused reporting in The Australian, the permanent migration program for 2021-22 (i.e. permanent visas issued irrespective of whether the person is in Australia or overseas) remains at 160,000 as announced in the May 2021 Budget and as delivered in 2020-21.

The earlier-than-forecast increase in net migration is due to the opening of international borders being brought forward to this month. In the 2021 budget, the government assumed this would not occur until next July.

Treasury has provided few details on the composition of its net migration forecasts, either in the Budget or MYEFO. We can only speculate how it arrived at these.

The bulk of the increase in 2022 will be people who already have visas, particularly the more than 100,000 overseas students waiting to enter. There will also be substantial arrivals of Australian citizens, partners and parents of Australians, temporary and permanent skilled migrants, offshore humanitarian program visa holders and long-stay Pacific Island workers.

From July 2022, around 14,000 temporary graduate visa holders who were locked out of Australia due to the pandemic will arrive. These will be offset by long-term and permanent departures, particularly overseas students completing their studies and not seeking a temporary graduate visa, as well as Australian citizens and permanent residents attracted by job offers from overseas.

The key to whether the forecasts of net migration are delivered will be the state of the labour market. With massive levels of monetary and fiscal stimulus already in the economy, a huge increase in household savings to be spent, a tsunami of government spending to be announced ahead of the federal election, a gradual return of international tourists, and a skilled vacancy index at a 13-year high, it is inevitable the labour market will be strong in 2022 as assumed in MYEFO. The surge in arrivals in 2022 will itself heat up the economy further.

The government is under severe pressure from business lobby groups to make further changes to visa policy settings to be more facilitative, particularly if unions become more active in demanding higher wages. But the government should avoid being panicked into short-term visa policy changes that would have long-term consequences, particularly if these result in a build-up of long-term temporary migrants who struggle to secure permanent residence. Ministers Alex Hawke, Alan Tudge, Marise Payne and David Littleproud have already shown a penchant for policies such as these.

Even if the migration program in 2022-23 is held at 160,000, it will require a major shift towards the skill stream as the backlog of partner visa applications will have been cleared. In 2022-23, the government may only need to allocate around 40,000 places for partners as opposed to the current 72,000 – thus freeing up 32,000 places for the skill stream.

The challenge will be how to attract enough sufficiently skilled migrants – as opposed to just lowering selection standards that leave too many migrants unable to get jobs using their skills or increasing places for business investor visas that on the government’s own evidence are delivering poor outcomes, or increasing the very high-risk global talent independent visa.

The fact that around 100,000 temporary graduates already in the country are finding it difficult to get a skilled job at a time when the skilled vacancy index is at a 13-year high should be worrying the government, the international education industry and education quality regulators.

Unless the education delivered to these overseas students has been poor, it should be policy to encourage employers to offer these temporary graduates skilled jobs, thus providing a pathway to permanent residence. Leaving this group to grow further and remain in immigration limbo would be very poor policy. That means the migration program in 2022-23 should maintain a focus mainly on the onshore skill stream with some growth in the offshore portion targeting key skill needs.

However, any incoming government cannot stop there — there are serious visa policy issues to be addressed. A Labor government may increase the humanitarian program to provide permanent visas to people on temporary protection visas as well as resettling the remaining refugees on Manus and Nauru. There is no rationale for not providing permanent protection to these people while the boat turnback policy is in place.

Another challenge is the massive gridlock in the visa system, with more than 330,000 people on bridging visas. Whoever is in power cannot ignore this appalling situation. Efficient visa processing with high levels of integrity is essential to the credibility of the system. Large onshore application backlogs just attract the unscrupulous.

Addressing the biggest labour trafficking/asylum scam in Australia’s history and preventing it growing further once borders reopen should also be a top priority. With more than 94,000 asylum seekers living in the community, of whom over 34,000 are now at the Administrative Appeals Tribunal (AAT), plus almost 30,000 now refused at both primary and AAT stages, we will see more stories of exploitation and abuse such as the one from a retired teacher in Mildura.

Dealing with this issue and genuinely reducing migrant worker exploitation and wage theft will be resisted by business lobby groups as increasing costs for their members. But the social cost of continuing to ignore the situation, or just paying lip service to it, will be even greater.

Finally, we need to restore coherence in the visa system. Continual tweaks to satisfy this or that lobby group, including the farm lobby and the hospitality industry, have given us a visa system that is illogical and open to abuse. For example, over recent years the government has made it much more costly and difficult for an employer to sponsor a registered nurse or a software engineer while making it cheaper and simpler to recruit an easily exploitable farm labourer. We have converted the student visa into a full-time low skill work visa that will leave more and more students in immigration limbo.

Is that really the kind of visa system we want?