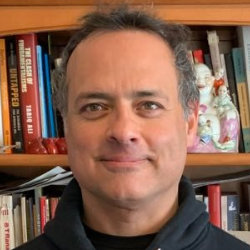 Vijay Prashad is an Indian historian, editor, and journalist. He is a writing fellow and chief correspondent at Globetrotter. He is the chief editor of LeftWord Books and the director of Tricontinental: Institute for Social Research, and a senior non-resident fellow at Chongyang Institute for Financial Studies, Renmin University of China. He has written more than 20 books, including <em>The Darker Nations</em> and <em>The Poorer Nations</em>. His latest books are <em>Struggle Makes Us Human: Learning from Movements for Socialism</em> and (with Noam Chomsky) <em>The Withdrawal: Iraq, Libya, Afghanistan, and the Fragility of U.S. Power</em>.