Canberra and Beijing – The last fifty years of mutual benefits 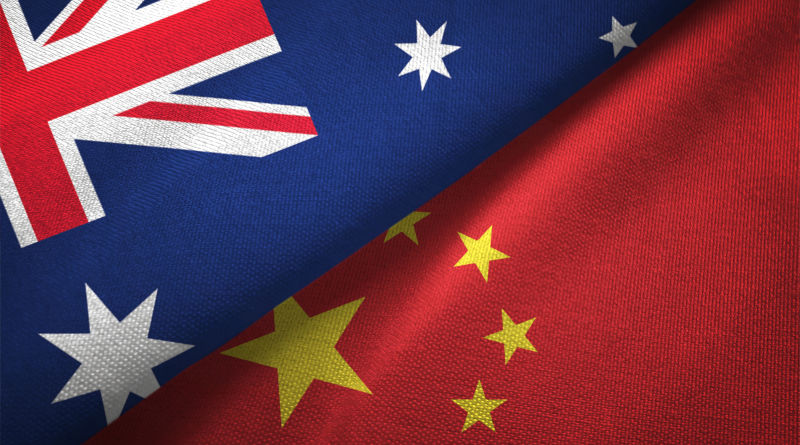 The fiftieth anniversary, this year, of Canberra’s recognition of the People’s Republic of China (PRC) in Beijing as the sole legitimate government of China, has triggered many reflections.

I vividly recall, for example, the election on Dec 2, 1972, which brought the Australian Labor Party (ALP) led by Gough Whitlam to power, creating the first Federal ALP government in 23 years. Within less than a month of coming to office, the Whitlam government established that formal recognition of the PRC on Dec 21, 1972. Soon after, in January 1973, Australia finally vacated its participation, as a US military ally, in the Vietnam War. These were radical steps. They asserted Australia’s independent sovereignty in a way not previously seen, not least because certain, key geopolitical decisions were taken without first seeking approval from Washington.

In fact, Whitlam made an extended visit to China in July 1971, with a number of advisors, when he was still Opposition Leader, which paved the way for the swift changes that followed after the 1972 election. That trip also set initial alarm-bells ringing in Washington.

Australia’s foremost investigative journalist, John Pilger, writing in the Guardian in 2014, said that a former CIA officer, Victor Marchetti, told him that a “kind of Chile [coup] was set in motion” by 1975, after Whitlam had demanded to know if the CIA were running a major spy-base at Pine Gap near Alice Springs in central Australia, intimating that his government might close this base down. This, according to Marchetti, “caused apoplexy in the White House”. (The base remains fully operational, with over 800 staff, to this day. It is still of vital importance to the US.)

On Nov 11, 1975, the Queen’s formal representative in Australia, the Governor General, Sir John Kerr controversially sacked Whitlam as Prime Minister relying on archaic, vice-regal reserve powers. This was despite Whitlam having a clear majority in the House of Representatives in the Australian Parliament. Kerr, who had been appointed by Whitlam, was known to have enduring connections with the Australian security services and with the CIA.

The chief, direct political beneficiary of this British-American coup (as Pilger called it) was Malcolm Fraser, the then leader of the Federal Opposition, Liberal Party. Fraser had been forewarned about what was set to happen. Kerr named him as a caretaker Prime Minister immediately after he sacked Whitlam. Fraser went on to win a very comfortable majority in the general election held a few months later.

Despite this outwardly advantageous outcome, Fraser subsequently formed essentially the same view as Whitlam about the way that Canberra’s extremely close relationship with Washington fundamentally undermined Australian sovereignty. Fraser was no fool. He would have sensed, uneasily, the offshore influences that had delivered the position of Prime Minister to him.

In 2014, Fraser published a book called Dangerous Allies. One reviewer described it as a 360-page polemic calling for an immediate end to Australia’s paradoxical relationship with the US. In a related interview Fraser maintained that, “We need the United States for defence, but we only need defence because of the United States”. In the same interview he argued that the biggest danger to Australia’s national interest arose from maintaining its very close, strategic dependence on America. “I happen to believe”, said Fraser, “that giving America the power to say when Australia goes to war is the most dangerous position that Australia can bear.”

The former PM also presciently argued, at that time, that: “Moving NATO east [to the] very borders of Russia, was bound to be regarded as a totally hostile act”.

As Fraser made his acutely stated case, Australia was already well on the way to setting a record within the OECD for the longest period of uninterrupted growth of any member-state. By 2020, when it was disturbed by the COVID pandemic, this had extended to 28 years. And the figures make it lucidly clear that this remarkable performance was a product, above all, of Australia’s extraordinarily successful, long-term trading relationship with China. These decades proved that what was good for China, economically, was even better for Australia.

Malcolm Fraser thought it was plainly wrong for successive governments in Canberra, Liberal and ALP, to have allowed US Marines to be stationed in Australia and for Pine Gap to be used for America’s extensive (and regularly lethal) drone program. He sharply asked, “If America [unilaterally] uses forces deployed out of Australia, how can an Australian Prime Minister say we are not involved?”

Both Whitlam and Fraser would have been appalled by the recent agreement to station nuclear capable US bombers near Darwin and the AUKUS decision, which has committed Australia to purchasing a fleet of nuclear-powered submarines at immense and rising cost. And all of this antagonistic military expenditure is primarily directed at Australia’s best ever, long-term trading partner. Both leaders would understand, deeply, that flicking the switch to glaring Sino-hostility is plainly not in Australia’s best interests but it is, above all, serving the interests of the US, which is gripped by a deeply disturbed project to suppress the rise – and very success – of China.

The war-hawks in Australia and Washington still sing robustly from the same khaki song sheet. But the current ALP government in Canberra has put away the Sino-phobic megaphone and there are some signs of deeper thinking afoot. In November 2021, Penny Wong, the new Australian Foreign Minister, highlighted Singapore’s excellent insights about China and the region, adding that the Singaporean Prime Minister, Lee Hsien Loong, is a thinker and a leader whose writing and speeches on these issues, I think, are second to none.

Moreover, one member of the Anglosphere, Five-Eyes intelligence alliance, New Zealand, has consistently shown how to maintain a firm, candid, respectful and mature relationship with Beijing. The New Zealand Prime Minister, Jacinda Arden, recently advised that she is planning to head a trade mission to Beijing in 2023, once border controls allow this.

In fact, Malcolm Fraser mapped out an international political aspiration that still makes far better sense for Australia than being, as Kishore Mahbubani, recently put it, the tip of a spear projecting Western power into Asia. The former PM envisioned Australia as, “An independent power cooperating with other middle powers to try and build a better and safer world and to espouse the principles of the United Nations.”

Meanwhile, all those in Canberra convinced about the manifest benefits said to flow from Australia being a super-glued ally of the US should be required to read a recent blistering article published in the journal, Foreign Policy, very carefully. Written by Professor Stephen Walt, of Harvard University, it is entitled: “The United States couldn’t stop being stupid if it wanted to”.