Branch stacking scandals are not new to Australian politics of whatever colour. Nor is the phenomenon new to the Catholic Church. In fact, the caper originated within Jesus’ inner circle and it hasn’t let up since.

The gold standard was set by the mother of James and John, two of Jesus’ first followers. On her knees she begged Jesus to grant her sons promotion to the top spots in the coming Reign of God (Mt 20: 20-28). Jesus declined the request but that setback never inhibited many of her sons’ successors down the ages transforming ecclesiastical branch stacking into an art form.

Occasionally upright men have issued cautionary reminders that appointments to positions of authority should be validated by the consent of the people. Hippolytus, Bishop of Rome (215 CE), proclaimed: “Let the bishop be ordained after he has been chosen by all the people”. Pope Leo I affirmed the same principle: “Let him who is to preside over all be elected by all”. And in 1054 CE, French Cardinal Humbert roundly condemned those clerics aspiring to episcopal office without reference to those who are the reason for the episcopate in the first place: “…. anyone who is consecrated as a bishop is first to be elected by the clergy then requested by the people and finally consecrated by the bishops with the approval of the Metropolitan archbishop….. Anyone who has been consecrated without conforming to all three rules is not to be regarded as a true, undoubted, established bishop nor counted among the bishops canonically created and appointed.”

In Australia, episcopal branch stacking in the Catholic Church began well before the early English Benedictine bishops, Polding and Vaughan, had completed their service. It was spearheaded by the ultramontane tragic, Cardinal Paul Cullen (1803-1878), Archbishop of Dublin. From the 1850s his influence in Rome enabled 12 of his personal relatives and former students to gain appointments to Australian bishoprics. His greatest success, in 1884, was the appointment of his nephew, Patrick Francis Moran, as first Irish Archbishop (later Cardinal) of Sydney. By 1885, 21 of the 33 men appointed to Australian bishoprics were Irish. Having an influential patron in Rome was as important then as it is today.

In 1876, Rome instructed the Australian hierarchy that henceforth the senior priests (Latin: Antistites) were to select the most suitable candidates for episcopal appointment. The Irish bishops automatically interpreted ‘Antistites’ to mean themselves, and nothing changed. By the 1880s an episcopal culture of visionless mediocrity and fawning dependency on Rome became synonymous with the Irish bishops in Australia.

It was not until 1897 and 1906, some 60 years after the Church had been operating, that the first two Australian-born clerics – sons of Irish immigrants – were appointed bishops. Both were consigned to the outback. Sadly, they and those who followed didn’t cut the umbilical cord.

In 1937, even before Sydney’s Irish Archbishop Kelly had died, the Apostolic Delegate, Archbishop Giovanni Panico, intervened decisively to break the stranglehold of the powerful Irish archiepiscopal troika of Mannix (Melbourne), Duhig (Brisbane) and Killian (Adelaide). On instructions from Rome, he installed the ‘smiling’ Norman Gilroy as co-adjutor to Kelly ‘with right to succession’ and had Mannix’s right-hand man, John Lonergan, appointed bishop of isolated Port Pirie. Thereafter, a brand new era of branch stacking opened up as the Australian power-brokers manoeuvred to install their own men in key dioceses. The practice of patronage didn’t change, only its accent.

The most destructive factors in any ecclesiastical institution are clericalism, careerism, sense of entitlement, privilege, social status, and monarchical authority, all with a gilt-edged guarantee that they derive from the will of God. The Catholic Church is no exception.

Many of Australia’s bishops have been the protégés of influential patrons in Rome, or of cliques in the hierarchy who prepare their favoured candidates for promotion well in advance. The sacral term is ‘elevation’, and with it comes a ‘pedestal’. More often than not, the patrons are mediocre men who fit the criterion of the Peter Principle, namely, people are always promoted or advanced to the level of their incompetence, whatever the field. It indicates something systemically dysfunctional in selection processes.

A stunning example of the Principle was at the 2017 public Catholic ‘Wrap up’ session of the Royal Commission into Institutional Responses to Child Sexual Abuse. Over two days, all five metropolitan archbishops were methodically questioned by the Commissioners to account for their governance. They were all out of their depth and struggled to respond to the secular authorities.

A few protégés of the great Stacker-in-Chief, George Cardinal Pell, still carry his ideological baggage. While some were courageous enough to break from the clique, others became, like Pell, culture warriors for a Christendom that had long ceased to exist. Nobody told them. But why should that matter when they ‘know everything’? Cognitive dissonance matters little with the warriors. According to canon law they are accountable to the Pope alone. The Pell Push still cling to the corpse of JP II the Great. The statues tell the story!

Of late, some of Pell’s protégés have been busy stacking the so-called ‘delegate’ ranks of the Plenary Council with their diocesan employees. And in stacking the 6 Writing and Discernment groups preparing the agenda papers for the Council, the NSW branch led the pack. Archbishop Fisher and his factional supporters succeeded in installing four of ‘his people’ into the chair positions, and captured 43% of the total membership. Nothing to be seen here!

While it becomes increasingly clear that the 2021/22 Plenary Council is being white-anted by the Sydney faction, Bishops Conference President Archbishop Mark Coleridge is busy with a counter message, saying “it’s the Holy Spirit who is actually in control”. Conveniently, it is the bishops alone who claim to know these things. Yet historically, the most reliable pub test for knowing if the Holy Spirit is doing the guiding is when the laity confirms it. They provide the Inspiration that God will not let the bishops completely destroy the Church. Someone should tell the bishops that and who better than Saint John Henry Newman? 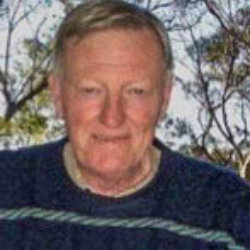