Parable for Australia Day: rewriting history with Japanese as victors

I recently wrote an article suggesting we should be sensitive to the pain our choice of the date of Australia Day causes our original inhabitants. A friend replied that we can’t bow to the opinion/demands of every minority group and change the date. I noted that a people who’d been here 300 times longer than us is hardly just another minority group and offered the following parable. I haven’t heard from him since.

The Japanese didn’t make that fatal mistake of bombing Pearl Harbour. They invaded down the Asian peninsula and the US never entered the war. England and Russia, knowing that without American help they couldn’t possibly win, sued for peace. The Japanese, not bled dry by the war against the US in the Pacific, proceeded with the Japanese Navy’s plan to invade Australia at their chosen point, Point Stephens.

They quickly overran the Australian defences and declared Australia Japanese territory. They weren’t particularly kind, regarding us as barbarians.  Those of us who survived the prison camps and mistreatment were allowed to continue living here but a huge Japanese migration program soon had Japanese outnumbering the very depleted survivors of the invasion by five to one, then 10 to one.

After a long delay we were reluctantly allowed to become Japanese citizens, although because the Japanese were very ethnocentric, most of us continued to suffer quite bad discrimination on the basis of our white skins. Because this discrimination was strongly evident in education and employment policies, most of us today are not nearly as wealthy as our invaders have become.

And because our invaders also treat us with scorn or condescension, most of us are psychologically scarred and can’t reach our full potential in any case.  Some of us have retreated inland to escape the ignominy and are living in shanty towns. Our conquerors offer this as proof that we weren’t fitted to survive in the modern world in any case.

When we finally gather the courage to protest at what’s happened to us, our rulers are incredulous and disdainful. They list the great benefits of advanced technology they have delivered. This includes around Australia fast rail that travels at 350kph and other such technological wonders we couldn’t possibly have achieved given our bordering on primitive levels of technological development when they invaded.

They celebrate their acquisition of our wide brown land on the day they landed and planted the Japanese flag at Port Stephens, March 19.  When the leaders of the remnants of our mob complain that it’s painful for this day to be our national day, as it reminds us that so many of our loved ones didn’t survive the invasion, our Japanese Prime Minister tells us to get over it – we’re only a minority after all. 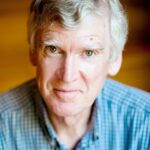