The Therapeutic Goods Administration must do better.

Almost 2 years after complaints about numerous hangover products were submitted to the TGA they have finally published one outcome. The TGA agreed there was insufficient evidence to support claims related to hangover relief.

This important result is buried in an obscure section of the TGA’s website, has not been publicised, and has yet to be applied to the many other products complained about.

During July to September 2018, complaints about seventeen hangover products were submitted to the TGA. It was suggested that these complaints should be prioritised because the name of the products, and the claims made, undermined public health messages about responsible drinking. There was also no scientific evidence that the varied ingredients in these products had any impact on hangover symptoms.

Specific claims included, ‘Enjoy your night out without the fear of a hangover the next day’, ‘Party with protection’ and ‘Australia’s best & scientifically proven Hangover Relief’. These claims were often accompanied (especially on social media) with images of multiple glasses of champagne and people happily clinking glasses of alcohol.

‘I used Rapid Recovery on a night out, after consuming more than a bottle of wine… I was amazed that the next morning I was able to get out of bed and function normally! No headache and no hangover depression!’.

‘I conducted a trial on the product after about 17 beers with no food other than a dreadful takeaway burger on the way home at 9:45 and can honestly give it a thumbs up! Further trials of 24 beers on a BBQ boat will have to take place soon, ha ha.’

The overall message of the product names, imagery, claims, and testimonials was that these products allowed people to drink to excess without experiencing a hangover the next day.

Complaints to the TGA pointed out the promotion of these products was misleading, deceptive, socially irresponsible and breached numerous provisions of the Therapeutic Goods Advertising Code. It was suggested that all hangover products should be cancelled from the Australian Register of Therapeutic Goods (ARTG) on public health grounds.

It was also noted that the TGA allowed a permitted indication for listed medicines that encouraged these products, ‘Helps decrease/reduce/relieve symptoms of occasional hangovers’. Given the lack of evidence to support this indication, it was suggested it should be revoked.

In November 2018 a colleague and I published an article in ‘The Conversation’ titled, ‘Science or Snake Oil: do hangover cures actually work?’. The number of ingredients in these products ranged from three to 33 with little consensus on which ingredients work. We found no scientific evidence supporting the ingredients used. An early draft of this article was sent to the TGA.

Subsequently, the failure of the TGA to address this issue was raised several times, including at the Therapeutic Goods Advertising Consultative Committee (TGACC) on which I represent Choice.

On 18 June 2020, another complaint was sent to the TGA reminding them about the 2018 complaints and pointing out claims for two new hangover products recently listed on the ARTG. One was ‘Recovery Enhance’ that claims ’Wake up refreshed!’, ‘Serious help for hangover symptoms’. The other was ‘NadVita N+ Hangover Relief’ which claims, ‘Relieves symptoms of hangovers’, this ‘comprehensive anti-hangover formula is designed to assist the body to effectively eradicate toxins from the system, relieving the symptoms and problems associated with overindulgence’. Once again, there was no evidence supporting these claims for the ingredients listed.

On 29 June 2020 I had a videoconference with senior TGA staff to discuss my concerns about the long delays in resolving hangover and other complaints.

On 3 July 2020, the TGA notified me that the results of compliance reviews of some hangover-related products had just been published on the TGA website. On page 2 of this report I found the outcome of a complaint about several hangover products sponsored by D & X Pty Ltd, first complained about in August 2018.

The review findings mirrored concerns expressed in complaints about many hangover products:

‘The label for the medicine may promote its use as a substitute for responsible drinking, which is inconsistent with the public health campaigns about the responsible drinking of alcohol and that minimising alcohol intake is the best way of reducing alcohol-related harm. The sponsor did not hold sufficient evidence to support claims related to hangover relief…. ‘.

The review outcome was:

‘Medicine is no longer permitted to be supplied. TGA required the sponsor to correct the issues with the medicine. The sponsor cancelled the medicine and withdrew it from further supply’.

However, at the time of writing, this product is still being promoted on the website first complained about in August 2018. In addition, this important review has been buried in an obscure section of the TGA’s website, has yet to be applied to the other hangover products and has not been publicised.

It is not available on the TGA, ‘Latest news & updates‘. It is not available on the Advertising Complaints and Investigations Information database. A search of the main TGA website for ‘hangover’ also has no information about the review of D & X Pty Ltd hangover products. Ironically, the results from this search highlight two ‘lawfully supplied’ hangover products that I have also complained about.

COVID-19 craziness has stimulated the TGA to deal with some complaints more effectively. A similar effort is required for other public health problems, including hangover and weight loss products. They must be prioritised and dealt with as a group, not individually (and long delayed). Permitted indications that encourage such products must be revoked. Testimonials should be banned. New ARTG entries must be scanned by TGA staff to immediately deal with obvious regulatory violations. Finally, sponsors of such products must be asked to provide their evidence supporting the claims made; if insufficient, the entire class of products must be delisted. 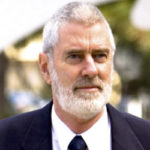