It’s not forensic rocket science: why we need a Criminal Cases Review Commission 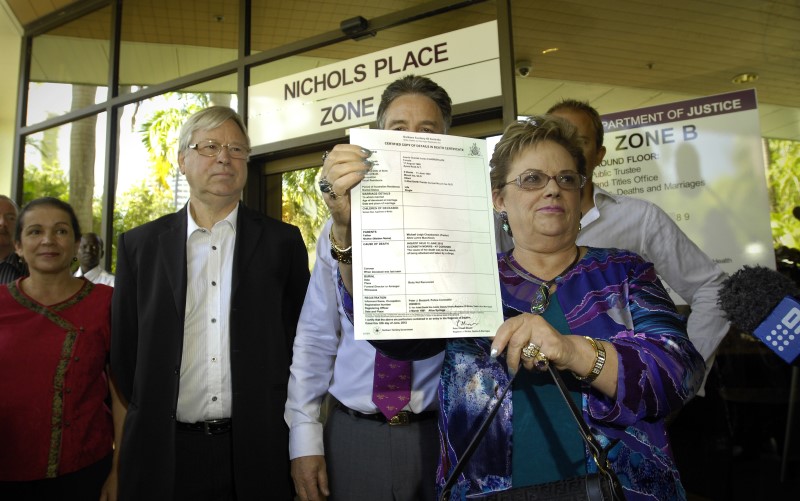 Most Australians implicitly trust the Australian legal system to convict the guilty and acquit the innocent. Generally, that trust is well-earned, although cases where complex expert evidence is central can be problematic.

This particular weakness has mostly defied remedy despite, for example, the efforts of the Australian Law Reform Commission. The weakness has two elements: the difficulty that judges and juries have in interpreting and weighing complex scientific and medical evidence, and the difficulty in determining the reliability of that evidence.

Such a weakness was at the heart of the worst miscarriages of justice seen in Australia (ie, Chamberlain in the Northern Territory, Splatt in South Australia) and elsewhere (eg, some of the more than 300 exonerations flowing from the USA Innocence Project). It is at the core of the on-going struggle of the courts to understand the so-called “shaken baby syndrome” and is exemplified by the current disquiet over the continued incarceration of Kathleen Folbigg in New South Wales.

It is not only in Australia that miscarriages of justice occur. More than 25 years ago, a Royal Commission on Criminal Justice in the United Kingdom examined a series of disturbing miscarriages of justice, leading to the establishment of a Criminal Cases Review Commission (CCRC). The CCRC provides a specialist independent mechanism for thorough review of convictions after the completion of all appeals but where concerns continue or emerge.

The first CCRC covered England, Wales and Northern Ireland. Similar commissions now exist in Scotland, Canada, New Zealand and Norway. Here we argue that a CCRC is needed in Australia for numerous reasons, not least because of the inevitable problems in handling scientific evidence. We also explain how a CCRC would relieve our state and territory attorneys-general of an unfair burden, and provide a necessary protection against injustice.

In many ways, scientific and medical evidence can mislead, or be misunderstood, misused or mistaken. The essence was captured at a national judicial conference in 1982 by the doyen of Australian forensic pathology at the time, the late Professor Vernon Plueckhahn. He told the assembled judges that “scientific evidence in the judicial process is the most elaborate form of interdisciplinary communication that has yet been attempted”.

What can go wrong (and this is an incomplete list):

In relation to unconscious biases, expert witnesses will tend to ally themselves with the case being presented by the legal team that has hired them. They are advised frequently that their primary duty is to the court but the existence of unconscious bias makes such advice of little value.

Should you doubt the power of such biases, consider this. The vast majority of doctors believe that they are immune to the promotional activities of drug companies — whether or not they provide material benefits to the doctor — yet the research evidence that such activities influence prescribing by doctors, to the benefit of the relevant drug company, is long recognised and overwhelming. Those doctors who believe that they are immune are not lying; they are simply unaware of the unconscious biases at work. Social science research shows that even when identified, unconscious biases continue to influence behaviour.

In our court processes, judges, barristers and jurors are also affected by unconscious biases but the potential impact is reduced by balancing factors, eg, through hearing two sides of the case as presented by legal adversaries and by having jurors to make a collective decision. Of greater concern is the difficulty that arises at times of judges and juries not fully understanding, and thus not able to appropriately weigh, the scientific evidence presented to them.

Our courts have long identified that there can be difficult issues surrounding the introduction and application of expert evidence. Many approaches have been adopted to seek to minimise the difficulties. The most widely applied are the nationwide and generally similar rules of the court for expert witnesses and their written reports. One example is the Federal Court’s Practice Direction Guidelines for Expert Witnesses in Proceedings.

A relatively novel approach, mentioned in the Practice Direction above, has been to use conjoint evidence, where expert witnesses from both sides of a case meet together to narrow their disagreements. They then give their evidence jointly, being examined and cross-examined concurrently in court. For tribunals not bound by strict rules of evidence, such as the federal Administrative Appeals Tribunal, tribunal members are also free to ask questions of the experts.

Another option sometimes used is the appointment by the court of one expert witness with the agreement of the parties — but this has its own problems.

In the US, the federal government funded an organisation, the Einstein Institute for Science Health and the Courts (EINSHAC), seeking to address such issues through a program to educate judges in science, a program that briefly found its way into the Federal Court of Australia. EINSHAC conferences were useful in that judges met scientists personally and learned a little about their approach to scientific problems.

Two- or three-day conferences clearly do not educate judges to a level comparable to that of an expert scientist but might sensitise them to the issues and deal with some of their questions and concerns, while fostering better communication between the parties. The process also opens the door to some judges going further to develop higher levels of understanding, which could serve as a resource within the judiciary.

Judges and barristers clearly strive to do their best when faced with complex scientific evidence. They presumably sleep better at night knowing that any decision by a jury or an individual judge may be appealed, perhaps even as far as the High Court. Nevertheless injustice can survive the appeals system, as was seen when the High Court refused leave for Edward Splatt to appeal the injustice done to him, and when it failed to recognise the flaws in the evidence against Lindy Chamberlain.

The latter was not only a wrong conviction but also a conviction of an innocent person. It survived the full hierarchy of our appeals system, demonstrating the power and the danger of misleading expert evidence and, by inference, the related problems of expert evidence being misunderstood, misused or mistaken. In the 40 years since, little has changed structurally in the legal system to deal with these problems.

Concerns about miscarriage of justice in the US and Australian legal systems have spawned active “innocence” projects — their existence should be a cause for alarm. There are numerous contributors to major miscarriages of justice; prominent among them are problems with expert evidence. We should also be uncomfortable that in Australia, as in the UK before the advent of its CCRC, the ultimate remedy for wrong convictions lies in the hands of state attorneys-general, elected politicians who are subject to the tempests of public opinion.

In the UK pre-CCRC, the home secretary (the equivalent of our attorney-general) would send four or five cases to the Court of Appeal out of 700 or so applications for post-appeal relief received annually from convicted prisoners. Since it became fully operational in 1997, the CCRC has sent an average of more than 30 such cases a year to the Court of Appeal, of which 66 per cent have been successful.

In our view, Australia urgently needs to establish its own CCRC at arms’ length from courts and politicians. It is simply not fair that, for example, Folbigg’s future now rests formally with the NSW governor, acting on the advice of the NSW attorney-general. Furthermore, it is an unreasonable burden to place on an elected politician.

Such a commission would relieve this burden (as is already the case for parole decisions), add an extra layer of protection to our legal system and save money spent on expensive judicial inquiries and royal commissions. 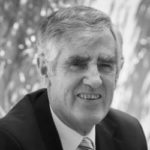 Kerry Breen AM is a retired physician and gastroenterologist and past President of the Medical Practitioners Board of Victoria. He is a co-author of Good Medical Practice: Professionalism, Ethics and Law, published in 2016 (4th ed). He is not formally trained in the law but has had nineteen years’ experience of participating in and chairing medical disciplinary inquiries and eight years of participating in and chairing hearings of the Federal Administrative Appeals Tribunal. 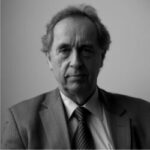 Stephen Cordner AM is emeritus professor of forensic medicine at Monash University. As a forensic pathologist he has functioned at the fascinating interface of law and medicine and was the foundation director of the Victorian Institute of Forensic Medicine. 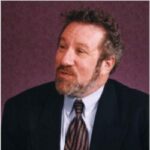