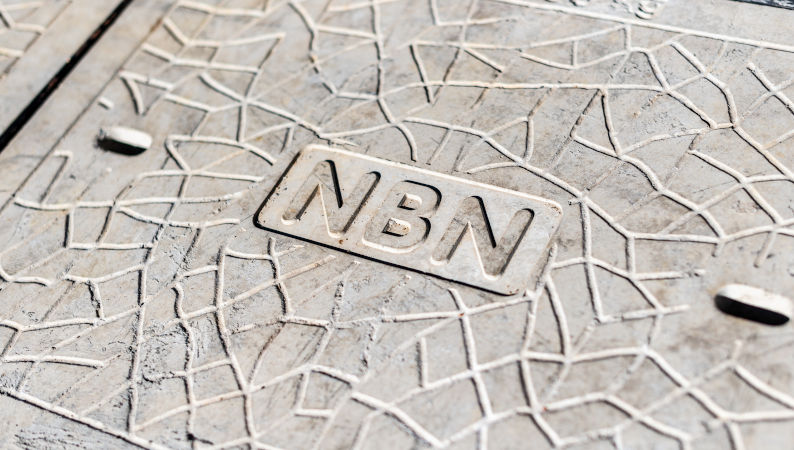 The previous Coalition Government under the Minister for Communication Malcolm Turnbull promised: ’a cheaper, good quality NBN, faster delivered’. It failed on all counts.

However, since it became clear that his government was unable to deliver on this promise, I knew that eventually something had to give. Instead of costing $25 billion as Mr Turnbull promised, the costs are now rapidly moving towards $60 billion. Under government policy, all of these costs had to be absorbed by the NBN company in the prices it charged to its retail customers.

It was clear to me and many others that this was an unsustainable proposition as that would make good quality, high-speed broadband services unaffordable to most Australians.

During most of the last decade I have argued that the Government eventually will have to write off something around $25 billion in order to make the NBN a more realistic commercial operation. I argued that a write-down was acceptable as the NBN was of national importance to all Australians.

During that same period the retail providers complained that as a consequence to government policies, the wholesale charges that NBN Co forced upon them where economically unsustainable. The NBN company has a monopoly on the wholesale of fixed broadband services to most of Australia. Their retailers totally depend on this company for the supply of broadband capacity for the services they offer to their customers.

As NBN Co had to include the enormous losses of the building of the network into their price settings this would drive consumer prices to such levels that customers would simply not use the service or at least not to the extent that good quality high-speed broadband has to offer.

As the previous government had totally botched up the project, they were unwilling to admit their mistakes and therefore unwilling to make any changes to this financially untenable situation.

Within months after the new Labor Government took over earlier this year, changes to the NBN were on the agenda. The Minister had most likely privately mentioned to the NBN company that its price and conditions policy was no longer acceptable and that it was willing to review its position on how to recoup the losses.

A new plan was launched last week, which basically saw a write down of just over $30 billion or approx. 80% of the losses. This was a bit higher than what I had suggested in previous years, around a 50% reduction, but then the costs had further blown out as the government in the meantime had decided to upgrade the faltering Fibre to the Node network to a proper fibre network. So, this should in principle allow the NBN company to re-establish itself on a much more financial sustainable footing and would result in more realistic prices and conditions for the retail providers.

It was also made clear that this financial correction had nothing to do with the operational side of the NBN Company that stays as is and they can continue to operate that business now on a much sounder financial basis. The write down applies only to costs associated with the roll out of the infrastructure for the NBN.

It is interesting to see the political angle to this as it is not presented as a direct write down by the government. The losses will be absorbed by the NBN company and, if still necessary, they will be revisited by 2040. This most likely also means that the NBN will stay in government hands at least till that time. By keeping it that way the governments doesn’t have to directly write off the loss, but as I mentioned they can organise it in such a way that the NBN – as a government owned business – can absorb the loss on their behalf.

If we go back 15 years when, I pro-bono advised the then Labor Government on the strategic issues of the NBN, I argued that the government should see the roll out of broadband infrastructure as a national utility for the good of all. The net benefits are social and economic. I argued that you should only charge the users for the ongoing operational costs. But that was not acceptable at that stage. What now indirectly is happening is that the government is ‘subsidising’ the roll out of the NBN to the amount of $31 billion.

While I disagree with the bungled way how this is now all coming together, my principal opinion remains that it is worthwhile for Australia as a country to use government (taxpayers) money for the building of digital infrastructure.

Of course, now nearly 15 years later it is no longer necessary to argue about the importance of a national broadband network for all Australian and its net benefits to our society and our economy. It is just a pity that in the intervening decade the issue became such a political football.

Paul Budde specialises in the strategic planning of government and business innovation and transformation around the digital, sharing and interconnected economy.