On 4 May 2020 the Project Team commissioned by the Australian bishops and religious superiors to review the Catholic Church’s governance and management structures, presented its 200-page final report. Its 86 recommendations include the need for greater transparency and co-responsibility. The decision of the bishops to withhold the report from public view for at least 6 months has shocked many Catholics.

The Australian Royal Commission into Institutional Responses to Child Sexual Abuse spent years trying to understand why Catholic bishops and religious superiors across the nation had covered up the abuse happening under their noses, why they had protected the paedophile priests and religious who had abused innocent boys and girls in their care, and why they had treated the victims with such meanness and disdain.

The Commission finally grasped that ‘clericalism’ – a belief by priests and bishops that they are superior to the lay faithful – and systemic dysfunctional governance on a massive scale were at the root of the problem. It therefore recommended in its 2017 Final Report that “the Australian Catholic Bishops Conference (ACBC) conduct a national review of the governance and management structures of dioceses and parishes, including in relation to issues of transparency, accountability, consultation and the participation of lay men and women” (Rec. 16.7).

It took 8 months for the ACBC and Catholic Religious Australia (CRA) to accept the recommendation, and another 7 months to get advice from an Implementation Advisory Group (IAG) on how the review should be undertaken. The IAG recommended a Governance Review Project Plan and a 7-member Review Project Team of predominantly lay experts chaired by former WA Supreme Court justice and current member of the Pontifical Council for the Protection of Minors, Neville Owen.

The IAG identified the essential elements of good governance as integrity, transparency, accountability, risk management, culture and ethics, consultation, inclusiveness, and the participation and genuine responsibility of men and women.

In March 2019 the ACBC and CRA approved the Plan and Project Team, as well as terms of reference, review methodology, and a final report deadline of 31 March 2020, in time for consideration at the ACBC’s May plenary meeting.

The 200-page report, titled The Light from the Southern Cross: Promoting Co-responsible Governance in the Catholic Church in Australia, was handed to the ACBC and CRA on 4 May 2020, 3 days before the meeting. With 86 recommendations it is, according to the ACBC , an ‘historic review’, and a ‘substantial and comprehensive contribution with far-reaching implications for the Church’s life and mission‘. It identifies, according to ACBC president, Archbishop Mark Coleridge, “key principles of good ecclesial governance, such as subsidiarity, stewardship, synodality, dialogue, discernment and leadership” and “offers important ideas on how the Church might enhance the leadership role of lay people and ensure appropriate co-responsibility at parish and diocesan levels.”

Full acceptance of the report’s recommendations on transparency, accountability, inclusion, and shared local responsibility in decision-making would have one clear and decisive effect: the elimination of the unilateral power and control that clerics have exercised over Australian Catholics since the hierarchy was established in 1842.

It was a profound shock, therefore, when the ACBC, presumably with CRA (its president is an observer at ACBC meetings) support, decided at its May meeting that it would lock down this historic report and withhold it from public view until some unspecified time after its next meeting in November. To ‘do justice to the report’, said the ACBC, they alone could read and discuss it among themselves in secret and at state level for the next 6 months, prepare for a full discussion at the November meeting, and then respond to it. Only after finalising their response will they make the report public: in short, a response without any consultation with the faithful.

This decision is the antithesis of everything recommended in the report on transparency and co-responsibility. It is a failure to recognize and accept the new paradigm from the word ‘go’, and a reneging on Coleridge’s earlier pledge that ‘business as usual’ cannot continue.

We would hope and expect that the ACBC and CRA – if it was co-author of this decision – will recognize their mistake, reconsider their decision, and release the report into the public domain as soon as possible, and certainly before the end of June 2020.

The ACBC says that ‘the report will undoubtedly contribute to the eventual formation of proposals to be considered during the Plenary Council’. But if the report’s proposals have to wait for the Council, now postponed to 2021 and 2022, those urgently needed reforms will be delayed another 2 years, plus 1-2 years more pending the Holy See’s tick of approval. It could be 2024 before church governance in Australia begins to change – 7 years after the Royal Commission’s recommendation.

It would be far better for the ACBC to share the report with the faithful immediately, consult with them on the implementation of the report’s recommended reforms, and allow the Church in Australia to move forward without waiting for the Council. The Council can then affirm the changes and legislate to ensure that all dioceses fall into line.

Dr Peter Wilkinson is a missiologist and co-author with Professor Des Cahill of the RMIT report on child sexual abuse. Dr Gail Grossman Freyne is a lawyer, mediator and author. Her latest book is The Curious Case of Inequality (ATF Press, 2016). 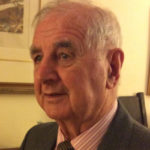 Dr Peter Wilkinson, DMiss.(PUG), BEd., is a missiologist and former Columban missionary priest. He has worked as Director of the Clearing House on Migration Issues (CHOMI) at the Ecumenical Migration Centre, Senior Research Fellow at the Australian Institute of Multicultural Affairs, and Guest Lecturer in Missiology at Yarra Theological Union. Dr Peter Wilkinson is a missiologist and co-author with Professor Des Cahill of the RMIT report on child sexual abuse. He is married and now retired.

Gail Grossman Freyne is a family therapist, mediator and author. Her most recent book is The Curious Case of Inequality: A Journey for Justice with Dorothy L. Sayers.