The $50 million spent on re-opening the Christmas Island detention facility just because it lost out on the Medevac bill was a every expensive Coalition dummy spit. Many politicians are starting to think there must be something special about them when they get re-elected, rather than it simply being a function of the system.

We objects of the political process might like to be able to add others such as ‘professional’ to describe the behaviour of our governments but currently, that seems unlikely. Even worse, recent political behaviour means that we are likely to need terms such as ‘pout’, ‘peevish’, ‘petulant’, ‘petty’ and ‘punishment politics’.

In her splendid 1998 novel Perverse Acts, Camilla Nelson has a character musing that if politicians get elected repeatedly, they begin to think there must be something special about them. They forget that the system has a major influence on their careers. The temptation is then to assume that no one can stand in their way because they have a personal mandate to rule. Should they encounter any opposition, they are likely to spit the dummy and think that the people they are meant to serve simply do not deserve them. They become spoilt brat politicians with an almost permanent pout.

In the 21st century, this egotistical process seems to happen immediately upon election. Numerous observers have noted that ministers in the Morrison Government really dislike being questioned or opposed. They deny that accountability is a part of their role. They have raised glib replies to an art form. They feel no responsibility to respond to the recommendations of reports and inquiries, and see no reason to be accountable to the press or the people.

There was a time when parliamentarians could see the humorous side when they suffered embarrassment. Today there is a distinct lack of humour. Perhaps open surliness and petulance in ministerial behaviour is no worse than smiling insouciance, but petty spitefulness seems to be increasing.

The Prime Minister has made explicit or implicit threats against China, Facebook and naturally the opposition. And we can cite again the treatment of traumatised Cobargo residents in the midst of devastating fires, when the prime minister tried to shake the hand of a reluctant woman. The Prime Minister deserves little respect when he fails to show it to ordinary Australians.

Punishment politics was obvious in the thinking behind the “Robodebt” scandal which probably cost lives. Having failed to avoid accountability when taken to court, the Government turned its attention to the cashless welfare card. What the two schemes share is a total disregard for the dignity of the people affected.

Ministers in the finance portfolios have suggested penalties for institutions that refuse to invest in fossil fuels. Banks and superannuation schemes have decided to divest on good principles. They know, as the Government should, that the future is limited for coal. Besides, investors do not want their funds to back non-renewables, quite possibly on ethical grounds. It is unclear whether the Government was more offended by defeat on an ethical issue for which it has no understanding or at having lost the argument. The nonsensical reference to ‘secondary boycotts’ is nothing but petulant rhetoric.

Other peevish reactions include threats to the funding of the ABC. The health minister, Greg Hunt, when asked about the Liberal Party logo on a ministerial press release, resorted to insulting interviewer Michael Rowland by alleging left-wing bias. Hunt is not known for patience, having had to apologise to the Mayor of Katherine for swearing.

Even more concerning is that the communications minister, who is not even directly responsible for the ABC, threatened the sacking of chairwoman Ita Buttrose over the content of a program. Apparently, the minister did not like what the program said about his political party.

And perhaps the most petulant behaviour of all concerns the Medevac bill. When the Government lost the debate over bringing asylum seekers to the mainland for medical treatment, it re-opened the Christmas Island detention facility, claiming it needed this as a base for evacuees. The cost was more than $50 million for the first six months of this dummy spit, just to show contempt for the parliament.

Also on the health issue, schools that took advice not to remain open at the height of the pandemic were told that their federal funding could be cut. The Morrison Government failed to win the argument and resorted to threats. 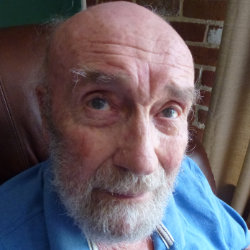