Reflections on those left behind in detention

Only a few weeks ago I stood at the Sydney Palm Sunday rally watching Thanush and Ramsiyar, two unbelievably brave young men, speaking to the crowd. These were the same men who I had walked into Parliament House with a month earlier, to deliver a petition of almost 37,000 signatures calling for the release of people seeking asylum and refugees held in immigration detention. This was just weeks after they themselves had been freed, after almost eight long years.

Through my work at the Refugee Advice and Casework Service (RACS), we had the opportunity to contribute to this petition and support the #TimeForAHome movement, and we have witnessed the huge community support for people like Thanush and Ramsiyar.

To see them walk so calmly into Parliament House – the place responsible for so many years of their suffering, was a stark reminder of how extraordinarily removed decision-makers are from their decisions. Thanush and Ramsiyar’s quiet strength in advocating for those they were forced to leave behind is truly courageous.

I remember standing quietly with my colleague feeling overwhelmed with emotion – neither of us really knowing what the right thing was to say.

In the early months of this year, my phone pinged with another notification that people were being released from detention. I felt a joyous sense of relief realising that one of these people was a young person, who I and another lawyer had spent many years supporting.

It had been a battle for them to make it to Australia, after being detained for so long offshore, and when they arrived they were so unwell. To see them come so far but then be faced with further limbo and detention, it felt like reaching the end of a marathon but being told there were many more laps to go.

So when my phone pinged that day, my fellow lawyer and I sat together on the phone, feeling indescribable relief and repeating over and over how incredible it was for this young person.

It’s not only the people I know that I am joyous for; it’s also the people I don’t know. It feels strange to be that overcome with emotion for people I’ve never spoken to, but I’ve been witness to the pain of many in detention for more than a decade. I’ve seen the scars form on men, women and children. Scars that I know will last a long time.

It is this that fills me with dread. How many of the people are still left behind, trapped. With every phone call of relief, there is another person left in growing agony, “why not me?”. It’s now been many weeks since we heard of groups of people being released, I long for my phone to ping again.

I continue to be perplexed by the almost erratic nature in which releases take place.  Those who have a lawyer. Those who don’t. Those who are still unwell. Those who have received treatment. On track for US Resettlement, or exploring the option of Canada. There is no common thread, but for their detention and having been sent offshore.

But then I remind myself of the arbitrary and harmful nature of offshore processing. As a human being I have never been able to comprehend it. But as a lawyer, I am floored.

People were sent offshore through an arbitrary date system, something completely beyond any personal control. Transfers to Australia for those who became sick were completely sporadic. The Medevac process created some sense to this, but sadly it was short-lived.

As I write this, I am desperately aware that in March we marked three years since the Biloela family – Priya, Nades and their two young girls were taken from their home and detained. They are not offshore, but they are on Christmas Island, completely isolated from friends and supporters. It would seem, not even the Shadow Minister for Immigration is able to visit them without significant hurdles.

It’s hard for me to comprehend that despite all that was documented in 2014 The Forgotten Children: National Inquiry into Children in Immigration Detention, we’ve continued to detain children for even longer, and still on Christmas Island.

For those who have finally been released from detention, I can’t imagine how they must be feeling. Despite years spent locked up, and the uncertainty created by receiving temporary visas which are only valid for a matter of months, they are seen as the lucky ones.

The immediate task of finding a place to live, finding a job, opening a bank account, getting an ABN, registering with Medicare, understanding what a Myki or Opal card is, will all have to be dealt with whilst navigating a new community, place and for some, culture.

All of this, whilst carrying the burden of the ordeal you are expected to have left behind with this newfound “freedom”. It seems yet another lottery, in which all outcomes of these policies, procedures and processes only leads to exasperate vulnerable people.

Seeing people being released and the incredible community support, over the last couple of months, shows we can be a force for change. We can send a message and can stand for those our policies have tried to hide, behind locked doors and frosted windows.

But the road ahead is still a long one and the marathon is not yet over.

As I sit at home in safety with my family, having enjoyed a quiet weekend, the privilege of what I have is stark.

I start to plan the week ahead for the RACS team and have the all too familiar sinking feeling of how much harm Australian policies are causing people who came to Australia seeking safety; men, women and children who come to RACS for support.

I find it devastating that these individuals and families came to Australia believing that we would protect them, but instead, we continue to inflict distress through detention, temporary protection and family separation.

They believed we would support their families to heal from their trauma, but instead, we exasperate it.

Just last week it was announced that a single company running Australia’s offshore processing regime on Nauru has been paid more than $1.4 billion over the past five years, with an additional $221m added two months ago. That is despite there being no new people seeking asylum sent there since 2014. The cost to taxpayers has been escalated by more than 17,600%. This is the monetary cost, but what of the human cost? How do we begin to account for this?

When I read these articles I can’t help but despair at what this money could be spent on, at how many lives could be made a little more manageable by allowing people to live in the Australian community, instead of locking them up in indefinite immigration detention.

The need for policy reform is huge. All we can do is continue to fight for these men, women and children who have suffered so much. 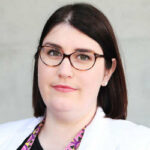 Sarah Dale is the Centre Director and Principal Solicitor at Refugee Advice and Casework Service (RACS). Sarah joined RACS as a Solicitor in 2013 after spending a number of years working with people seeking asylum and refugees in visa cancellation and civil law issues. She became Principal Solicitor in 2016 and has led RACS in responding effectively to a shifting policy environment over recent years. In 2017, Sarah participated in the UNHCR Expert Roundtable on family reunification in Brussels, and in consultation with the UN Special Rapporteur on Human Rights Defenders at York University.