The Anzac myth and the Frontier Wars we wilfully ignore. 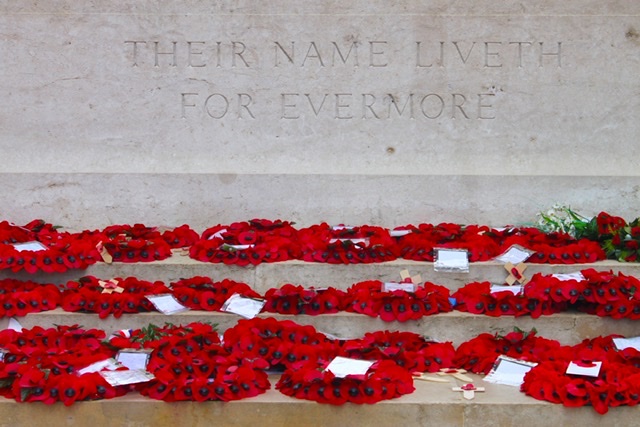 Conservatives and militarists want us to cling to a disastrous imperial  war. They encourage us to focus on how our soldiers fought in order to avoid the central issue of why we fought.  We fought in WW1 for Britain’s imperial interests not our own.The AIF was the Australian Imperial Force. It could not be clearer.

And we won’t face up to the genocide of our Frontier Wars.

World War I is depicted as the glorious starting point of our nation,  our coming of age!  It was nothing of the sort. It was a sign of our international immaturity and dependence on others. What was glorious about involving ourselves in the hatreds and rivalry of European powers that had wrought such carnage in Europe over centuries? Many of our forebears came to Australia to get away from this. But conservatives, our war historians and colonel blimps choose deliberately to draw us back to the stupidities and hatreds of Europe.  They encourage us to focus on how our soldiers fought in order to avoid the central issue of WHY we fought.

It seems that the greater the political and military stupidity of wars that we have been involved in, the more we are encouraged to  hide behind the valour of our service people at Gallipoli, the Western Front and elsewhere.The ‘leadership’ of Winston Churchill and General Ian Hamilton were catastrophic both for the British and for us. Australian and New Zealand forces at Gallipoli were commanded by a British General. No hiding behind the sacrifice of troops can avoid the facts. We should not have been there and it was a disaster.

Unfortunately the more we ignore the political and military mistakes of the past, the more likely we are to make similar mistakes in the future. And we keep doing it. If we had a sense of our calamitous involvement in wars in the past like WW1 we would be less likely to make foolish decisions to involve ourselves in wars like Vietnam, Iraq and Afghanistan and maybe Taiwan.

Our history is littered with tragic military adventures, being led by the nose by either the UK or the US.  It goes on through the Boer War, the Sudan War and more recently, Vietnam, Iraq and Afghanistan. In all these cases, and just like WWI, we desperately hide behind the valour of our service people.

The most important and justified war in which we have fought as a nation in the last century was WWII, in defence of our own people and land. But WWII is rated by the Australian War Memorial and so many others as of much less significance.  WW1 Is the Holy Grail.

Pope Francis describes arms manufactures as ‘merchants of death’. Yet these merchants of death generously fund the AWM to help fill the minds of young and old alike to the glories and hardware of imperial wars.It rejects any real memorial to the Frontier Wars, the most significant wars in our short European history. The AWM governance believes that Frontier Wars  are a matter for the Australian Museum. What planet do those people think we live on!

On April 25 each year we are told that the great sacrifice of WWI was in defence of freedom and the right. But I don’t think that they even believe it themselves. It just does not ring true. Tony Abbott said it was a ‘just war’. But he did not explain what was ‘just’ about it. It is claimed that it united this country, but it divided us in a way that we had never been divided before or since with Billy Hughes exploiting the anti-Irish and anti-Catholic sentiment in the country over conscription. Only 30% of eligible men chose to enlist. WWI was a great divider. It was not a unifier despite the platitudes of Anzac Day.

We sent soldiers to Afghanistan at the ‘request’ of the US. We are now withdrawing them because the US realises after 20 years that it was all in vain and at terrible cost particularly for the Afghan people. And then to justify our involvement in a war triggered initially by the invasion of Iraq, Scott Morrison says that  in Afghanistan our soldiers ‘served in the name of freedom’. What nonsense. What a cover up for our complicity in helping to promote US imperialism and it’s determination to secure oil supplies from the Muslim lands of the Middle East.

In relation to our population, our greatest loss of lives was in the Frontier Wars where over 30,000 First Nation People died in defence of their own land. But we ignore it in favour of the myths of Anzac. Best we forget the Frontier Wars.

The Frontier Wars were the beginning of a great genocide in Australia . The frontier killings were followed by policies of assimilation to breed out the indigenous race. Our First Nation People were herded into missions.Children were separated from their families.This was genocide in our own land. At least we have now  moderated from genocide to human rights abuses.

Yet the genocide we hear about most today is alleged genocide in China. What hypocrites we are.

The early and remarkable achievements of this young country at the turn of the century and early in the 19th Century are blotted out by the blood and blather of WWI, ANZAC and Gallipoli. We talk endlessly about the Gallipoli landings. A more honest description would be the invasion of Turkey to support Imperial Britain.

Federation in 1900 was a remarkable achievement, pulling together our six colonies into a nation. We led the world in universal suffrage, the rights of women, industrial democracy and the minimum wage. The ‘Australian ballot’ or secret ballot was progressively adopted in the Australian states in the latter half of the nineteenth century. We were a world leader. Our ballot was adopted in  Canada, UK and US. NZ was a few years ahead of us.

In 1904 Australia’s Labor Government was the first in the world. The rights of working people as expressed in the Harvester Judgement of 1907 put Australia as a leader on the world stage. We were an advanced social laboratory. Before WWI there were two decades of remarkable nationhood and advancement for ordinary people.

But conservatives were frightened of the future. They wanted to drag us back to the heart break of the past. And they succeeded with the help of Billy Hughes .

In the process we broke our own heart – or as Marilyn Lake has expressed it: ‘WWI fractured the nation’s soul’.

It is time we were honest with ourselves and discounted the myths of WWI, ANZAC and Gallipoli.

Instead we should celebrate the two remarkable decades of progress before the catastrophe of WWI. And never forget the Frontier Wars.

See also ‘The Wars we would rather forget.’