The Ukraine War and the ‘Good Refugee’ 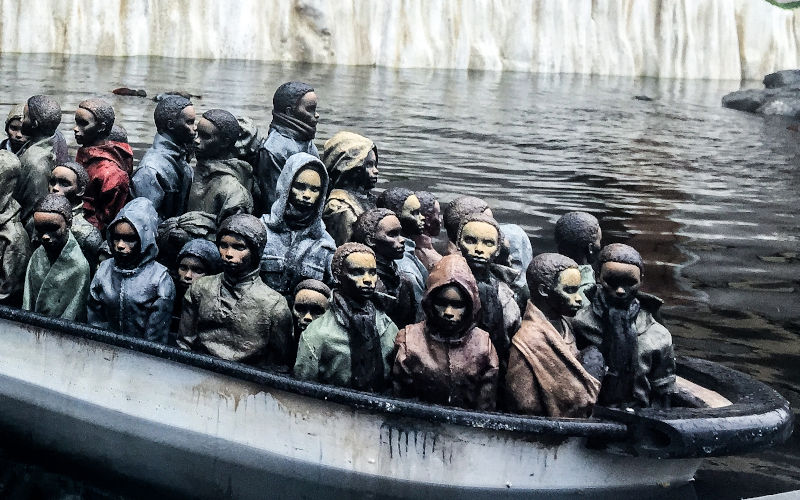 Globally, the war in Ukraine is now giving countries a chance to be very moral to the right type of refugee. Image: Flickr / Tom Sharman

In the history of accepting refugees, countries have shown more than an erratic streak. Universal human characteristics have often been overlooked in favour of the particular: race, cultural habits, religion. Even immigration nations, such as the United States and Australia, have had their xenophobic twists and turns on the issue of who to accept, be they victims of pogroms, war crimes, genocide, or famine.

The Russian attack on Ukraine has already produced refugees in the hundreds of thousands. By March 2, with the war one week old, 874,000 people were estimated to have left Ukraine. The UN High Commissioner for Refugees (UNHCR) estimates that up to four million may leave, while the European Union adds a further three million to the figure.

This is already producing a growing capital of hypocrisy on the part of receiving states who have shown deep reluctance in accepting refugees of other backgrounds from other conflicts. Tellingly, some of these conflicts have also been the noxious fruit of campaigns or interventions waged by Western states.

Offers of generosity – least to fair Ukrainians – are everywhere. Poland, which will be a major recipient and country of passage for many Ukrainians, is showing ample consideration to the arrivals as they make their way across the border. They find themselves playing moral priests of salvation.

A report from the UNHCR notes facilities at various border crossings stocked with “food, water, clothes, sleeping bags, shoes, blankets, nappies and sanitary products for people arriving with only what they can carry.” Anna Dąbrowska, head of Homo Faber, notes the sentiment. “Our two peoples have always had close relations… Of course, we help our neighbours!”

Such solidarity has been selective. Those of African and Middle Eastern background have faced rather different treatment at the border – if and when they have gotten there. The number of accounts of obstructions and violence both within Ukraine and at the border, are growing.

Polish authorities have also been accused of explicitly targeting African students by refusing them entry in preference for Ukrainians, though the Polish Ambassador to the UN told the General Assembly on February 28 that this was “a complete lie and a terrible insult to us.” According to Krzysztof Szczerski, as many as 125 nationalities have been admitted into Poland from Ukraine.

The sceptics have every reason to be doubtful. Only last year, Minister of the Interior Mariusz Kamiński, and the National Defence Minister, Mariusz Błaszczak, gave a very different impression of welcome, suggesting that refugees of swarthier disposition – those from the Middle East, in particular – were immoral types tending towards bestiality. Such arrivals were also accused of being weapons used by the Lukashenko regime in Belarus as part of a program of “hybrid warfare”. President Adrzej Duda also signed a bill into law to construct what has been described as “a high-tech barrier on the border with Belarus to guard against an influx of irregular migrants.”

It’s all well to accuse the Russians of disinformation, but Polish authorities have not been averse to sowing their own sordid variants, targeting vulnerable arrivals and demonising them in the process. In 2021, those fleeing Afghanistan, Syria, Iraq and Yemen were left stranded by their hundreds in the freezing woods along the Polish-Belarusian border. Eight individuals perished.

In this cruel farce of inhumanity, the European Union, along with Poland and the Baltic States, notably Lithuania, must shoulder the blame. The President of the European Council, Charles Michel, has been openly calling Lukashenko’s fashioning of irregular arrivals as “a hybrid attack, a brutal attack, a violent attack and a shameful attack.” Doing so makes it easier to care less.

Globally, the war in Ukraine is now giving countries a chance to be very moral to the right type of refugee. They are fleeing the ravages and viciousness of the Russian Bear, the bully of history; this is an opportunity to show more accommodating colours. If nothing else, it also provides a distracting cover for the more brutal policies used against other, less desirable irregular arrivals.

This is a strategy that is working, with media outlets such as USA Today running amnesiac pieces claiming that Ukrainian families, in fighting “Putin’s murderous regime”, were engaged in a “battle … for life and death; there is no time for debates about political correctness.”

Countries in Western Europe are also showing a different face to those fleeing Ukraine. The UK, which is seeking to adopt an Australian version of refugee processing – the use of distant offshore islands and third countries, lengthy detention spells and the frustrating of asylum claims – has now opened arms for 200,000 Ukrainian refugees.

Distant Australia, whose participation in the illegal war against Iraq which produced refugees and asylum seekers that would eventually head towards the antipodes, is now offering to accept a higher intake of refugees from Ukraine and “fast track” their applications. The same politicians speak approvingly of a system that imprisons asylum seekers and refugees indefinitely in Pacific outposts, promising to never resettle them in Australia. The subtext here is that those sorts – the Behrouz Boochani-types – deserve it.

In the words of the Asylum Seeker Resource Centre (ASRC), “The Morrison Government has presided over the dismantling of Australia’s refugee intake, leaving Australia unable to adequately respond to emergencies”, with 2022 “marking the lowest refugee intake in nearly 50 years.” True, the global pandemic did not aid matters, but COVID-19 did little in terms of seeing a precipitous decline in refugee places. Australia’s refugee intake cap was lowered from 18,750 persons in 2018-2019 to 13,750 in 2020-2021.

Such a “fast tracking” sentiment for select refugee groups is not new in Australia’s recent history. In 2018, then Home Affairs Minister Peter Dutton wished for such treatment to be applied to white South African farmers allegedly facing “persecution” by an expropriating majority black government. They were the “sorts of migrants that we want to bring into our country” and would “work hard” and show a willingness to “contribute to a country like Australia.” It was a proposal too rich even for his fellow front benchers to accept.

Former Prime Minister Tony Abbott, in an echo of his 2015 view that Syrian Christians, not Muslims, should be given priority in Australia’s refugee intake, has urged the prioritisation of Ukrainian applications. He tries to throw us off the ethnic scent by suggesting a model similar to that granting temporary protection for 4,000 refugees from Kosovo in 1999. But as defender of European Christian civilisation in the face of a swarthy Muslim invasion, and praised by Hungary’s Viktor Órban, himself keen to boost Christ’s followers through demography, the preference for good Christian refugees, is clear.

The reduction of the humanitarian intake has taken place despite Canberra’s role in a range of conflicts that have fed the global refugee crisis. Australia’s failure in Afghanistan, and its imperilling of hundreds of local translators and security personnel, only saw a half-hearted effort in opening the doors. The effort was characterised by incompetence and poorly deployed resources.

The grim reality in refugee politics is that governments always make choices and show preferences. “Talk of moving some applications ‘to the top of the pile’ pits the most vulnerable against each other,” opines the critical founder of the ASRC, Kon Karapanagiotidis. “This is a moral aberration and completely out of step with the Australian public.”

Sadly, the good people at the ASRC are misreading public sentiment. This is an election year; accepting Ukrainian refugees will be seen as good politics, just as indefinitely detaining boat arrivals from impoverished and war-ravaged lands – many Muslim majority states affected by the policies of Western states – will continue to be praised.