US created Ukraine mess, now it must repair Russia relationship 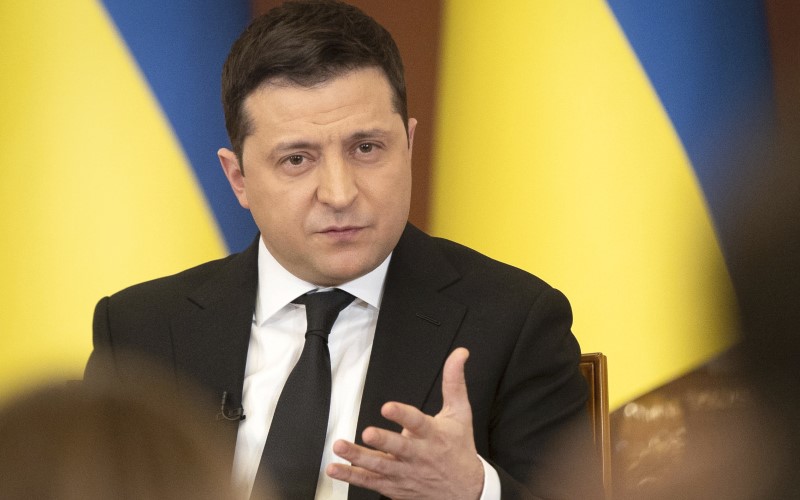 Western media accounts of the current Ukraine crisis are forgetting the US’s role in the 2014 coup, which forced the then-president to flee.

So what are Americans to believe about the rising tensions over Ukraine? The United States and Russia both claim their escalations are defensive, responding to threats and escalations by the other side, but the resulting spiral of escalation can only make war more likely. Ukrainian President Volodymyr Zelensky is warning that “panic” by US and Western leaders is already causing economic destabilisation in Ukraine.

US allies do not all support the current US policy. Germany is wisely refusing to funnel more weapons into Ukraine, in keeping with its long-standing policy of not sending weapons into conflict zones. Ralf Stegner, a senior Member of Parliament for Germany’s ruling Social Democrats, told the BBC on January 25 that the Minsk-Normandy process agreed to by France, Germany, Russia and Ukraine in 2015 is still the right framework for ending the civil war.

“The Minsk Agreement hasn’t been applied by both sides,” Stegner explained, “and it just doesn’t make any sense to think that forcing up the military possibilities would make it better. Rather, I think it’s the hour of diplomacy.”

By contrast, most American politicians and corporate media have fallen in line with a one-sided narrative that paints Russia as the aggressor in Ukraine, and they support sending more and more weapons to Ukrainian government forces. After decades of US military disasters based on such one-sided narratives, Americans should know better by now. But what is it that our leaders and the corporate media are not telling us this time?

The most critical events that have been airbrushed out of the West’s political narrative are the violation of agreements Western leaders made at the end of the Cold War not to expand NATO into Eastern Europe, and the US-backed coup in Ukraine in February 2014.

Western mainstream media accounts date the crisis in Ukraine back to Russia’s 2014 reintegration of Crimea, and the decision by ethnic Russians in Eastern Ukraine to secede from Ukraine as the Luhansk and Donetsk People’s Republics.

But these were not unprovoked actions. They were responses to the US-backed coup, in which an armed mob led by the neo-Nazi Right Sector militia stormed the Ukrainian parliament, forcing the elected president Viktor Yanukovych and members of his party to flee for their lives. After the events of January 6, 2021, in Washington, that should now be easier for Americans to understand.

The remaining members of parliament voted to form a new government, subverting the political transition and plans for a new election that Yanukovych had publicly agreed to the day before, after meetings with the foreign ministers of France, Germany and Poland.

The US role in managing the coup was exposed by a leaked 2014 audio recording of Assistant Secretary of State Victoria Nuland and US Ambassador Geoffrey Pyatt working on their plans, which included sidelining the European Union (“f*** the EU”, as Nuland put it) and shoehorning in US protege Arseniy Yatsenyuk (“Yats”) as prime minister.

At the end of the call, Pyatt told Nuland, “… we want to try to get somebody with an international personality to come out here and help to midwife this thing.”

Nuland replied (verbatim), “So on that piece Geoff, when I wrote the note, [Biden’s National Security Advisor Jake] Sullivan’s come back to me VFR [very quickly?], saying you need [vice president Joe] Biden and I said probably tomorrow for an atta-boy and to get the deets [details?] to stick. So Biden’s willing.”

It has never been explained why two senior State Department officials who were plotting a regime change in Ukraine looked to Biden to “midwife this thing,” instead of to their own boss, secretary of state John Kerry.

Now that the crisis over Ukraine has blown up with a vengeance during Biden’s first year as president, such unanswered questions about his role in the 2014 coup have become more urgent and troubling. And why did Biden, as president, appoint Nuland to the number four position at the State Department, despite (or was it because of?) her critical role in triggering the disintegration of Ukraine and an eight-year-long civil war that has so far killed at least 14,000 people?

Both of Nuland’s hand-picked puppets in Ukraine, Yatsenyuk and president Petro Poroshenko, were soon mired in corruption scandals. Yatsenyuk was forced to resign after two years and Poroshenko was outed in a tax evasion scandal revealed in the Panama Papers. Post-coup, war-torn Ukraine remains the poorest country in Europe, and one of the most corrupt.

The Ukrainian military had little enthusiasm for a civil war against its own people in Eastern Ukraine, so the post-coup government formed new “National Guard” units to assault the separatist People’s Republics. The infamous Azov Battalion drew its first recruits from the Right Sector militia and openly displays neo-Nazi symbols, yet it has kept receiving US arms and training, even after Congress explicitly cut off its US funding in the FY2018 Defense Appropriation bill.

In 2015, the Minsk and Normandy negotiations led to a ceasefire and the withdrawal of heavy weapons from a buffer zone around the separatist-held areas. Ukraine agreed to grant greater autonomy to Donetsk, Luhansk and other ethnically Russian areas of Ukraine, but it has failed to follow through on that.

A federal system, with some powers devolved to individual provinces or regions, could help to resolve the all-or-nothing power struggle between Ukrainian nationalists and Ukraine’s traditional ties to Russia that has dogged its politics since independence in 1991.

But the US and NATO’s interest in Ukraine is not really about resolving its regional differences, but about something else altogether. The US coup was calculated to put Russia in an impossible position. If Russia did nothing, post-coup Ukraine would sooner or later join NATO, as NATO members already agreed to in principle in 2008. NATO forces would advance right up to Russia’s border and Russia’s important naval base at Sevastopol in the Crimea would fall under NATO control.

On the other hand, if Russia had responded to the coup by invading Ukraine, there would have been no turning back from a disastrous new Cold War with the West. To Washington’s frustration, Russia found a middle path out of this dilemma, by accepting the result of Crimea’s referendum to rejoin Russia, but only giving covert support to the separatists in the East.

In 2021, with Nuland once again installed in a corner office at the State Department, the Biden administration quickly cooked up a plan to put Russia in a new pickle. The United States had already given Ukraine $2 billion in military aid since 2014, and Biden has added another $650 million to that, along with deployments of US and NATO military trainers.

Ukraine has still not implemented the constitutional changes called for in the Minsk agreements, and the unconditional military support the United States and NATO have provided has encouraged Ukraine’s leaders to effectively abandon the Minsk-Normandy process and simply reassert sovereignty over all of Ukraine’s territory, including Crimea.

In practice, Ukraine could only recover those territories by a major escalation of the civil war, and that was exactly what Ukraine and its NATO backers appeared to be preparing for in March 2021. But that prompted Russia to begin moving troops and conducting military exercises, within its own territory (including Crimea), but close enough to Ukraine to deter a new offensive by Ukrainian government forces.

In October, Ukraine launched new attacks in Donbass. Russia, which still had about 100,000 troops stationed near Ukraine, responded with new troop movements and military exercises. US officials launched an information warfare campaign to frame Russia’s troop movements as an unprovoked threat to invade Ukraine, concealing their own role in fueling the threatened Ukrainian escalation that Russia is responding to. US propaganda has gone so far as to preemptively dismiss any actual new Ukrainian assault in the East as a Russian false-flag operation.

Underlying all these tensions is NATO’s expansion through Eastern Europe to the borders of Russia, in violation of commitments Western officials made at the end of the Cold War. The US and NATO’s refusal to acknowledge that they have violated those commitments or to negotiate a diplomatic resolution with the Russians is a central factor in the breakdown of US-Russian relations.

While US officials and corporate media are scaring the pants off Americans and Europeans with tales of an impending Russian invasion of Ukraine, Russian officials are warning that US-Russian relations are close to the breaking point. If the United States and NATO are not prepared to negotiate new disarmament treaties, remove US missiles from countries bordering Russia and dial back NATO expansion, Russian officials say they will have no option but to respond with “appropriate military-technical reciprocal measures.”

This expression may not refer to an invasion of Ukraine, as most Western commentators have assumed, but to a broader strategy that could include actions that hit much closer to home for Western leaders.

For example, Russia could place short-range nuclear missiles in Kaliningrad (between Lithuania and Poland), within range of European capitals; it could establish military bases in Iran, Cuba, Venezuela and other friendly countries; and it could deploy submarines armed with hypersonic nuclear missiles to the Western Atlantic, from where they could destroy Washington, DC in a matter of minutes.

It has long been a common refrain among American activists to point to the 800 or so US military bases all over the world and ask, “How would Americans like it if Russia or China built military bases in Mexico or Cuba?” Well, we may be about to find out.

Hypersonic nuclear missiles off the US east coast would put the United States in a similar position to that in which NATO has placed the Russians. China could adopt a similar strategy in the Pacific to respond to US military bases and deployments around its coast.

So the revived Cold War that US officials and corporate media hacks have been mindlessly cheering on could very quickly turn into one in which the United States would find itself just as encircled and endangered as its enemies.

Will the prospect of such a 21st century Cuban Missile Crisis be enough to bring America’s irresponsible leaders to their senses and back to the negotiating table, to start unwinding the suicidal mess they have blundered into? We certainly hope so. 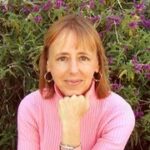 Medea Benjamin, co-founder of Global Exchange and CODEPINK: Women for Peace, is the author of the 2018 book, "Inside Iran: The Real History and Politics of the Islamic Republic of Iran". Her previous books include: "Kingdom of the Unjust: Behind the US-Saudi Connection" (2016); "Drone Warfare: Killing by Remote Control" (2013); "Don’t Be Afraid Gringo: A Honduran Woman Speaks from the Heart" (1989), and (with Jodie Evans) "Stop the Next War Now (Inner Ocean Action Guide)" (2005).

Nicolas J.S. Davies is an independent journalist, a researcher with CODEPINK and the author of Blood On Our Hands: the American Invasion and Destruction of Iraq.