Because of our membership of the Five Eyes, New Zealand’s ability to act independently is seriously restricted.

As World War II drew to a close, the anti-Nazi alliance which had won the war was already imploding.

The United States and Great Britain, the two major western members of this alliance, began to cooperate closely on anti-Soviet intelligence-gathering at an early stage. What we today know as the Five Eyes began life as the two eyes.

In the meantime both Canada and Australia were invited to join, making up a total of four members. While Canada was already a military middle power of some significance, Australia then played second fiddle to a weakening Great Britain.

In terms of military and intelligence-gathering capacity it is not immediately apparent why New Zealand was invited to join, in 1956. We were not a military power by any stretch of the imagination. Nothing is officially known about the rationale for New Zealand’s inclusion in this exclusive white post-colonial club. A former head of New Zealand’s intelligence services valued the fact that he was welcomed into the homes of his counterparts in the Five Eyes club, frequently enjoying golf with them and dinner with their families. In the 1950s, especially where the British were concerned, spycraft was still a gentlemen’s occupation.

But as the Soviet Union was collapsing, the nature of intelligence‑gathering was being completely transformed, initially from US spy stations in Australia and New Zealand, and later by the US National Security Agency (NSA), which was secretly developing its capacity to hoover up all communications of any kind, and to analyse this rich material with extraordinarily powerful computers, in a programme called ECHELON.

When Edward Snowden leaked this information, backed up by hundreds of thousands of previously highly classified documents, the US political and intelligence establishment was shaken to its foundations. However, instead of rewarding Snowden for his public-spirited initiative the establishment declared him to be a rogue, a rascal and a traitor. He had to seek asylum in Putin’s Russia, where he still languishes in exile.

In the meantime the NSA continues to hoover up prodigious volumes of data. We also know that one way in which Five Eyes partners show and share mutual respect and trust is by spying on each other, although they have formally undertaken not to do so. For example, the US embassy in Wellington plays a key role in collecting sensitive data about leading political and other figures in New Zealand.

The Five Eyes sully themselves with their relentless and all-enveloping violations of the privacy and the legal rights of their citizens. Just how much do Prime Minister Jacinda Ardern and Andrew Little, the Minister responsible for the Security Intelligence Service, know of all this? At the very least they must know of Edward Snowden.

By virtue of New Zealand’s membership of the Five Eyes they, and with them all New Zealanders, are trapped in a moral maze. According to Edward Snowden, Australia’s ASD, the UK’s GCHQ, and Canada’s CSEC have all collaborated actively with the US in the mass hoovering up of their own citizens’ most personal data. Apparently this has not yet been true of New Zealand. If it were true, would Jacinda Ardern and Andrew Little even know of it?

A national debate is needed about New Zealand’s continuing participation in the Five Eyes. Former Labour Prime Minister Helen Clark recently sought to draw attention to this by declaring that New Zealand has “lost some of its independence within the Five Eyes intelligence alliance”. She also said that “sources in officialdom” had told her that “New Zealand had got a lot closer back in”, something which, in her words, could even threaten our independent foreign policy. The comatose New Zealand media were not interested.

Such debate is all the more necessary as the global constellation that applied after WWII, pitting the west against the Soviet Union in a Cold War, has been replaced by an increasingly hot conflict in which the US is now huffing and puffing at China. A bilateral build-up of angry and intemperate rhetoric is being accompanied by increasing expenditure on deadly and technologically advanced weaponry in our region, which the US has renamed the Indo-Pacific, reflecting its desire to surround China with its bases, air force, vessels and submarines, backed up by Australia’s rapidly escalating investments in its own air force, surveillance facilities and submarines.

The risk of a military confrontation is growing as the drums of war are beating in Washington, Beijing and Canberra. As was the case during the Cold War, the US military-industrial establishment is publicly and falsely lamenting its failure to keep up with the Chinese military machine, although its own one trillion dollar expenditure on defence is at least three times as much as China’s.

If, as is unlikely for the moment, a regional war broke out, would a New Zealand government follow the other Five Eyes nations into a war against China? Because of our membership of the Five Eyes, our ability to act independently would be seriously restricted.

Sadly enough, there are tentative indications that, even if Trump loses the forthcoming presidential election, Biden’s Democrats may also continue to pursue an aggressive foreign policy against China. 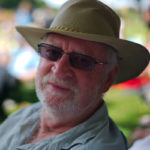 Bob Rigg is former senior editor with the Organisation for the Prohibition of Chemical Weapons and a former chair of the New Zealand National Consultative Committee on Disarmament. He is a freelance researcher and writer specialising in nuclear and chemical weapons issues, the Middle East, Southeast Asia, and US foreign policy.