When individual choices cost tax payers $5.2 billion in extra health and welfare services for obesity, the market has failed. When the market fails, it is legitimate for government to act.

The calls to curb obesity continue to mount. But the Turnbull Government claims government action on obesity would be nanny statism. The Deputy Prime Minister and the Assistant Minister for Health have made it clear that they think it is up individuals, not government, to take responsibility for what they eat and drink and how much they exercise. But the evidence is clear. Leaving it to individuals alone will not fix the problem.

Despite educational campaigns, weight loss programs, bariatric surgery, food labelling and the exhortations of government ministers, our level of physical activity has reduced, we continue to overeat, and salty, fatty and sugary food make up way too much of our diet.

If people who are obese met all their own health and welfare costs, then perhaps we could leave it to individuals to make their own choice. But as we found in our report on a sugary drinks tax, obesity costs taxpayers around $5.2 billion each year in extra health and welfare services.

The campaign for government action from health and consumer organisations is strengthening. Most recently the Council of Presidents of Medical Colleges have called for comprehensive plan to address obesity, including increased regulation and taxation to reduce consumption of unhealthy food and drink.

Internationally initiatives to introduce taxes on sugar, fat and salt are growing. Despite current resistance, experience suggests that, in time, Australian governments will increasingly use incentives, sanctions and regulatory mechanisms to curb obesity.

When individual choices cost tax payers $5.2 billion in extra health and welfare services for obesity, the market has failed. When the market fails, it is legitimate for government to act. Long ago we agreed that the costs for individuals and society caused by alcohol and tobacco consumption should be prevented and recovered through regulation and taxation. It is hard to argue against the same approach for obesity. 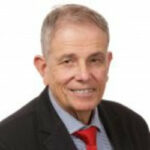 Professor Hal Swerissen is a Fellow at the Grattan Institute. He has an extensive and distinguished record of achievement in health policy research and analysis. He has held senior executive positions as Pro Vice Chancellor (Regional) and Executive Dean of Health Sciences at La Trobe University. He has been a senior advisor to Commonwealth and State governments and has conducted a range of policy and research studies and inquiries. He has published more than 100 academic papers and research reports.