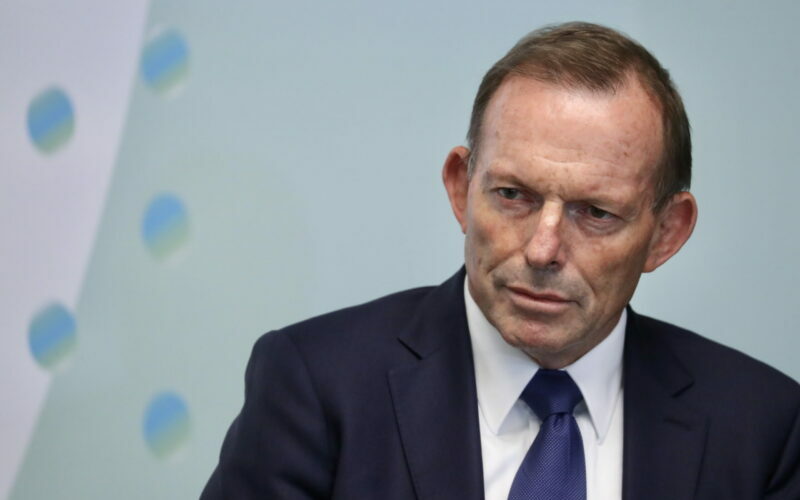 Former prime minister Tony Abbott’s poorly judged speech in Taiwan last week was inept diplomacy. The question is: who put him up to it?

In my opinion Tony Abbott delivered a most imprudent speech to the Yushan Regional Security Forum in the Taiwanese capital Taipei on  October 8. He referred to Chinese President Xi Jinping as the new red emperor accusing him of bullying and belligerence; listing all of China’s “sins”, from Hong Kong, Uighurs and trade sanctions against Australia as reasons to support Taiwan politically and militarily. He advocated Australia’s phantom submarines patrol the “Taiwan Strait” whilst exhorting Canberra to deepen its ties with Taiwan.

Abbott was welcomed by none less than Taiwanese President Tsai Ing-wen and Foreign Minister Joseph Wu. He spoke at the forum immediately after the president.

It is fair to say that Abbott is not known for his balance and his performance in Taipei does nothing to alter that judgement. The question arises: who put Abbott up to it?

Prior to his Yushan speech Abbott had not expressed himself in such rabid terms about China and nor in such fulsome terms about Taiwan.

We saw from his torrid time as prime minister that he is no great shakes as a thinker, in fact he was able to advocate and believe, like Scott Morrison, in two completely contradictory propositions at the same time, such as the welfare of Indigenous Australians whilst cutting funding, or arguing for jobs while axing the car industry.

Before Abbott gave his address, Scott Morrison said his visit to Taiwan was private. Why did he feel the need to say that? Unless he had been forewarned on what Abbott might say. And if so by whom? Morrison is not known for his truth telling, so his denial of the nature of the visit means little and on his past form probably means the opposite.

Abbott’s speech was in advance of anything he has said so far on tensions between China and Taiwan. So, who wrote it? It contained a strong message and a line that has been pushed by the Australian Strategic Policy Institute (ASPI). The tone, intended or not, reflected the language we have become used to from ASPI. Could it have helped write the speech, and worked with the Department of Foreign Affairs and Trade to organise the visit?

Abbott would have received a handsome fee for his appearance. Airfares and accommodation were most likely found by the Taiwanese. Who put that together for him?

In matters such as this only one of two things are likely to have occurred. An official instruction sent from Canberra directing the head of mission, Bloomfield, to accompany Abbott and give him the required assistance for him to successfully fulfil his undertakings to the forum, on this occasion a speech of some significance.

The other thing that might occur is that Abbott or the Taiwanese would get in touch with Bloomfield to advise of the visit. She would then seek instructions.

Canberra might provide only minimum assistance in accord with his former office, or it might do everything it can to assist. If the latter, Canberra becomes attached to the visit and a party to whatever occurs and is said.

The visit then becomes, to all intent and purposes, an official visit. By her presence Bloomfield has accorded that status to Abbott’s ill-advised jaunt and intervention. Additionally, the tone and nature of the message, taken together with Bloomfield’s support, provides the hallmark of official approval.

This intervention by Abbott has about it the inept diplomacy which has seen relations with China, France and the EU collapse. Ham fisted, poorly timed and not co-ordinated with regional countries and other players including the US, Japan and France.

The US must be aghast at the Abbott foray at a time when it is trying to develop a dialogue with China. But then maybe not, perhaps Australia was used as the dead goat in the Afghan sport of buzkashi. Maybe the Americans are happy to bounce off our stupidity in their difficult and delicate discussions with China.

Leadership in these difficult times whether from former prime minister Tony Abbott or the current prime minister has been and is appalling. We really have been condemned to be a mob of losers under Morrison.