$1.6b handout to Telstra’s Andy Penn to head off the Chinese 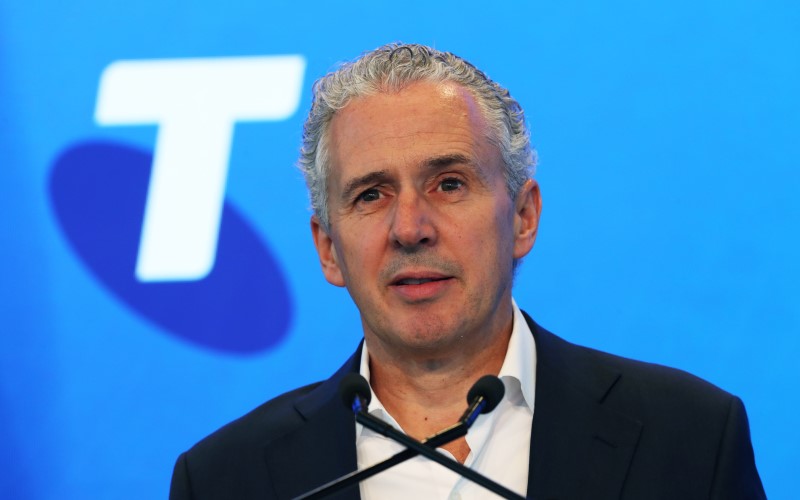 Why was Telstra slotted $1.6b by the Morrison government to buy Digicel, and how is it Telstra shares slumped by one-third during the bull market?

It’s corporate welfare on steroids. Another bizarre intervention in what Scott Morrison and Josh Frydenberg like to call free markets. Yet, according to some analysts, Telstra’s CEO Andrew Penn has done “the deal of the decade” to buy Digicel, a Pacific telecommunications company; with more than a little help from his friends in the Australian government.

Digicel’s owner, Irish billionaire Denis O’Brien, put the business up for sale to reduce his sizeable debt. To combat the threat of Chinese expansion in the Pacific region, the Australian government decided to step in to protect our “strategic interests” and asked Telstra to buy it.

The government (and US President Joe Biden) wanted to make sure that such a vital asset did not get into the hands of the Chinese. The fear was that it could allow the Chinese to use the telecommunications infrastructure to spy in Fiji, Papua New Guinea, Nauru, Samoa, Tonga and Vanuatu where Digicel has its operations.

They were so afraid that they forked up $960 million in export finance to help Telstra fund the deal, and threw in another $810 million in non-voting equity; effectively taking the brunt of the financial risk of the deal away from Telstra.

All Telstra had to do was put up $360 million in equity. The way the deal is structured, it will get that back in (guaranteed) dividends in less than six years.

Looks like a great deal for Andy Penn’s Telstra and its long suffering shareholders. Denis O’Brien should be happy, too, with the Australian Government helping him to pay off $2.1 billion, roughly half his debt.

As for Australian taxpayers, who cares? Same goes for the rest of the Australian telecommunications industry, who cares? Or is SingTel Optus already angling for government help to fund some bold acquisitions of their own to protect Australia’s strategic interest? After all, the Chinese Belt and Road initiative has tentacles all over Asia.

After presiding over what was once one of Australia’s 10 largest companies for six years, Penn badly needed a win. As did his long suffering shareholders.

That’s a loss of 36 per cent in market value during a period when the ASX All Ordinaries Index rose by 34 per cent.

By contrast, Penn’s predecessor, David Thodey, saw the share price double during his tenure. Granted, he took over from Sol Trujillo, who single-handedly managed to get customers, shareholders and the Government offside during his tumultuous reign.

Thodey steadied the ship, improved customer service, recovered shareholder faith and repaired the company’s fractured relationship with Canberra. With then CFO John Stanhope, he lead the negotiations with the Rudd government over the establishment of NBNCo.

The government needed Telstra to relinquish control over the old copper network so NBNCo could use it. And what a deal it was, up to $98 billion comes Telstra’s way over 55 years. The original deal was made in 2011, then renegotiated by the Abbott government in 2014, at roughly the same value.

Not bad for decades old infrastructure that would eventually have to be replaced anyway. And Penn has had the benefit of this largesse throughout his time at Telstra; largesse that the company nevertheless ignores in its latest lamentations to shareholders:

“The reality is that Telstra has lost over $6 billion in the last decade or so, predominantly from the impact of the NBN, but also loss of voice revenues, SMS revenues, global roaming and other pressures, and this has had an inevitable impact on earnings, dividends and our share price.” — Chairman John Mullen at Telstra AGM, October 2021

That’s corporate PR speak for “things have not been going well, but it’s not really our fault”.

Penn was and is a finance guy. Not that there is anything wrong with that, but the main strategy throughout his years at the helm has been cost cutting, balance sheet management and keeping shareholders happy with generous dividends, dividends partly underwritten by the “rivers of copper” from NBNCo.

Every few years there have been bold announcements made to dress up Telstra as something more than a tired old telco by launching new strategic initiatives. A couple of years ago, it was the boldly named “T22” that was going to transform the company. This year it is the much more forward looking and sexily named “T25”.

Where the Digicel deal fits into either strategy is unclear, but who cares? When the government comes calling with a helping hand and taxpayer funds, strategy is less important.

(Disclosure: this writer has not been a Telstra shareholder since 2015.)