A bitter fruit: wage slavery is alive and well in Australian heartland 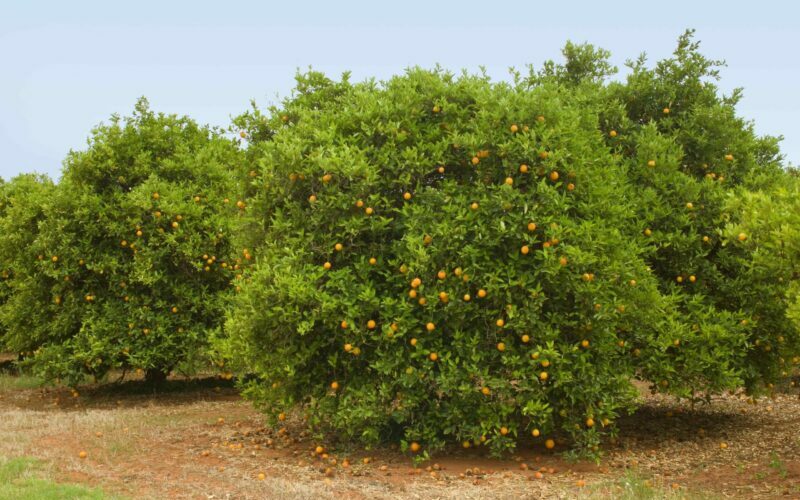 An orange grove in Mildura: undocumented workers make up 90 per cent of the Sunraysia workforce during the peak horticultural season.

In a regional city, an army of undocumented workers toil for dishonest labour-hire firms while the government turns a blind eye. Barbara Kelly explains.

Good morning, Mr Morrison, and thank you for allowing me to speak to you today.

This is an orange but don’t be afraid, don’t be scared, it won’t hurt you.

An orange. It is sweet, juicy, full of goodness.  And it comes in a pack of 13 from Woolies, in Mildura where I come from.

Fifty-three cents is all it costs. But I am afraid, Mr Morrison, and I am scared, but not about the fruit itself.

I am afraid because this orange is a symbol of modern-day slavery.

Who picked this orange, Mr Morrison? Who stood on a ladder two metres high with a canvas bag strapped to their chest? Who moved up and down dropping the oranges into a bin?

He or she is probably Asian and without a valid visa. We are swamped with Asians here in Sunraysia, the fruit-growing region on the Victoria-NSW border. They power our local economy with their tireless work.

Their wages depend upon many factors but mostly the whim of the contractor that organises them. They could be earning between $6 to $20 an hour. I know that compared to their wages in their home country the money is great. Herein lies the rub.

These workers live nearby in an overcrowded house or shed, and travel with friends or pay the contractor to get to work.

They have no work rights, no guarantee of safety, no security and remain hidden with their cultural group saving money and sending it home to family in Asia.

Last week the Federal Government Select Committee on Job Security stated that undocumented workers make up 90 per cent of the Sunraysia workforce during the peak horticultural season.

Also the Refugee Council of Australia in August revealed that there were 61,000 people awaiting deportation, and another 31,000 waiting for a decision about their refugee status.

According to the 2016 census, Robinvale, a town 45 minutes to the south-west of Mildura, has a population of 3000 people. Three thousand people. But the Swan Hill Council employed a consultancy firm in 2019. This firm used supermarket and banking data and found instead 7900 living in the town. That is nearly 5000 people hidden. Five thousand hidden people.

What sort of life do these ”hidden” people have Mr Morrison? I have taught children from these houses falling asleep in class because there are no proper beds. They are hungry. And their older siblings are often away picking as well.

Is this the Australia we are proud of? How long before there is a fire in a house and people die? What sort of recourse do these workers have when there are farm accidents?

We are living on a knife edge, and everyone seems to know. All the industry leaders, the supermarkets, the community, they all want change. We just need leadership.

In this instance, Mr Morrison, you do hold the hose and your government can change this whole sad issue very easily.

You do no doubt know that a serious scam is happening with Malaysian people. They arrive on visitor visas and then claim asylum. Most of their claims are dismissed but they stay and work while the Administrative Appeals Tribunal reviews their case. Some work legally on bridging visas but others not. So, we are not really deciding who is coming to our country any more Mr Morrison and we have allowed an underclass of people working in the dirtiest, lowest paid industries for cash money.

It all has become very dodgy. Dodgy labour-recruitment people in other countries linked to dodgy labour-hire contractors here in Australia who organise work with growers and employers. The expediency of harvest and the pandemic has meant a lot of looking the other way when it comes to visas.

We can fix this issue. Workers must be either given incentives to achieve permanency and become legitimate Australians or they go home. They are breaking the law no matter how important they are to our economy. The scams will stop when there is more monitoring.

Labour-hire contractors are the pariahs in this sad mess and must be made accountable for their business with a national licensing system. We have an incredible system of digital record keeping across this country. Just look, Mr Morrison, at what we have done with contact tracing for Covid cases.

It is critical that anyone involved in the labour hire business be accredited and monitored.

I believe we can have an industry where people are treated fairly, and safe work practices are implemented. Australia can be the place where food is ethically produced and harvested. We know how to do safe workplaces. I am an ex-teacher and with excursions I would plan for a bee sting. Yes, a bee sting!

And we have 100,000 people out there among machinery without anyone undertaking a proper risk assessment.

This must change! You and your government can make these changes. You can send slavery back to the past where it belongs.

Enjoy your orange and thank you. 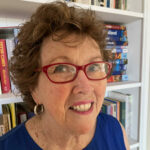 Barb Kelly is a writer and retired teacher. She has written stories for the ABC about pedophilia in the church of her childhood and the impact of local women's football on gender bias. Currently Barb is studying Professional Writing and Editing at RMIT and is interested in writing stories about the Victorian Mallee where she grew up as well as important social issues.