A burger by any other name: The livestock industry’s beef with plant-protein labelling

The increasing popularity of plant-based products has fuelled ongoing debate around how these products should be labelled. In Australia, it attracts visceral reactions from representatives across the meat and dairy industries, as well as from our political leaders.

Given the many other critical issues facing Australia now – from the worsening outbreak of COVID-19 to climate change and the extinction crisis – we must ask why our political leaders are willing to dedicate so much time to policing who can use the term ‘burger’ or ‘sausage’. The absurdity of this latest inquiry is thrown into sharper relief when we consider several simple facts.

Despite industry claims arguing that the use of terms such as ‘sausage,’ in association with plant protein is a new phenomenon, this simply isn’t the case. References to alternative protein ‘sausage’ first occurred in the 14th Century. Vegetable sausages grew in popularity during the 19th Century, as did reference to ‘meatless’ alternatives and ‘Nutmeat’ protein. Similarly, terms such as ‘almond milk’ date as far back as far as the 8th Century. Any suggestion that the use of these terms has been the exclusive domain of the animal protein industry is clearly false. These terms have been used to refer to both animal and plant-based forms of these products for hundreds of years. It is not a new phenomenon and is certainly not something that should continue to generate this level of debate.

Politicians have suggested that the current inquiry is justified because consumers are being misled by the labelling that has been in use throughout history, and that this has the potential to harm the animal farming sector. This assertion is also made without any basis in fact. A peer-reviewed study from 2020 examined whether consumers were ‘confused’ by terms that can be associated with animal-based products, such as ‘milk’ and ‘beef burger’. The study looked first at whether consumers believed that either a plant-based beef burger or a plant-based vegetable patty, came from an animal. In both cases, participants thought it unlikely that either product came from an animal.

The study also looked at whether consumers thought that ‘plant-based deli slices: Bologna style’, or ‘sandwich slices’, were from animals. Interestingly, the study found that while most participants thought it was unlikely that the ‘plant-based deli slices: bologna style’ were made from animal protein, the majority of participants thought it was ‘likely’ that the generically named ‘sandwich slices’, contained animal meat. This suggests that not only do terms such as ‘plant-based beef burger’ not mislead consumers, requiring generic labelling such as ‘sandwich slices’ may in fact lead to more confusion among shoppers.

In the case of protein alternatives, the label offers an indication of the function the product serves and the taste and texture it offers. A sausage – whether it’s regular beef or plant-based beef, is something consumers can easily identify as being good for BBQs. They know how it can be cooked and how it should taste. Requiring the plant protein industry to develop novel descriptors for products that serve the same function as their meat-based counterparts will generate more confusion among consumers. It is abundantly clear when looking at this evidence that the politicians pushing for this inquiry are not looking out for consumers. The Senate Inquiry is clearly designed to protect the animal agriculture industry. If they are permitted to introduce onerous and counter-productive labelling requirements for plant-protein products, then this protection for animal agriculture will come at the expense of what could be one of Australia’s key industries of the future.

The 2020 Food Frontier Report demonstrated that the alternative protein industry is already driving new employment opportunities and that it is likely to continue to do so into the future. We cannot let the short-sightedness of some political leaders impede this growth. The evidence clearly shows that for the sake of human health, the environment and animal welfare, we need to shift away from our current levels of meat consumption. The Government needs to resist the baseless claims of the meat industry and its supporters and plan for a future in which we eat less meat. 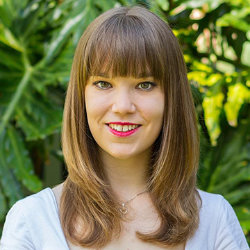