A choice between national happiness – and national misery

Australia treats its environment with indifference. Yet the evidence is mounting that the environment is at the heart of national wellbeing. One country is showing the way.

The declaration by UNESCO that Australia’s Great Barrier Reef is ‘in danger’ due to climate change is a chilling admonition that Australians cannot expect to survive long-term in a continent that they have trashed.

Coupled with the Reef are similar warnings over the state of the land – the National Heritage Trust has advised there is a ‘clear and present danger’ to the world heritage Blue Mountains, and the Worldwide Fund for Nature (WWF) has warned the iconic koala is at risk of extinction as Australia pursues one of the world’s worst rates of land clearing.

The missing element in Australia’s furious war on Nature is ecoliteracy – the understanding that human survival and wellbeing depends on the health of the living environment which sustains us.

There is, at present, only one eco-literate nation on Earth – the Himalayan Kingdom of Bhutan where the famed policy of Gross National Happiness (GNH) embraces the idea of looking after the land that gives life to people and nature alike. In all others the nature that supports all life is being butchered and sacrificed to yield an imaginary commodity called money. The future is being pawned to appease the cravings of the present.

Bhutan is an exemplar that humans generally, and Australians in particular, would be well advised to study and emulate.

Gross National Happiness is not quite the touchy-feely philosophy which some of its critics would have you think. It embodies 33 supremely pragmatic indicators covering four realms:  good governance, sustainable socio-economic development, cultural preservation, and environmental conservation.

It measures such things as mental and physical wellbeing, education, democracy, pollution, political rights, environmental health as well as economic staples like employment, income, savings and so on. It is infinitely more attuned to human and national needs than the crude index of GDP (Gross Domestic Product), which only measures the money supply, regardless of who owns it.

Other countries favour happiness as a goal: indeed, the US Declaration of Independence put it front and centre. What makes Bhutan nearly unique in the world is the insight that human wellbeing (and hence, happiness) depends to a very large degree on the health of the living environment which sustains the people.

A powerful new study of the role of environmental sustainability as a cornerstone of Bhutanese national policy has just been produced by Dr Ugyen Tshewang, Dr Michael Charles Tobias and Jane Gray Morrison. Bhutan: Conservation and Environmental Protection in the Himalayas is far more than an account of how eco-literacy is working for the remote kingdom – it is implicitly a guide to human survival on a Planetary scale, and a roadmap other countries can follow.

“As Bhutan cautiously follows the principles of Gross National Happiness (GNH) and treads toward sustainable development goals, conservation of environment is one of the main building blocks.”

Tshering asserts that it is every citizen’s responsibility to protect the environment, at all levels of society.

The study assesses not only the need to protect Bhutan’s unique biodiversity – it is one of the world’s 36 ‘hotspots’ – but also its food security, its forest cover, its water, air and soil quality, its ecology as a source of food and medicines and many other social benefits.

“Time is running out for the world’s 233 nations to act wisely and quickly in accordance with the unprecedented demands of a true global crisis,” warns Tobias, a global ecologist and president of the international environmental NGO the Dancing Star Foundation.

Bhutan is already one of the very few countries on Earth that is carbon-negative – yet the team found it still suffers the impacts of global warming inflicted by countries such as Australia.

“Disasters like glacial lake outbursts, flash floods, landslides, wind storms, forest fires etc., have been impacting this country mainly because of the pollution caused by the industrialized nations,” they say.

Indeed, they warn, most Himalayan glaciers are likely to melt entirely by 2050 – a nightmarish scenario affecting 25% of the world’s population.

Bhutan is also a country where the total fertility rate is 1.95, under replacement level, and population is stable – though demand for material goods is rising.

The country’s strong conservation ethic is driven by the Buddhist belief in compassion and nonviolence towards all living creatures. Consequently, a national happiness index for animals is also in contemplation and efforts are being made to overcome the conflicts between humans and wildlife which naturally arise. While crueller countries and people may belittle such measures, scientific understanding that all life is interdependent is growing – and may prove critical to our own survival as a species.

Unlike many other studies that focus on conserving large, rare animals or plants, the team’s focus also embraces bacteria, algae and phytoplankton as “these are the real engines of life, of evolution, of our survival and the survival of the entire biosphere. We ignore them at our peril.” It proposes that Bhutan establish a gene bank under one of its glaciers for its microfauna, as well as for native plant seeds that support the food supply.

By connecting the health of the living environment so firmly to human wellbeing, the study exemplifies Bhutan as a world leader in the change in attitude by citizens, governments and businesses essential to our collective survival.

As things stand, the policies of Australia, the US, China, Russia, Brazil, Canada, India and the middle East, to name but a few, still foster environmental ruin on an epic scale – and have placed themselves on a sure path to gross national misery.

If we were wise, we would all heed the imaginative leadership shown by Bhutan and become eco-literate. Before it is too late. 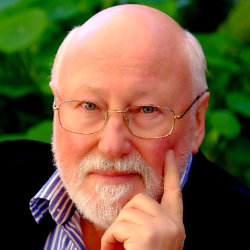