UK conservatives are willing to tax the rich to repair their budget, Morrison will only take from the needy 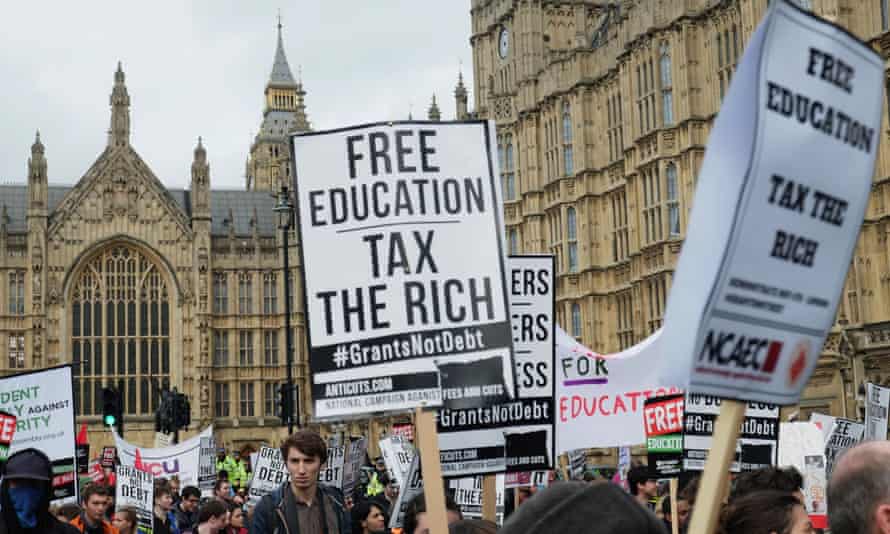 Both Boris Johnson and Scott Morrison won their last elections by persuading enough tradies and workers, many of whom were in the lower income brackets, to vote conservative, in some cases for the first time.

Johnson’s success was built on a switch by voters in the industrial heartlands in northern England. Similarly, Morrison relied on workers in the mining electorates, particularly in Queensland, but also in Western Australia and NSW.

That is where the similarities between UK and Australian conservatives stop.

This is clear if we examine the budgets of the two governments. Where and how a government spends and taxes is more  revealing than rhetoric about its values and philosophy.

While both the UK and Australian budgets have plunged into large deficits in response to the Covid recession, the two countries have taken quite different strategies for restoring their respective budgets.

In the current financial year (2020-21) the UK budget deficit is expected to reach 16.9% of GDP – the highest level of peacetime borrowing on record. Public sector spending is forecast to increase by 36.7% in nominal terms, and revenues to remain almost unchanged in 2020-21.

Much of this spending increase represents temporary measures to subsidise employment. However, there has also been a significant increase in public investment and expansion of government support for industrial development, especially in the north of England.

By 2023 the UK government expects that the economy will have recovered its pre-pandemic peak, and the budget will be almost balanced in 2024-25. Much of this budget restoration will reflect the withdrawal of the employment subsidies as the economy recovers.

But more will be needed, and the UK Government considers that ‘The fairest way to repair the long-term impact of the crisis on public finances is to ask everyone to contribute, with the highest income households paying more.’ Accordingly, in 2023 ‘the rate of corporation tax paid by the largest and most profitable businesses will increase’.

On the other hand , spending policy decisions in the 2021 UK budget make little overall difference to total budget outlays after this 2020-21 financial year. Thus, the UK Government is not seeking budget savings by cutting spending programs.

This willingness to increase tax on the UK’s wealthiest to help repair the budget stands in complete contrast with Australia’s strategy, and our government’s philosophy.

A comparison by the IMF shows that the budget stimulus from both the Commonwealth and State governments in Australia in response to the COVID recession was about the same as in the UK if allowance is made for the fact that the recession has had less impact in Australia.

However, reflecting the temporary nature of much of this spending, Australian Government is forecast to fall back to 26.8% of GDP by the end of the forward estimates period in 2023-24.

The net result will be that the Australian budget will still be in deficit – equivalent to of GDP in 2023-24, in three years’ time.

Furthermore, the independent Parliamentary Budget Office is projecting that on present policies, the federal budget will still be showing a cash deficit equivalent to 1.6% of GDP in 2030-31 – in 10 years’ time.

However, if the Morrison Government is true to its rhetoric, it will not allow the deficit to last the next 10 years. Instead, we must anticipate that this Government will attempt to repair the budget as best it can, from within its ideologically limited policy option.

Future budget repair in AustraliaThe Morrison Government has indicated it will start tightening fiscal policy once unemployment falls comfortably below 6%. Many economists think this is too soon, but if adhered to this means further budget tightening measures could be announced soon in the May Budget.

The temporary support measures, such as JobKeeper and JobSeeker, are to be withdrawn this week, but that has already been factored into the budget arithmetic. The critical question is what further measures to reduce the budget deficit can we expect from the Morrison Government?

What is clear is that, unlike their fellow conservatives in the UK, the Morrison Government is not prepared to contemplate increasing taxation to help restore the budget balance.

The Morrison Government had an opportunity to increase taxation when the Aged Care Royal Commission recommended this as the way to achieve the necessary increase in aged care funding, but the government ruled that out.

Instead, the government seems determined to press ahead with its tax cuts scheduled for 2024-25, which will flow almost entirely to the top quintile in the income distribution and do nothing for the voter base that won them the last election.

What a contrast with their fellow conservatives in the UK, where budget repair is relying principally on increases in tax affecting the top income group.

Instead, the Morrison Government will inevitably rely on continuing to under-fund essential government services, such as aged care, but also education and training, childcare, income support for the most disadvantaged, foreign aid, and government administration.

As the Royal Commission into Aged Care put it: ‘It has felt like the government’s main consideration was what was the minimum [financial] commitment that it could get away with, rather than what should be done’.

The irony is that total government spending in Australia (Commonwealth, State and Local) were only 35.6% of GDP in 2019 before COVID struck compared to the UK where total government outlays were 41.0%.

We already have significantly smaller government than is acceptable to the UK conservative government. In the UK, conservatives recognise they must raise taxes to pay for essential government services.

So long as our government will not stand up to the business lobby and Australia’s wealthiest and contemplate raising the necessary revenue, we will be left with poor government and the inadequate provision of essential services.

One wonders when the ALP will call out this con by Morrison and point out that we cannot expect adequate provision of essential government services without raising the necessary revenue. British conservatives have the political resolve necessary to get the job done. We are not so lucky in Australia.