A conversation with Paul Keating: Australia’s strategic interests, alliances and standing up for ourselves 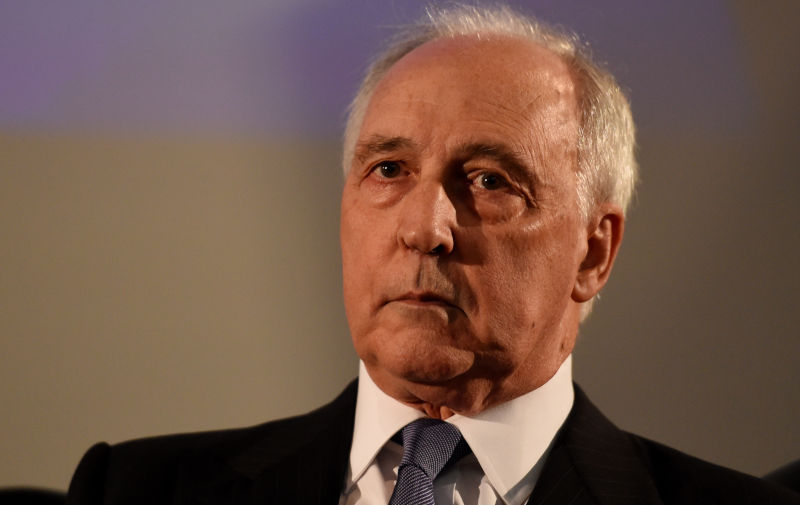 Not many were given a continent, says Keating on the challenges and opportunities that Australia faces. We have to stop ignoring the realities of the region in which we are positioned.

More than 4,000 people from Australia and around the world tuned in to A Conversation with Paul Keating, held by La Trobe University’s Ideas and Society Program. The online discussion between former Prime Minister, Paul Keating, and James Curran, the Professor of Modern History at the University of Sydney and author of Australia’s China Odyssey, uncovered issues fundamental to the future of Australia, such as our relations with China and the United States.

Key to the discussion was the negative impact of our current view of China and the region in which Australia is positioned. Ignoring the historical elements that underpin the issues of the 21st century including the importance of identity and culture, puts Australia in a position of having to make choices.

The rise of China and the escalating tensions driven by  the US have been front and centre. Australia can no longer ignore the geopolitical forces in our region and decision makers need to make a stand against geo strategic enmeshment with the USA and AUKUS, akin to outsourcing our sovereignty, security and strategic relationships. This leaves Australia isolated.

Opening the conversation with the fall of Singapore 80 years ago, Keating reminded the audience that it was WWll that dragged Australia into Asia, showing us that we could not depend on the UK.

He reminded us of Wilson and Roosevelt and the multi-polar world that each envisaged through the League of Nations and the United Nations and the dream to end colonialism. The end of the Cold War saw the US declaring victory. What followed was the failure of the Clinton, Bush and Obama administrations who instilled a unipolar view of the world that had no place for China and Russia.

Instead of settling the world’s issues with war and then afterwards asking for conversation, we should be able to have the conversation first.

“There will never be a peaceful, well-operating world while there are western structures like the G7”, Keating reminded us.

He went on to say that there needs to be a place of respect for China:

Stability in Asia can no longer be imposed by a non Asian power, and least of all by direct application of US military power.

The USA could run the world alongside China, where the US consolidates the Atlantic, including Russia, while China provides the balance in the East and the Pacific. It is naive to assume China’s interests lie only in the Pacific. In fact they have more interest in the Asia continent and the Stans and Turkey.

China doesn’t want to be a stakeholder in a proprietary system run by the US and why should it? Keating asked.

On the US in Asia, Keating said that ‘the US has no idea what to do with itself in Asia’. He bluntly added that the US is not interested in ‘thinking allies’. It wants ‘dummies’.

He described the QUAD as a strategic nonsense and a waste of time.’Can anyone seriously think that the Indian Navy is going to confront China in the South China Sea?’

On Taiwan, Keating said again that it is not a vital interest for Australia. ‘Why would we want to be part of a US defeat over Taiwan?’.

On Australian strategic commentators and advisors Keating said: ‘The problem with the immaturity of the Australian international debate is that people as ordinary as Medcalf (Head of the National Security College at the ANU), who fail to understand basic things, should not be supported by editorial managers in any of the newspapers’. Medcalf  he said wants Australia to try and persuade India to change its national interests!

Keating said that he hoped the Australian Government did not listen to Andrew Shearer, the Director of the Office of National Intelligence.

Australia can do its own foreign policy, its own security arrangements and pacts, and develop its own defence capability without being owned by anyone else. But ‘our strategic sovereignty is being out sourced to another country, the US’.

AUKUS should be an exchange of ideas and no more than that. It is not too late for the Australian Government to back out of the agreement. ‘Keeping Australia in the AUKUS alliance would be a tragedy for Australia. I mean going to Cornwall (in the UK) to find our security in Asia. James Cook and Arthur Philip left 230 years ago. Do we really need to go back there?’.

This doesn’t mean we don’t need friends like the US. And Indonesia on our door step is vitally important.

The challenge of governments is to make their own stories. That is what the present day government should be brave enough to do. Tone needs to become substance.

Australia currently has a very poor idea of itself, not sure what it should be, yet we have a continent.

It is time to consider a republic. King Charles might welcome it, Paul Keating said.