A cry from Myanmar: We can’t breathe. 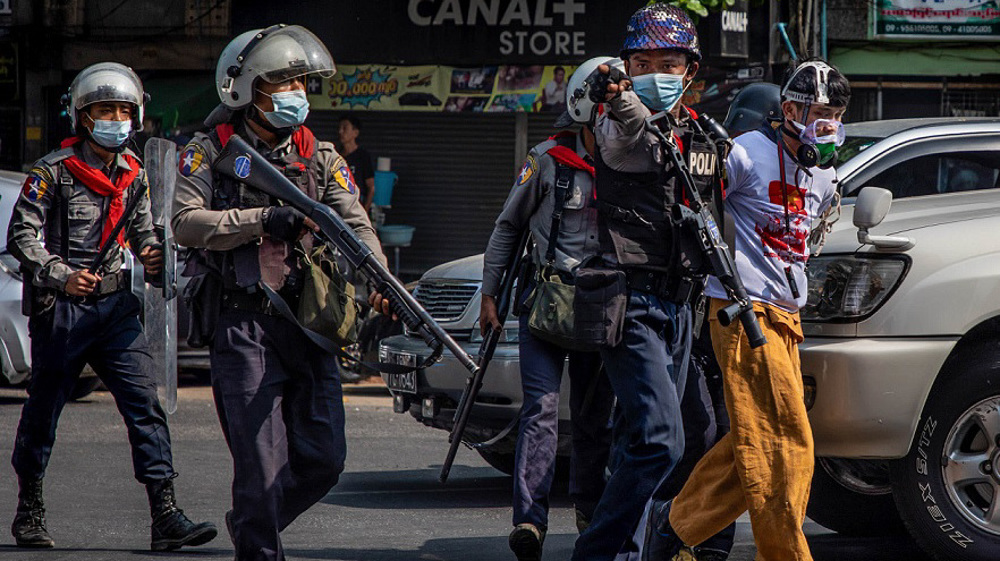 The people of Myanmar are facing one of the world’s greatest humanitarian catastrophes, and are asking why the world has forgotten them. There is a way out, but the world needs to act quickly.

The Asian country of 56 million people survived 60 years of military rule which decimated their agriculture, and reduced their great health and education systems to that of  a developing nation.  They were just building their economy and hopes, when the military seized power on February 1.

Immediately health workers walked out, shutting down 70% of the health system, including the COVID 19 tracing and test system which, with the substantial help from the WHO, had shown in 2020 it was able to cope with a big COVID 19 outbreak.

But the Delta strain of COVID 19 has found a safe-haven in Myanmar where it is thriving on the military leadership’s failures: no health workers; a barely functioning NGO sector; no media and mass communication system; no trust in national leadership; refugees fleeing towns under brutal attack from the Tatmadaw. The only health services which are operating are those that are closely watched by the military, and the people feel they are as likely to be arrested and tortured as being treated if they attend a local clinic or hospital.

According to the US-based Physicians for Human Rights, arrest warrants have been issued for 400 doctors and 180 nurses while 157 health workers have been arrested, 260 have been attacked, 18 killed and 59 injured.

“Why has so little been done for us? I can’t understand anymore.  I feel as though millions of us are screaming into the void, waiting for a reply that will never come”.

These poignant words are among many pleas which come in as texts and make my phone ping relentlessly through the night.

My friends and colleagues from civil society and other aid and development agencies are huddled in the dark, switching lights off, locking their doors, hoping the soldiers patrolling outside would not drag them from their homes, detain them without legal process, or worse, be summarily executed on the streets.  Nearly 1000 unarmed civilians have since been murdered, and almost 6000 detained.

The cry for help following the coup and the brutal crackdown on peaceful protests, was for international intervention, for the Security Council to find consensus, to send in troops, to stop the slaughter.  Nothing happened.  In frustration and despair, peaceful protests turned to an embryonic insurgency.  Many young, scathing about international inaction, went into the mountains to be trained by the ethnic armed organizations to take the fight back to the military in the streets of Yangon, in Mandalay and in the jungles and mountains where they felt guerrilla tactics could somehow inflict pain on a military 500,000 strong and armed with the latest weaponry and equipment.

The tactics of terror including rape and murder that was inflicted on the Rohingya are now being replicated across the country.

The economy is in free fall. The banking sector virtually collapsed, and the movement of money ground to a halt.  Farmers struggled to obtain capital, putting at risk the future food security of the country. The World Bank recently projected a contraction of GDP of 18 percent – under the civilian elected government the country was one of the fastest growing economies in the region.

Organizations like UNDP and WFP sounded the alarm that 25 million people would be in poverty and the extremely vulnerable may soon starve.

And now COVID is ripping through the country.

So my friends stand by and watch long queues of people desperately waiting to purchase oxygen (where the price of tanks has tripled in a few days), braving the military who shoot into the air to disperse the crowds, who break down doors of private health facilities and oxygen suppliers so they can amass the tanks for their soldiers and forbid the donation of oxygen supplies and equipment to hospitals and clinics treating civilians.

The proud and compassionate people of Yangon have put up yellow and white flags outside their homes to indicate they need help amid shortages of oxygen and food.  The incessant burning of bodies in the crematoriums a clear indication that help is not getting to them.

Those military leaders who have forcibly grasped the reins of power appear wilfully deaf and blind to the plight of their own citizens.

Local aid and development leaders are reluctant to speak out for fear their organizations will not be allowed to work.  Aid staff will be targeted; bank accounts seized.  A person has to leave the country to say what needs to be said.

One senior aid leader still in Yangon told me in an email this week:

“Myanmar, under military rule, isn’t the only thing broken: The international system is too.  A few countries who hold the power to act and influence, refuse to do so on the flimsy premise of not interfering in sovereign affairs.  They value this deeply wrong principle because they see in Myanmar a mirror of the way they govern their own population.

Clearly, we will not see blue helmets – because that seems beyond the national moral compass of the one or two recalcitrant countries in the Security Council.  But it is possible to find consensus and insist on complete access to Myanmar to shore up the health system.”His solution: “The Security Council can mandate a health intervention at scale.”

He expects ASEAN, in its ever so Asian way, to help negotiate the access.

“They can put in place an effective tracing and testing system and staff health facilities with trusted foreign medical workers to administer vaccines and treat the critically ill.”

“They can ensure the supply of sufficient oxygen and medication to allow people to recover at home, and when this is done, they should work for the unfettered flow of development assistance to prevent the unfolding of a future humanitarian crisis and the consignment of a generation or more to lost opportunity. “

It is an intervention being discussed elsewhere.

The international community, in particular the Association of Southeast Asian Nations (ASEAN), should move quickly to secure humanitarian access to Myanmar to deal with its COVID-19 upsurge, panellists in a webinar organised by the ASEAN Parliamentarians for Human Rights Group (APHR) said on Thursday.

Meanwhile, the politically neutral and independent International Committee of the Red Cross (ICRC) separately told This Week in Asia it was working with the local Red Cross and Red Crescent to deliver COVID-19 aid.  China is also administering vaccines in the border areas through its National Red Cross, concerned about the rapid spread of COVID across its borders.

China’s fears are well grounded. The collapsed health system, widespread conflict and displacement, lack of proactive and inclusive action on the part of the Tatmadaw and the porous borders with a number of the most populous countries in the region, is creating a perfect storm, turning Myanmar into a super-spreader COVID state – a concern highlighted by regional analysts.

“It is entirely within our collective power to answer the cries for help if we have the moral fortitude to do so.  The world showed its indignation when, in the US, the words “I can’t breathe” were uttered.  Myanmar cannot breathe now and is suffocating not only because of the lack of medical oxygen but because of inaction. “ 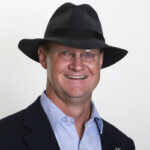 Ian Mannix worked at ABC Radio as a was a journalist with News and Current Affairs and as Manager, ABC Victoria from 1988-2017. He was a Foreign Correspondent based in Europe, and was awarded an Australian Public Service Medal for creating “Emergency Broadcasting.” He worked on media and communications development projects for DFAT and the UN in Papua New Guinea, Timor Leste and recently Myanmar.