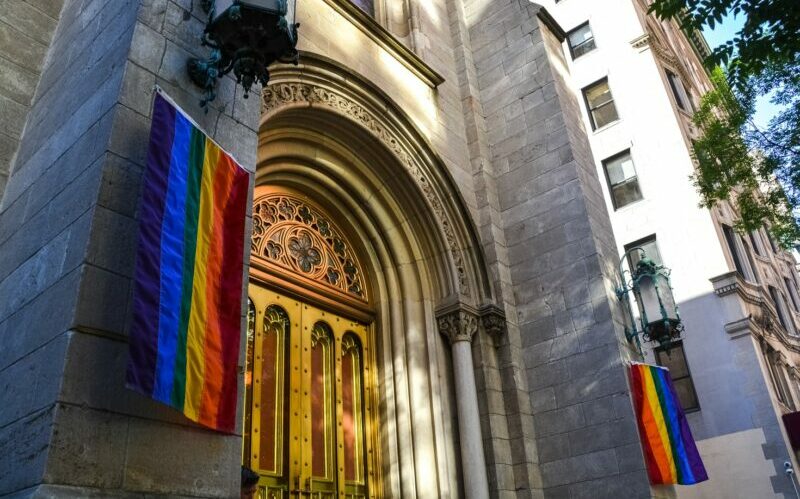 The move by Baptists in NSW/ACT to disassociate churches and pastors who welcome married gay people is based on a misuse of scripture.

While the Roman Catholic Church in Australia, meeting in Plenary Council, struggles with the monarchical model of church, Baptist churches in NSW and the ACT reveal the deficiencies of the democratic model. While in the Roman Catholic Church a male hierarchy calls all the shots and keeps women out of ecclesiastical office, in Baptist churches in NSW/ACT a male-dominated democratic majority — about 60 per cent in assembly — is offended by marriage equality. Allow me to explain.

Baptists are democratically organised. Traditionally they believe in the “priesthood of all believers” and the “authority of the local church”. For causes where individual churches need each other — such as establishing theological colleges or foreign mission societies — they form associations. Such associations of churches meet in regular assemblies to decide what they want to do together.

The “values” are the largest section. They were originally intended to describe the ethos in Baptist churches in NSW/ACT. They are not laws or rules or creeds. They are identity markers.

Recently, the assembly leadership of the Baptist Union of NSW/ACT accepted a motion from five of their churches that want to “disassociate” churches and pastors who fail to subscribe to the “core value” of “honouring marriage as an institution created by God as the foundation for a lifelong faithful union of a man and a woman”.

The issue at hand is not the “lifelong faithful union” of a man and a woman — as it would have been 50 or 100 years ago — and thereby an attempt to disassociate churches that welcome divorcees or pastors who happen to be divorced. The target for disassociation here is churches and ministers who welcome gay and lesbian people who are married.

We all know that Christians and their churches have always been challenged to adapt to new social norms. For a long time slavery was understood to be part of God’s created order, and up to the present day many churches of all denominations support the subordination of women and the practice of war to solve human conflict as principles endorsed in the Bible.

Let us be clear what we are talking about. We are talking about a social institution which since 2017 has been legal in Australia. And we are talking about Christians in our midst who want to get married. They happen to be homosexual. This is not their choice. This is who they are. They are adults, and in a free and voluntary decision they have decided to shape their identity not apart from each other but together. And they want to celebrate their partnership with the legally accepted social institution of marriage. Like heterosexual couples, they promise to love and care for each other and be faithful to each other until life’s end.

The fact that the assembly leadership accepted such a motion is surprising because it is not the task of the assembly to evaluate, examine and disassociate churches and their pastors. Rather, the “association exists to advance the gospel of Jesus Christ in word, deed, and sign, through interdependent partnerships by … promoting fellowship and cooperation among its members”.

In a world that is struggling with major issues of human-induced climate change and the possibility of nuclear confrontation, and in churches that are torn apart by child sex abuse, disrespect to women and domestic violence, one needs to ask whether it is appropriate to spend energy and resources on being disrespectful to brothers and sisters in Christ and to bring mistrust and suspicion into our midst.

Both the monarchical hierarchy of the Roman Catholic Church and the democratic structure of Baptist churches can lead to decisions that are unjust and unfair. Any decision that shows disrespect to people because of their gender, race or sexual orientation cannot be an analogy to the story of Jesus.

As far as the democratic model is concerned, the present problem in the Baptist union of NSW/ACT has brought to light some important issues:

A majority, for whatever reasons, may not opt for truth and justice. History is replete with examples. In a democratic model, where you don’t have a hierarchy and a catechism who decide on your behalf, you need wise and competent leaders and you need theologians that guide churches in their passion to mirror the story of Jesus. Both were absent when the motion of the five churches was discussed and accepted.

It is common human experience that we are slow to adapt to new social norms, and when sloth becomes institutional then people — especially men — are slow to give up their controlling power. A hermeneutic of suspicion and appropriate tolerance and humility would be necessary virtues.

Proponents of the motion base their arguments on biblical texts. This is a misuse of the scriptures of the Christian churches. The Bible is not a book of rules and doctrines. It is a library of books, confessions and letters coming from different periods and cultures. For Christians it has only one purpose: to witness to the story of Jesus of Nazareth as the revelation of who God is and what God does. The shift of faith from Jesus to biblical texts, often taken out of their literary and cultural contexts, leads to legalism which destroys the joy, freedom and compassion of faith.

The opponents of marriage equality base their arguments on a very small number of biblical texts that affirm marriage between men and women and oppose homosexuality. Such texts do not speak to our situation. They reflect either a misuse of sexuality or an ancient patriarchal culture where marriage was mainly understood in terms of procreation to assure the family line. Marriage and sexuality as the language of love is a modern Western construct.

The grand biblical narrative speaks about a compassionate God who has a special concern for the poor, the widow, the orphan, the stranger. The Bible has much to say about respect and seeing the “other” not as a threat but as an enrichment of community.

So, whether in a hierarchical or a democratic model, the church is called to follow Jesus and to witness to him in a needy world. In the issue discussed here it means respecting the voluntary choice of adult Christians and granting them a safe space in the communities of faith.

Thorwald Lorenzen was the Senior Minister of the Canberra Baptist Church. Before that he was Professor of Systematic Theology and Social Ethics at the International Baptist Theological Seminary in Zurich, Switzerland. He chaired the Human Rights Commission of the Baptist World Alliance, was the Baptist representative at the United Nations in Geneva and participated in several ecumenical dialogues. At present he is Adjunct Professor at the School of Theology, Charles Sturt University. His most recent book is Yes! A Christian Vision of Life (2021).