A drip-feed of scary numbers about the future.

20 years ago, when Peter Costello launched the first Intergenerational Report, he promised that looking four decades ahead would greatly help long-term decision-making and asset allocation. But the aim did not coincide with the reality.

That’s probably because the only realistic outcome of such an exercise was to provide political cover for the conservatives’ pursuit of small government and budget surpluses. Scary, if meaningless, numbers about future costs in these reports have been used to frighten the electorate into tolerating cuts to critical services such as Medicare, the PBS and now the National Disability Insurance Scheme.

Imagine reading today such a report issued 40 years ago. What would it have missed?

Quite a bit, actually: Personal computers; The internet; Online commerce; A couple of pandemics; The Global Financial Crisis; The Asian financial crisis; The 1991 recession; The GST; The Hawke-Keating economic reforms; The collapse of the Soviet Union; The rise of China; Climate change.

You get the drift.

Policy decisions made on the basis of dodgy evidence can have disastrous consequences for real people. 20 years ago, when that first report was issued, the cost of the Pharmaceutical Benefits Scheme was soaring – up by 14 per cent one year, 19 per cent the next. Against that background, the report questioned the sustainability of the scheme.

In the 2001 Budget, the Howard government moved to shift the cost of the PBS from the government onto patients. They bumped up both the standard and concessional copayments by 28 per cent. And they’ve gone up almost every year since.

But the dire predictions in that first Intergenerational Report did not happen. As more and more expensive drugs came out of patent, generic manufacturers stepped in and prices plummeted but new, high-cost blockbuster drugs failed to appear. So far from rising five-fold as a proportion of GDP, the PBS has hardly moved. This year’s report expects that by 2032 it will cost proportionally no more than it did in 2000.

But the decisions based on that shonky evidence have undermined our health system far more than cost increases ever could have. The Australian Institute of Health and Welfare found that in 2017, 7.3 per cent of adults had delayed or avoided filling a prescription because of cost. That’s 1.1 million people.

20 years and five reports later, another spending scare has emerged. The same technique is being used to sell unpopular funding cuts to the NDIS. “It is selectively drip-feeding nightmare scenarios to scare people,” said Labor’s NDIS spokesman, Bill Shorten.

Projections in the latest Intergenerational Report are for the scheme’s total cost to rise from 1.2 per cent of GDP this year to 1.4 per cent by 2025-26 and then levelling out until 2060. Because the states’ contributions will remain at 0.4 per cent of GDP, a greater share of the increase will fall on the Commonwealth than was originally estimated.

This year’s Budget estimated that the scheme would cost the Commonwealth an extra $13.8 billion over four years. In other words, the original estimates were wrong. That’s hardly unusual in government programs. Take, for instance, defence procurement. According to an Auditor-General’s report, the Joint Strike Fighter program blew out by $58 billion, the air warfare destroyers by $1.9 billion, the MRH90 helicopters by $2.8 billion and the P8-A Poseidon anti-submarine aircraft by $1.8 billion.

But there was no discussion of cutting the defence budget to accommodate these increased costs. Compare that with the government’s rhetoric on the NDIS.

“To ensure the NDIS is here for generations of Australians to come,” said Scott Morrison in a pre-budget speech, “we have a responsibility to manage increasing costs … At the moment the costs of the NDIS are increasing more than was ever contemplated or expected by those who first framed it”.

A Sustainability Task Force had already been established within the National Disability Insurance Agency. It was not publicly announced until an internal document was leaked to the Guardian Australia. “The actions of the task force will make immediate changes to slow growth in participant numbers, slow growth in spend per participant and strengthen operational discipline,” the document said. Proposals included denying funding for people with acquired brain injuries and the foetal alcohol spectrum disorder. When these proposals were made public, the government abandoned them.

Then it came up with a new system of assessments, signing contracts with consultants reported to be worth $339 million over three years. The former head of the NDIS Technology Authority, Marie Johnson, described the independent assessments plan as an “utterly flawed, unethical and dangerous concept on every level.” Eventually, this scheme too was abandoned. The Sustainability Task Force, meanwhile, continues.

Cutting costs for major social programs has become more politically difficult, and scary figures less credible, since the first Intergenerational Report was used to cut funding for the PBS. It’s revealing, meanwhile, to look at the Treasury’s – and the government’s – budget priorities through the prism of the new report. Of the 42 pages on government spending, 39 are about social programs such as Medicare, the PBS, pensions and the NDIS. Defence is covered in less than half a page. There is no mention of procurement costs. 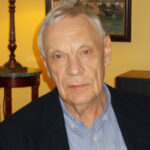 Martyn Goddard is a public policy analyst specialising in health and state government funding. He was a member of the Australian Council on AIDS and Related Diseases and its clinical subcommittee; as well as the Pharmaceutical Benefits Advisory Committee. He also served as a health policy officer at the Australian Consumers' Association (Choice).