A mixed blessing for Catholicism 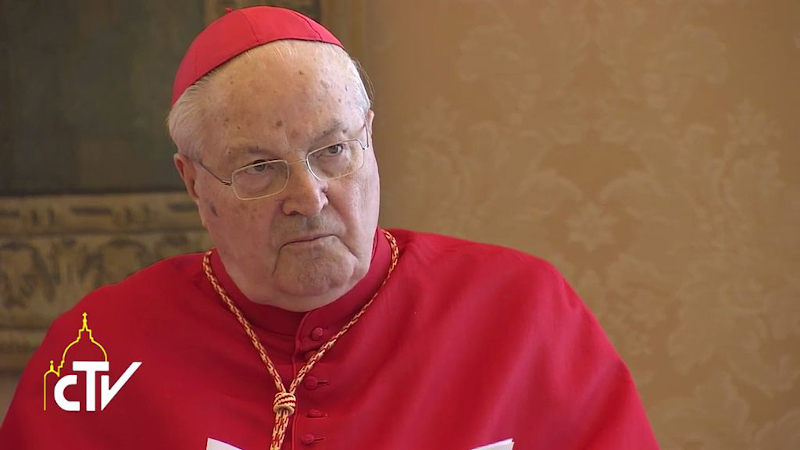 The man who effectively ran the papacy in the late-1990s and the early-2000s during declining years of John Paul II died on Friday 27 May. His career was a mixed blessing for Catholicism. And sixteen new voting cardinals just appointed.

Cardinal Angelo Sodano was 94 when he died from complications following Covid-19. During a sixty-year career in the Vatican Sodano, a tall, dominating man, exercised enormous influence over the papacy and the worldwide church, especially in Latin America.

Pope Francis and Vatican staff are singing his post-mortem praises in the conventional Vatican fashion, whereas his career was at best a very mixed blessing for Catholicism. Born in 1927 in Isola d’Asti, northern Italy, his father was a Christian Democrat politician.

After ordination, Sodano joined the papal diplomatic service in 1962 serving in Ecuador, Uruguay and Chile. Appointed papal nuncio (ambassador) in Chile in November 1977, he played a role in the Vatican’s successful resolution of a territorial dispute over three islands at the eastern end of the Beagle Channel between the governments of Chile and Argentina in December 1978 that almost resulted in war.

In his decade in Chile, Sodano became a close friend of the military dictator, Augusto Pinochet, who ruled from 1973 to 1990. He did little or nothing to support the efforts of the Santiago archbishop, Cardinal Raúl Silva Henríquez, a strong promoter of democracy, human rights and social justice and an effective opponent of the Pinochet regime.

A strong opponent of liberation theology, Sodano worked to have conservative clerics appointed as bishops across Latin America. He even intervened as papal Secretary of State with the British government in 1999 to release Pinochet after his arrest on a Spanish warrant for human rights crimes.

It was while he was in Chile that Sodano became friends with two notorious clerical paedophiles, the Mexican Marcial Maciel Degollado, and the Chilian Fernando Karadima, a priest with deep connections to the Pinochet regime. During this period and for two decades afterwards Sodano was influential in the appointment of mediocre and often right-wing bishops in Chile, many of whom totally misled Pope Francis in 2018 over sexual abuse, particularly that of Karadima, leading to an abject papal apology and the dismissal of three bishops.

In 1988 Sodano returned to Rome and two years later John Paul II appointed him papal Secretary of State, effectively the pope’s combined prime minister and foreign minister. This was the period of the fall of the Berlin Wall and the collapse of Communism in Russia and Eastern Europe. The Vatican became intimately involved in the life of struggling churches in Hungary, Croatia, Slovenia, the Czech Republic and Slovakia. Under Sodano’s influence, the papacy opposed the US invasion of Iraq. Sodano told reporters that it wasn’t a question of whether the war was just or unjust, but ‘whether it is opportune to irritate a billion followers of Islam.’ Here he was probably thinking of the 300,000-strong Iraqi Chaldean Catholic community that had been protected by Saddam Hussein.

Sodano’s dominance of the Vatican and more broadly world Catholicism, especially through the appointment of right-wing bishops even as far afield as Australia, began with the globe-trotting John Paul II who left the details of church governance to his Secretary of State. His influence increased in the late-1990s as the pope’s health declined due to Parkinson’s disease, severe osteoarthritis and hearing loss. Sodano’s ally was John Paul’s private secretary, the Pole, Archbishop Stanislaw Dziwisz. (pronounced ‘jee-veech’). This was the period when ‘a leaf didn’t move in the Vatican unless Sodano wanted it to.’

With no tradition of popes resigning because of ill health (before Benedict XVI the last pope to resign was Celestine V in 1294), the church faced the question of what to do with a pope with dementia or another crippling illness being kept alive by modern medicine. It was precisely the situation with John Paul II’s declining health that Sodano used to consolidate his power. After the election of Joseph Ratzinger as Benedict XVI in 2005, Sodano became Dean of the College of Cardinals. Turning 75 on 2006, he had to resign as Secretary of State. But, as Vatican expert, John Allen says ‘he remained massively influential in shaping the Vatican’s internal culture.’

The worst aspect of his power was his denial of the sexual abuse crisis, using a 2010 Easter Sunday sermon to describe it as the ‘petty gossip of the moment.’ He protected the notorious paedophile, the Mexican cleric, Marcial Maciel Degollado, founder of the religious order, the Legionaries of Christ. Right from the beginnings of the Legionaries in 1941 Maciel, a sociopath, molested students and seminarians. Later in life he fathered (and abused) several children by at least two women, became addicted to drugs and raised billions of dollars, much of it from the Mexican elite, to bribe his way to power in Rome and elsewhere, with much largess bestowed on Sodano who, in turn, influenced John Paul II to support Maciel. The pope admired the order’s so-called ‘orthodoxy’ and the number of priests it produced.

As Jason Berry, the journalist who broke the story on Maciel says, Sodano was ‘the man who, more than any other, embodies the misuse of power that has corrupted the church hierarchy.’ Eventually Benedict XVI dismissed Maciel from ministry, but the Legionaries survived because, an informed source told me, the Vatican doesn’t know where the order’s assets are buried.

In 2010 Cardinal Christoph Schönborn of Vienna accused Sodano of blocking an investigation of demonstrable abuse claims against Schönborn’s Vienna predecessor, Hans Hermann Groër. Schönborn was forced to back-down by Benedict XVI, thus illustrating Sodano’s continuing influence even after retirement. Sodano has also been accused of providing incomplete information to the pope regarding sacked American cardinal, Theodore McCarrick’s abuse and misconduct.

John Allen says Sodano would have been more at home as a cardinal prince in the Renaissance papacy. He certainly represents the Vatican ‘old guard’, precisely the kind of people Pope Francis is trying to replace.

P.S. I’d just finished this when Francis appointed sixteen new cardinals who will have a vote in the next conclave. His international emphasis continues on far-flung and neglected places as he by-passes traditional cardinal strongholds, especially in Europe. As Jesuit Thomas Reese says: ‘He looks for the person that he thinks will contribute the best to the church and that supports his vision of where the church should go.’ Among those just appointed is Dili bishop, Virgilio Do Carmo Da Silva, first cardinal from East Timor. Other countries represented are Brazil, Ghana, India, Nigeria, Paraguay, Singapore and South Korea. Only one American was appointed, the bishop of San Diego, Robert McElroy, a strong supporter of the Pope Francis agenda.