A national disgrace: the National Archives turns to crowdfunding to save irreplaceable historic records 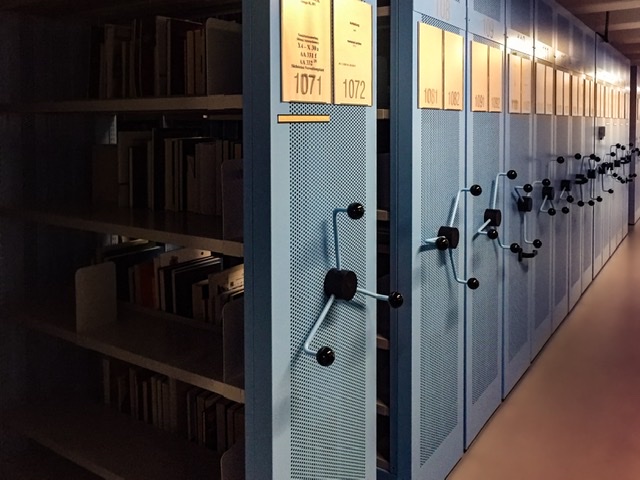 This week marks one year since the High Court handed down its landmark decision in the Palace letters case that letters between the Queen and the Governor-General Sir John Kerr are considered public documents, ending the Queen’s embargo and leading the Archives to release them. In what I described then as a moment of “legal colonial upstart-ery”, the High Court had broken through the barrier of royal secrecy which shields royal actions from public view and from history, something no other Commonwealth nation has yet achieved.

It was the end of a four- year legal battle led by a pro bono legal team and with a generously supported crowd-funding campaign, which had begun in the Federal Court in 2016 and which the Archives had contested every step of the way. That folly has cost the Archives severely, financially and politically. Having lost at the High Court, it was ordered to pay costs and its total expenditure on fighting the case nearing $2 million.

The political cost was no less severe. This was a deeply antithetical position for the Archives, a self-proclaimed “pro-disclosure organisation” losing its much-needed public trust and goodwill. It has only exacerbated the despair felt by historians at the Archives’ failure to protect its historic materials due to a lack of funds. Its priorities could not be more misplaced.

We are now facing the unedifying, scandalous, spectacle of the Archives resorting to crowdfunding to raise the money needed to meet its legal obligation to protect our history, our “national treasures”, in its care. This is an international disgrace.

On this, the recently released Tune review was excoriating. Tune found that the Archives has presided over the “deterioration of many records”, in breach of its statutory requirement to preserve and protect our archival resources. Irreplaceable historic materials – Prime Minister John Curtin’s war-time speeches, original recordings of indigenous languages and cultural practices, ASIO surveillance film, audio recordings from the royal commission into the Stolen Generation – are decaying and in immediate danger of disintegration without an injection of $67.7 million. Yet the Morrison government failed to allocate anything in the budget towards this urgently needed historical remediation.

It is simply baffling given this dire predicament that the Archives recently committed $10 million to a four-year program of digitisation of World War II records, when its first and overriding priority must be the urgent protection of its decaying, at risk, records. The Australian War Memorial by contrast was gifted a further $500 million in the federal budget towards its controversial new headquarters when its current award-winning purpose-built home is barely 20 years old.

Given the desperate situation now facing the Archives, it must be asked whether their military service records should be handed over to the Australian War Memorial, which at least has the funds to manage and digitise them. This would be disastrous for the Archives as our national repository of archival records. However, with the “memory of our nation” already at risk as the Director-General of the Archives, David Fricker, has acknowledged, this would leave it to focus on what must be its highest priority – protecting its disintegrating records and preserving our history.

A year on from the historic High Court decision a remarkably similar case is making its way through the British courts. Like the Palace letters case, it involves a biographer-historian, a cache of secret royal letters which ought to be made public, and a recalcitrant archive refusing to do so. For four years the British historian, Andrew Lownie, has been seeking access to the diaries and letters of Lord Louis Mountbatten, held at Southampton University. His initial Freedom of Information request, made while he was researching his biography of the Mountbattens, succeeded and yet the University refused to open the files claiming there was a Cabinet directive preventing it.

The most extraordinary aspect of this is that Southampton University had bought the Mountbatten collection, the Broadlands Archives, for £2.8m in 2010 using public funds, claiming that it would “preserve the collection in its entirety for future generations to use and enjoy” and to “ensure public access”. The university’s catalogue gives their legal status as ‘public records’, and states that they were ‘open on transfer’, and yet a Cabinet directive has apparently reached into this publicly funded archive to keep some of the most important aspects of Mountbatten’s long public life from history. The power of royal secrecy lingers even in publicly held archives.

Lownie then appealed to the UK Information Commissioner’s Office (ICO), which again ordered the university to release the material. Southampton University ignored the order for more than a year until a swingeing report from the ICO that it would issue “unprecedented” contempt of court proceedings forced a response. The university has now appealed against the ICO order to open Mountbatten’s letters and diaries. Lownie meanwhile, having funded this legal challenge himself, has clocked up £250,000 in legal bills and is out of funds. He has now launched a crowdfunding campaign to continue to the final stage of this needless and costly legal saga, simply to enable public access to public documents.

The Lownie case is “eerily similar” to the Palace letters in its denial of access to public documents relating to the royal family, “the effect being that public knowledge of key constitutional and political events is limited”. The Palace letters, which as the High Court acknowledged the Queen did not want released, are now open and the history of the dismissal has changed dramatically as a result. The extent of the Queen’s involvement in Kerr’s planning for and his deliberations about the dismissal are now clear.

It is only thanks to the High Court’s decision that we know that the Queen, her private secretary Sir Martin Charteris, and Prince Charles were all aware since September 1975, one month before supply was blocked in the Senate, that Kerr was considering dismissing Gough Whitlam; that they discussed with him what action the Queen would take if Whitlam moved to recall Kerr as Governor-General agreeing, in Kerr’s words, to “delay things” rather than act on the Prime Minister’s advice should he give it, in an outrageous breach of the constitutional relationship.

As Malcolm Turnbull wrote in his foreword to my book The Palace Letters, Charteris’s letters “can be read as encouraging” Kerr to dismiss Whitlam. The letters move from cajoling and persuasive to encouraging and, ultimately, directive. Just days before the dismissal the non-lawyer Charteris assured Kerr that he had the power to dismiss the government, “that you have the power is known” Charteris wrote, directly contrary to the advice Kerr received from the Prime Minister and from the chief law officers, the solicitor-general and the attorney-general. In his final letter before the dismissal, Charteris specifically assuaged Kerr’s concern that invoking the reserve powers might damage the Monarchy in Australia; “the chances are you will do it good” Charteris reassured the wavering Governor-General.

Charteris’s approbation was clear, “no other course was open to you”, he wrote to Kerr soon after the dismissal – the Prime Minister’s advice to call the half-Senate election notwithstanding. The Queen’s private secretary was not alone among the royal household in supporting Kerr’s dismissal of Whitlam without warning. Both Mountbatten and Prince Charles did so in the strongest possible terms, writing to him after the dismissal to affirm their support and admiration for his “courageous” and correct action. Prince Philip on his part, as I discussed in these pages recently, considered Whitlam a “socialist arsehole” and was pleased never to have to speak to him again. Kerr was mightily pleased by this royal imprimatur and was fond of proclaiming that he knew his actions were supported by members of the royal family.

Some years ago, I visited Southampton University hoping to see Mountbatten’s dismissal correspondence with Kerr in full. Although the ‘authorised’ Mountbatten biographer, Philip Ziegler, had been granted access and had quoted from Mountbatten’s congratulatory letter to Kerr, I was denied access to the diaries and letters. Instead, I was handed some thin, rather desultory files, containing a handful of itineraries, dinner placements, menus, and invitations to Mountbatten during his visits to Australia. No diaries and certainly no letters between Mountbatten and Kerr.

The High Court has led the way in ensuring a degree of transparency and accountability over royal activities which we have come to expect in a modern constitutional monarchy, and our history has been infinitely enriched by it. For the sake of Andrew Lownie, and for history, we can only hope the British legal system isn’t too far behind.