A perverse consequence of the Census in the counting of indigenous people.

Public policies can have unintended consequences. So does the Census, the data from which many of these policies are designed.

Australia has reason to be proud of the quality of the Australian Bureau of Statistics. Nothwithstanding on-going funding reductions, it has the reputation of being one of the best national statistical agencies in the world. An important part of its role is to conduct a national Census every five years. The data that Census generates contributes to the design of public policy at all levels of government. However, the use of that data by other government agencies can produce perverse consequences. As I will discuss below, one such datum is the number of Indigenous people in Australia.

In the 2016 Census 90,000 people identified as Indigenous who had not done so in the 2011 Census. That is more than the total number of Aboriginal people in the NT. This phenomenon is a sign of the increased pride in their Indigenous heritage of many Australians. It marks a radical departure from my childhood in a West Australian country town in the 1950s and ‘sixties. Then the prevailing racism meant that persons of “mixed race” (sic) would vehemently deny their Aboriginal inheritance. In the currrent Census, for a variety of reasons, I expect that 90,000 figure to be easily exceeded. This will be a matter of celebration for many Australians. A sign, like the sales of Pascoe’s Dark Emu, that the nation is coming to grips with its history and character.

Perversely, the inadvertent consequence of this growing pride in their ancestry by metropolitan Indigenous persons disadvantages the Aborigines of the Northern Territory. This comes about because of the Commonwealth Grants Commission’s methodology in apportioning inter-state distributions of the Commonwealth general purpose grants that are derived from Commonwealth GST receipts

Between the 1981 and 2011 censuses the Indigenous population of Australia grew by 185 per cent. About half of this growth was natural population increase. The rest was from people changing their identity to Indigenous on the Census. In Australia’s capital cities almost all (ca 90%) Indigenous-identifiers are married to non-Indigenous persons. Their children will presumably be Indigenous. Consequently, the proportion of Indigenous persons living in the east coast capital cities will rapidly increase relative to the number of Indigenous persons in the Northern Territory. Or of those in the remote areas of WA and Cape York. As noted above, the current Census will very probably accelerate that trend. This trend, first noted by the ANU demographer John Taylor after the 2001 Census and subsequently elaborated upon by the CDU demographer Andrew Taylor, portends an eventual exponential increase in Indigenous numbers.

Population growth and settlement redistribution of this order challenges the construct of ‘Indigenous disadvantage’ as it is embedded in GST general purpose grants to States and Territories (and applied in similarly deterministic ways to most Indigenous-specific policy and programs). For the Northern Territory, and to some extent Western Australia and Queensland, where the absolute population living in very remote communities with poor socio-economic conditions is growing but whose share of the national Indigenous population is rapidly diminishing, the downstream effects are large and increasing. As a direct result, around $110m (in 2014 figures) has been lost annually from the GST-derived grants to the Northern Territory. The current figure is a cost of $170 million to the NT Budget. I estimate it will be $190 million in the coming year.

We must remember that the GST funding to the States and Territories is a “zero-sum” game. That is, an increase in one jurisdiction’s share implies less funding for another jurisdiction/s. The Northern Territory’s ability to address issues of Indigenous wellbeing is diminishing with every percentage point shift for the Indigenous-identifying population residing in urban Australia. (I don’t want to get into a debate about what the NT does with its general purpose grant; I initiated that in 2006 and it has been actively prosecuted by the NT Council of Social Services’ Barry Hansen ever since. And Territory governments of both persuasions have much to be ashamed about in this regard).

At both the 2016 and in the 2021 Censuses, I registered as Indigenous, even if I have no claim to that status (I am just a naturalised immigrant wog, born in Indonesia of Dutch parents, and so not native to anywhere). Hopefully if enough Territory “whitefellas” changed their identification on the Census form it will eventually force the Commonwealth to provide funding based on socio-economic disadvantage and not on identity. In sum, my argument is to let Indigenous identification be a social indicator and free it of its fiscal consequences. Instead, perhaps, the Grants Commission needs to use the regional SEIFA indices as the index of disadvantage in its calculation of disability factors. 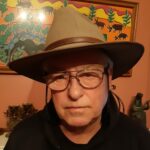