Does racism explain our approach to global health problems? 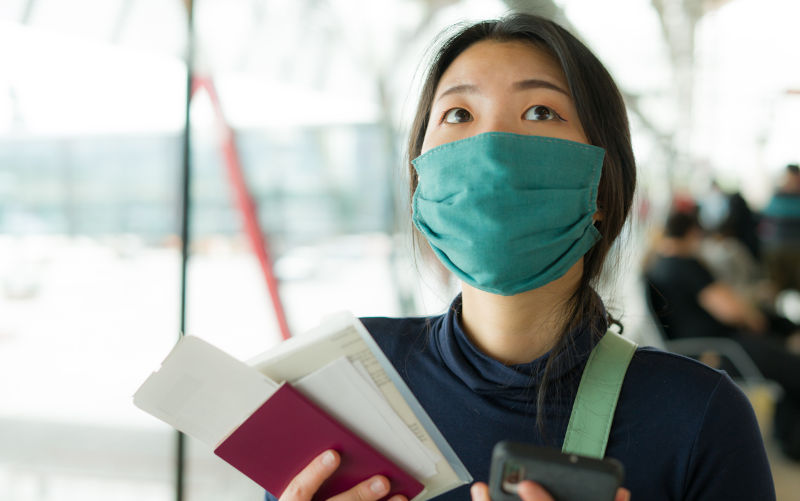 To suggest that China and only China needs to provide negative COVID-19 tests, tests on arrival or even a complete ban of arrivals from China is a political and racist approach to a global health problem.

The subject of Covid tests for travellers from China is arousing a lot of commentary in recent media reports. Australia said they wouldn’t require Chinese travellers to be tested then, in an “abundance of caution” backflipped and said they would.

Japan said they would need a 48-hour test prior to flying and then changed their minds and said they would require tests on arrival and one-week quarantine for positive results. Morocco just said no and banned all travellers from China.

Providing a 48-hour negative test result for international travel is not a bad idea but certainly has detractors, there are some negative points. Some ask: what’s the point? And it’s a fair question when there are no Covid restrictions within a country, is it fair that there should be restrictions on entry to that country?

One criticism is that a test 48 hours before travel wouldn’t seem to be much use. Living in a city without an airport means taking a test in that city, then on the day of travel, getting onto public transportation, travelling to, and then through, the airport to wait at the gate. There are many potential opportunities to catch the virus meaning the negative test in their hometown, the day before a flight, may be quite pointless. Testing on arrival might actually be a better option.

There are however, valid reasons for testing travellers and one is the prospect of a potentially more dangerous variant entering a country. A variant strain could become less pathogenic or it could become more so, it may be difficult to manage as it may evade vaccinations or fail to respond to therapeutics, or it could be less problematic, nobody knows until it’s been tested, sequenced and observed for a period of time.

Whatever the consequences of variant strains are, there is a very real prospect of them arising. One that already has is the XBB.1.5 Variant which has infected over 40% of the US cases and is sweeping though the UK. Some reports suggest that this variant is faster spreading, and more evasive than other variants and even has a supercharged mutation the F486P. This kind of situation has caused many health experts to worry.

What has caused Chinese authorities to worry is not so much the prospect of variants or mutations, although they are rightly concerned about them, it’s a completely different virus, the virus of politicism or even racism.

Some countries are suggesting the reason is not the volume of cases in China but the lack of transparency. This has been strongly refuted by China’s Ministry of Foreign Affairs (MFA) in their 5th January press briefing where they confirm meetings with WHO and sharing of information on 4 different occasions since restrictions were removed in China: December 9th; December 30th; January 3rd: and January 5th. Furthermore, China has shared (with Global Initiative on Sharing Avian Influenza Data, GISAID) the genome data of the two strains currently active in the country as well as information on the XBB.1.5 variant which was found in Shanghai under quarantine conditions and brought into the country by a foreign traveller. Clearly, lack of information or transparency from China isn’t the real cause.

Countries introducing restrictions on Chinese travellers which do not require the same degree of control over travellers from other countries are doing this for other reasons. These enhanced requirements, from one country only, China, need to be seen for what they are: a two-pronged attack on China; the first part is a “tit for tat”. China has and will continue to require 48-hour negative test results from every person entering the country. This is not a racist or political move; this is a sensible precaution to ensure the health and safety of the people who live in the world’s most populous country. It applies to everyone entering China, wherever they come from, whatever their ethnicity.

Secondly, to suggest that China and only China needs to provide negative tests, tests on arrival or even a complete ban of arrivals from China is a political and racist approach to a global health problem. It is not helpful at all. It serves to dehumanise Chinese people in the eyes of those countries’ populations and that is not only harmful to global harmony, it is harmful to any country which practices it.

It needs to be reiterated that China has, since identifying this virus in December 2019, supplied information to the US CDC and WHO on December 31st 2019 and shared the genome sequence on January 12th 2020. China has provided open and transparent information ever since. It has shown equality in dealing with all nations throughout this pandemic and it has shown global leadership in Low Income and Developing Nations with its vaccine donations, sales and manufacturing partnerships. Even CNN’s Covid Timeline agrees, China discovered, shared and warned the world. Transparency obviously isn’t the issue.

January 8th was an important date. It was the date on which China reopened to the rest of the world. It was also the date on which some countries chose to exclude China and others to only allow conditional access on their terms. There are some reports of China “lashing out” at these restrictions. As usual, these reports are exaggerated. What the MFA spokesperson actually said was very different to “lashing out”, she said: “We stand ready to step up communication with the rest of the international community and work together to prevail over COVID. Meanwhile, we do not believe the entry restriction measures some countries have taken against China are science-based. Some of these measures are disproportionate and simply unacceptable. We firmly reject using COVID measures for political purposes and will take corresponding measures in response to varying situations based on the principle of reciprocity”.

It is likely, and reasonable, China will take measures when countries discriminate against Chinese citizens but, as usually happens, they will be accused of aggression for responding with reciprocity.