A republic and Indigenous recognition

With minimal changes to the Constitution, Australia can become a republic and recognise the truth that our indigenous peoples were the first occupants of this land.

The time for us to become a republic is long overdue. We are an independent nation, no longer owing fealty to the United Kingdom. Yet we still have a monarchic system where the Queen of England is our head of state and does not live here – and where no Australian could be that head of state.

The current system does not reflect Australian values of equality and we need to change to a republic. Importantly, doing so will also present us with the opportunity to properly recognise our indigenous peoples as the original custodians of our land.

The constitutional change to establish a republic should put an Australian stamp on the Constitution, provide overdue recognition within it of our indigenous peoples and give them the respect they deserve by giving them the voice to Parliament they have requested.

There are issues to resolve. How should the President be chosen in a way which involves the Australian people and how should recognition of our indigenous peoples be framed? But these issues present opportunities. They are not impediments. We know we must make our own way in the world, so let’s refresh our image as we do so!

The authors consider that the means of choosing the President which has the best prospects for gaining popular support in a referendum is by enabling the people and the States and Territories to participate in the process. The final decision should be made by a joint sitting of the two houses of the federal Parliament. The Constitution Alteration (Establishment of a Republic) Bill 1999 (the 1999 Bill) can be used as a starting point for these changes.

The 1999 referendum proposed that Australia become a republic with the Queen and GG being replaced by a President. One factor in the referendum’s failure was that some people who did want a republic did not agree to the President being appointed by a two-thirds majority of the Parliament. They wanted a say in who should be President.

It is entirely appropriate that we, the people, be able to participate in choosing our own head of state. However, direct election of a President is incompatible with our system of responsible government under which power is exercised by a government which has and maintains the confidence of the Parliament. We do not want to open the way for major constitutional controversies as to who holds the reins of power. It is clear that the head of state, whether the Queen or a President, must act in accordance with the advice of the government of the day. Nor do we want the potential for rich demagogues to use their resources to seek to buy the presidency.

The gap between direct election proponents and those who see the choice of President being made by the Parliament can be bridged by a hybrid model of appointment. This would involve a public nomination process followed by parliamentary approval. The nomination process could be similar to that used in choosing the Australian of the Year.

About a year before the office is to be filled, the government would call for nominations of suitably qualified Australians to become the President for five years. Nominations of each person willing to serve would be supported by a small number of citizens eligible to vote – say 200, because this should not be a matter of campaigning but of choosing the most suitable candidate for the role. Nominations could also come from State or Territory Governments, but it would be vital that the people have the opportunity to participate through the nomination process.

A joint committee of the Parliament would then short list nominated candidates and could filter out those considered less suitable. The final choice would be made by a majority vote of the joint houses of the Parliament. A two-thirds majority would not be required but the motion to appoint the President would need to be seconded by the Leader of the Opposition, ensuring a consensus.

The process would be transparent. Eligibility criteria for nomination would include not being a current member of a political party, not being a serving member of Parliament (though being qualified and capable to be such a member), and being a person of good reputation and character, with a significant record of achievement.

Provisions requiring amendment to make the Constitution our own – the preamble

The present preamble and covering clauses of the Constitution are no longer relevant to our nation. They should be replaced by a new preamble. Our ability to change the preamble if we so choose was contemplated by the Constitutional Commission in 1988 (para 3.123).

The new preamble should declare our national sovereignty and recognise the ancient sovereignty over Australia of our Aboriginal and Torres Strait Islander peoples. The need for Aboriginal and Torres Strait Islander peoples to be recognised in the preamble is not a new notion. It was advocated by Prime Minister Howard in the run-up to the general elections in 2007.

The Constitution cannot adequately give expression to the reality of Australia’s nationhood without recognising the original sovereignty over the land of our Aboriginal and Torres Strait Islander peoples. All sides of politics have accepted for years that constitutional reform in this area is necessary, as have other groups including the Business Council of Australia. Constitutional recognition would go some way towards correcting the relationship with our first nations people and give us confidence to go forward as a nation, by acknowledging the truth about our beginnings as a nation

Drawing in part on wording that was considered in Parliament in 1999, an amendment to give effect to this proposal might pick up key language of the 2017 Uluru Statement from the Heart and be framed as follows:

The Constitution is altered by omitting from the Commonwealth of Australia Constitution Act, as enacted by the Parliament of the United Kingdom on 9 July 1900, all the words before the heading “CHAPTER 1. THE PARLIAMENT” and substituting the following:

“WE, THE PEOPLE OF AUSTRALIA,

Acknowledging that our Aboriginal and Torres Strait Islander tribes were the first sovereign nations of our continent and its islands, possessed under their own laws and customs,

And recognizing that the Commonwealth of Australia is now a sovereign country,

With our people drawn from many nations

Proud of our diversity, celebrating our unity, loving our unique and ancient land,

And embracing democracy and the rule of law,

Overview of other provisions to be adjusted

The 1999 Bill identified the provisions of the constitution needing amendment to establish Australia as a republic. With few changes, the Bill would serve as a good basis for the refreshed approach to achieving a republic which the authors advocate. The amending Bill could also be the vehicle for indigenous recognition and a voice to Parliament.

Broadly, the changes needed to establish a republic are straightforward. They would include necessary amendments to sections 61, 62 and 63 to vest the executive power of the Commonwealth in a President in Council and repeal of sections 59 and 60, which allow disallowance of Bills by the Queen and reservation of Bills for her pleasure. Any prerogative of the Crown would reside in the President, until otherwise determined by the Parliament. And obviously there would need to be new

oaths and affirmations applicable to Members of Parliament (and the President) under which they would pledge allegiance to the Commonwealth of Australia and to the Australian people, not the Queen, as at present.

There would be other consequential amendments and provisions dealing with continuity of administration during the transition from the office of Governor-General to the office of President. Certain matters would be made clear, such as allowing the States time within which to terminate their links with the Crown; and clarifying that the changes do not affect the continuity of the federal system or Australia’s unified system of law.

Two other amendments could be made, the first being more important. Section 25 contemplates that the States may make laws disqualifying people from voting in elections on the ground of their race. Discrimination on racial grounds is unacceptable and the section’s language of a bygone age should go. Of lesser importance, but still of significance, there are over 60 references to the male gender in the current text., The language should be made gender neutral. Two-thirds of these references are in provisions which would require change anyway to substitute the word ‘President’.

A Voice to Parliament

As indicated above, the further action which needs to be taken is to enshrine in the Constitution a voice to the federal Parliament as proposed in the Uluru Statement from the Heart. Broadly that statement called for the insertion in the Constitution of a provision for a first nations representative body as the channel for advice to the Parliament on laws, policies and proposed laws that affect or may affect indigenous Australians. Representatives of the Aboriginal and Torres Strait Islander people are currently considering how the wording of the voice to Parliament constitutional proposal should be framed. The authors defer to that consideration. But we are of the view that what emerges should be part of the constitutional (and not merely legislated) changes.

The time has come for the Australian people to demand that our Constitution reflect the reality that sovereignty resides in us. Our Constitution should no longer present us to the world as a constitutional monarchy, with the British Queen as our head of state. It should rather reflect the underlying reality that, while our system of government is based on the Westminster model with strong influences from the United States, sovereignty resides in us, the Australian people – all of us.

We can achieve this by: 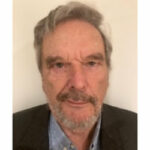 Following his retirement, he worked as a consultant and from 2006 to 2011 as a Visiting Fellow at the ANU where he managed the internship program for the College of Law. 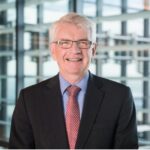 Denis graduated from Melbourne University in 1975 with BA and LLB degrees. He was later awarded an LLM degree from the ANU for his thesis dealing with the Governor-General’s powers to dissolve the Houses of Parliament. Before joining Minter Ellison in 1989, Denis was a Senior Executive lawyer in the Commonwealth Attorney-General’s Department. His practice as a partner in Minter Ellison was mainly in the area of administrative law, covering both judicial and tribunal review. He drafted Fiji’s 1997 Constitution. Denis was the head of the Refugee and Migration Review Tribunals from 2007 to 2012. 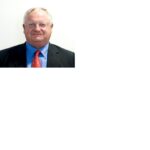 Dale Boucher graduated from the University of Melbourne in law in 1971 and worked for the Commonwealth for 32 years, mostly in Attorney-General’s. From 1993 - 1999, he was the Australian Government Solicitor and CEO designate of AGS. He worked with Minter Ellison (four years) and ran his own legal business (six years). From 2009 - 2013, Dale was the inaugural Chairman of the Tax Practitioner’s Board. From September 2014 - 2017 he was the Inaugural Commissioner for Uniform Legal Services and CEO of the Legal Services Council, for Victoria and New South Wales. E - [email protected]