A Revolutionary Change in Thailand: Protests Against the Monarchy Signal a Break With the Past (Foreign Affairs Dec 7, 2020)

Since February, protesters have taken to the streets of Thailand to demand reform of the country’s political system. Demonstrations swelled in recent months as activists grew more forthright in criticizing the government and the monarchy—an institution traditionally held sacrosanct.

Thousands of demonstrators faced off with police this week in front of the garrison of a military regiment under the direct control of King Vajiralongkorn. In a bid to quash the protests, authorities have harnessed Thailand’s sweeping lese majesty laws, which prohibit criticism of the royal family, to bring charges against five leading activists.

Thailand has experienced political convulsions before. In the past 15 years, street protests have precipitated the rise and fall of two governments, in 2006 and 2014, respectively. But the latest unrest reveals a revolutionary cultural shift in the country. In the past, the principal battle was among political factions vying for power. Today, Thai citizens are openly challenging the monarchy. An institution that was once untouchable has fallen from its pedestal and become subject to public debate, scorn, and even repudiation.

IN WITH THE NEW

Today’s protests follow earlier political upheavals that shook the country for years. Two factions—known euphemistically as the Red Shirts and the Yellow Shirts for their chosen colors—have wrangled for political control in Thailand since 2006. Their feuding catalyzed a military coup in 2006, which toppled the Red Shirt–backed Prime Minister Thaksin Shinawatra. The Red Shirts protested against the coup, which led to a brutal military crackdown in 2010. Authorities held elections again in 2011 that resulted in the nomination of Thaksin’s sister Yingluck Shinawatra as prime minister. In 2014, a conservative umbrella group that included the Yellow Shirts staged antigovernment protests. The military then forced another coup, installing Prayuth Chan-ocha, the army chief, as prime minister, ostensibly in order to ensure an orderly transition from the declining King Bhumibol Adulyadej to his son, Vajiralongkorn

That transition is now over. Vajiralongkorn assumed the throne in 2016 in the wake of his father’s death. Changes made to the constitution in 2017 ensured that Prayuth remained prime minister following elections in 2019, indicative of the degree of control the army maintains over the apparatus of government. But Prayuth did not anticipate the strong showing of a new progressive political party, Future Forward, which won the support of many younger voters. Thailand’s Constitutional Court—which serves the interest of the ruling junta—dissolved Future Forward and found its popular leader, Thanathorn Juangroongruangkit, guilty of violating election laws in early 2020. Suppression of the party sparked flash mobs at universities. Since then, protests against the government have only grown in size and in the scope of their demands for change. Unlike in previous upheavals, the people now occupying public spaces in Thai cities are young—predominantly of high school and university age—and they seek fundamental change. Many Red Shirts have joined them.

This year’s protests suggest a profound transformation in Thai politics and culture. Bhumibol ascended the throne as a teenager in 1946 and ruled for 70 years, during which time Thai politicians and citizens largely respected the monarchy as a symbol of stability. But the ascension of Vajiralongkorn changed that dynamic. In August, the human rights lawyer Anon Nampa called for reform of the monarchy at a protest. In doing so, he publicly broke the taboo against speaking critically of the monarchy. Protesters have since unleashed a flood of criticism of the king that was unthinkable just months earlier and that authorities have been unable to stanch. These critics are not calling for the abolition of the monarchy, but they are demanding reform: more legal limits on the king, financial audits of his wealth, and the imposition of other forms of oversight on royal activities.

If public attitudes toward the monarchy have shifted, so, too, has the character of the monarch. Vajiralongkorn cuts a figure that contrasts starkly with that of his widely respected father. Bhumibol promoted frugality, personal reserve, and traditional monogamy. His son has been married four times and resurrected the long-dead institution of polygyny. On his birthday in 2019, Vajiralongkorn appointed Sineenat Wongvajirapakdi his “royal noble consort.” But he then quickly spurned and demoted her, prompting rumors that she had been imprisoned or even killed. He reinstated her this year with a snap of his fingers. Many Thais see Vajiralongkorn’s treatment of his former wives and Sineenat as not just callous and fickle but misogynistic. The king has departed greatly from the image of public probity his father once cultivated. Vajiralongkorn indulges in an opulent lifestyle, lives for much of the year in Germany (where he is rumored to stay in a luxury hotel in the Bavarian Alps), and has expressed little concern about the economic hardships that Thais now suffer as a consequence of the COVID-19 pandemic.

As a result, Thai social media is full of satire and bitter invective directed at the monarch. The derision shocks many Thai observers and would have been unthinkable under the previous king. But the floodgates have opened. Protesters at demonstrations and on social media have turned the king’s own statements into mocking slogans, repeating his words with derision. Undergraduates at Thammasat University refused to attend their graduation ceremony rather than receive their diplomas from a member of the royal family—some of the graduates photographed themselves with a cardboard cutout of a local bean hawker instead. Protesters also have changed the very language with which they speak about the king: instead of using ratchasap, or the register required when addressing royalty, they use pronouns and terms that are respectful but reflect the idea of the king as a human being like them rather than a semidivine superior. Some have even dared to use the most colloquial register, which is exceptionally offensive when speaking about royalty.

Social media has played a pronounced role in the current unrest. The army and government agencies have long controlled the traditional broadcast media, but now many young protesters in Thailand have access to TikTok, Twitter, and Facebook, which they use to share their opinions about politics. Authorities have struggled to control these avenues of expression, and their efforts have met resistance from the social media companies themselves: Twitter suspended a popular royalist account for trying to manipulate the platform. Social media has linked protesters to Thai dissidents in France, Germany, and the United States, as well as to pro-democracy advocates in Hong Kong and Taiwan, in what has been dubbed “the Milk Tea Alliance.” Thai fans of K-pop (Korean popular music) have raised more than $100,000 to supply protesters with protective equipment, such as helmets and goggles, and legal assistance in case they are arrested.

The new generation’s understanding of democracy encompasses a commitment to equality, including gender and sexual equality, that stands in contrast to the patriarchal culture of the monarchy and the political establishment. While the color-coded protests were led by middle-aged straight men, protest leaders today include women, gay men, and lesbians. The majority of demonstrators clamoring for change seem to be young women. Female protest leaders have highlighted the fact that Thailand’s most powerful institutions—the military, the monarchy, and the monkhood—are dominated by men and have little or no place for women. And the protests have a campy style, replete with drag queens and rainbows. In effect, the demonstrations have become avenues for young people not just to refuse royalism but also to demand the right to nonconformity.

The uprising has had the immediate political consequence of placing Prayuth, the prime minister, in a bind. Protesters have consistently demanded Prayuth’s resignation, but he has been unwilling to budge. Vajiralongkorn does not appear to trust Prayuth or his allies: in October of last year, the king went so far as to take direct control of two crucial army units located in Bangkok, and in 2018 he established a special security division, now known as the King’s Guards 904, with the explicit objective of protecting the monarchy and serving as the king’s personal security force.

Prayuth’s days may be numbered: he is unpopular in the streets and no longer seems to enjoy the backing of the king. But even though demonstrators have no great love for the prime minister, a potential military coup against Prayuth now would only widen the chasm between the new generation of protesters and the military and monarchy. A coup would likely bring to power army officers more willing to use violence against people they see as opponents of the palace and the military.

The military considers itself first and foremost the protector of the monarchy. Thailand’s new generation of protesters is therefore questioning both of these institutions by criticizing one. With the king’s backing, Thai military authorities could put the protests down with violence. But such repression would only further disillusion young Thais and undermine the legitimacy of the monarchy and military.

Thailand’s young protesters have already accomplished what previous generations did not dare even to attempt: they have made the monarchy a subject for public discussion and critique. They have voiced this radical dissent so intensely and pervasively that it cannot be silenced without cost. 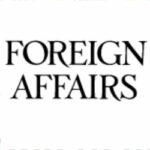