A ‘rules-based order’ is ambiguous for good reason

The Rules-Based Order is a diplomatic tool as it can mean many things to many people. A helpful response to anyone using the term is to ask whose rules, which rules, and why are they using it?

Every ‘order’ by definition is ‘rules based’ because if there are no rules, the consequence is anarchy. ‘RBO’ is a ‘Rashomon term’ – after the short story by Ryunosuke Akutagawa. Its meaning depends on the perspective of the user. We may think we are communicating about the same thing – but actually we are more often than not only using the same words.

‘RBO’ generally means – at least to the majority, because the majority benefitted from it – the ‘liberal international order’ (LIO). Different states or societies, however, often place stress on one part of the LIO rather than another.

These different interpretations are not stable but situational and conditional. Australia and Japan may be more comfortable with the Biden administration’s interpretation of the political-security aspects, although Japan and Australia (and some ASEAN countries) would be concerned if Biden turns out to be Obama 2.0 in its attitude towards hard power.

Many of us would probably have a greater convergence of meaning when we talk about an RBO in the specific context of the South China Sea and Senkaku – because we would then mean a specific set of rules, UNCLOS (United Nations Convention for the Law of the Sea). Even then, which parts of UNCLOS we stress would probably differ – for instance, if a claimant state were using the term rather than a non-claimant state.

The US is more concerned than ASEAN about the permissibility of military activities in EEZs.  Nor would we all hold our concerns with the same degree of intensity, and the concerns and their intensity would themselves change over time. In the 1990s, the US was relatively unconcerned about the various claims in the SCS and took some persuading to even state a position of principle in support of ASEAN when the dispute over Mischief Reef flared up.

China itself agrees with some aspects of an RBO particularly in the trade-economic domain, why else would it have signed up to the RCEP and express interest at the highest level in the CPTPP (Comprehensive and Progressive  Agreement for Trans-Pacific Partnership), an agreement which the United States originally supported? I don’t think  Xi Jinping’s expression of interest in the CPTPP is anything but tactical but that in itself points to the instrumental nature of our use of the term. RBO is not an autonomous reality that exists independent of our perceptions and intentions.

My instinctive response to anyone using the term RBO is to ask myself whose rules, which rules, and why are they using it? It was never very realistic to expect China to be a ‘responsible stake-holder’ in a LIO it had very little say in establishing. But while China is revanchist, it is not revisionist in that as one of the principal beneficiaries of the LIO, it has no strong incentive to just kick over the table. Beijing picks and chooses which rules to comply with and which to disregard, but who does not? Who is perfectly consistent? We just make different choices about which bits of which RBO to comply with and which to disregard.

While almost everyone uses RBO to refer to one aspect or another of the LIO, the LIO is not the natural order of things. The LIO was uncontested only for a historically short and exceptional period between 1989-1991 when the Berlin Wall came down and the USSR imploded and circa 2008 when the global financial crisis broke out.

We are now returning to a more historically normal period of a divided and contested international order. But this is not a ‘new Cold War’, which is an intellectually lazy trope. The US and USSR led two competing systems; their competition in principle was over which system would prevail. The US and China are both vital parts of a single system; their competition is over which will dominate and control that system. Total, across-the board decoupling is highly improbable. Even the BRI rests on a foundation of a selection of much the same rules. Can it (and China) succeed if the world turns protectionist?

None of the difficulties I have highlighted can be overcome by qualifying RBO with ‘Liberal’, ‘Conservative’ or ‘Consensus’ because the adjectives are subject to the same ambiguities and situational conditionalities as the noun. Still, no one will discard the term RBO. It is a diplomatic tool rather than a term with an exact or stable meaning. It is useful as a diplomatic tool precisely because it is ambiguous.

This article first appeared in Asialink., February 1. 2021. Republished with permission. 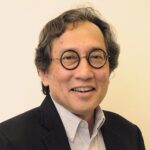