A Sino-US thaw would leave Australia stranded on a rock 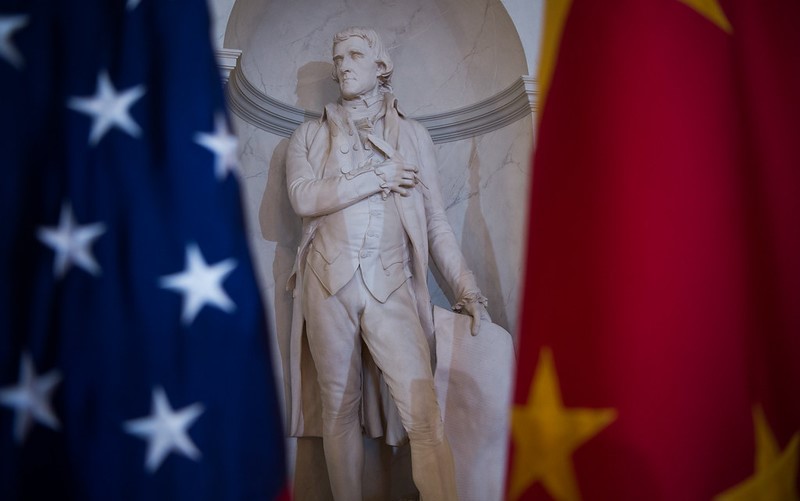 As the US talks more about co-operation with China than competition, Australia’s lack of vision on China is on full display.

One can imagine the scenes in senior foreign policy circles in Canberra recently — people walking into broom cupboards, bumping into each other, disoriented and confused. It wasn’t meant to be like this.

First, the US and China announced a mega 20-year LNG deal, which China’s Global Times tabloid gleefully observed was at Australia’s expense. Then, at COP26, the US and China revealed that for months they had been working together in secret on a major global initiative to cut methane emissions.

And now Joe Biden and Xi Jinping are meeting in a virtual summit, after they have spoken twice by phone. Although the White House spokesman has predictably tried to lower expectations for the meeting, discussion will be comprehensive, covering areas of multilateral co-operation, security, points of conflict in the bilateral relationship such as cyber and technology theft, nuclear non-proliferation, Taiwan, North Korea and Afghanistan, to mention a few topics. Australia will not be among Biden’s talking points.

The signs that the US and China are finding a new accommodation have been apparent for months. Senior officials on both sides have increased the frequency of their meetings. The two most senior foreign policy officials from the US and China met last month in Zurich. The US’s chief climate change negotiator was in China recently. You can be sure his brief went well beyond climate change.

These days the administration talks more about co-operation with China than competition. Containment has disappeared from its vocabulary. Talk of a “new” Cold War is archly dismissed by the US national security adviser. While the US president can’t remember the Australian prime minister’s name, he is eager to appease France’s President Emmanuel Macron and give Australia a clip behind the ears for embarrassing him over AUKUS.

Such is the world of great power politics. In the old cliché, there are no permanent friends (nor enemies), just permanent interests.

Over the past few months, China has wound back its utterly counterproductive “wolf warrior” diplomacy. It seems also to have curtailed its more abrasive activity in the South China Sea. It blindsided just about everyone when it said it wished to join the Comprehensive and Progressive Agreement for Trans-Pacific Partnership, or TPP-11.

The difficulty for Canberra is that these days, and for some time now, it has had no controlling vision for how Australia needs to navigate its way in the new multipolar order. The international system is chaotic. Great powers do as they wish. Others try to advance their interests and look after themselves as best they can.

Last week former prime minister Paul Keating tried to assist by offering Canberra a contemporary conceptual framework with which to make sense of all of this. Far from receiving an intellectually coherent response, the prime minister and defence minister retreated to puerile name-calling. These are individuals who have the power to send young Australians to war to defend the country but cannot offer a defence of their own policies when criticised by a distinguished former prime minister.

Keating’s comments on Taiwan attracted most of the vitriol. But questioning what Australian interest is served by joining with the US in any conflict with China over Taiwan is perfectly reasonable. Whatever one’s views, reasoned debate on such matters should be welcomed.

The near obsession by some senior government ministers and officials over Taiwan is itself rather odd. In foreign and security policy nearly every event is possible, but it is important to assign probabilities to possible outcomes. As Keating argued, the probability of Beijing instigating a civil war — which is what it would be — must be next to zero. It is doubtful any leader in Beijing could survive Han Chinese killing Han Chinese over Taiwan.

Nor is the question of Beijing’s actual military options for Taiwan ever discussed by those who are constantly warning darkly over war in the defence of Taiwan. If Beijing were intent on invading Taiwan, its military options are severely limited — as is its chance of success.

Some fret over an accident in and around the Taiwan Strait that could bring on direct military conflict between the US and China that could escalate rapidly into a major war. This nightmare scenario would depend on how heated the tensions already were between Beijing and Washington and how far, as a result, communications between the two had deteriorated. Certainly, constant talk of war from Australia’s leaders does nothing to ease tensions on this issue.

In Beijing these days, Australia is hardly mentioned. If anything, we are viewed with polite bemusement. The one exception is Taiwan. At dinner parties, well-educated Chinese guests will invariably ask me why Australia seems so obsessed with war over Taiwan.

For them, it seems odd and out of step with other governments, especially as Australia is so distant from Taiwan. No one doubts Australia’s commitment to its US alliance relationship, but since Australia has for 50 years recognised Beijing’s claim of sovereignty over Taiwan, it seems to people who think about such things in Beijing that Australia is seeking to provoke conflict.

My book, which was published before the US presidential election last year, concluded that Australia needs to be alert to the high probability that the US would during this term — no matter whether it was Trump or Biden — reset its relationship with China.

It would do this not because it took a different view of China and its challenges to US global pre-eminence, but because containment had not worked. Worse, in some respects it had been counterproductive, such as encouraging China to decouple and redouble its efforts in AI and semi-conductors.

As Winston Churchill once observed, the US will do the right thing once it had exhausted all alternatives.