A Sinologist’s view on Australia’s relations with China

My memory of the time I spent in Australia, while directing the University of Sydney China Studies Centre from 2012 to 2015 was a largely positive and happy one. Looking from the UK, where I am now based, I have to acknowledge a sense of shock and sadness.

I felt there was a widespread interest in China, which meant that I was able to travel to almost every state (apart from the Northern Territories) talking about issues relating to China with different groups and bodies and learning from them. It also meant that colleagues at the university I worked for were also very happy to engage with our work. I think at one point we had 150 academics across the whole organisation, in the 16 faculties, interested in issues linked to China, or working with partners there.

Of course, there were concerns. China’s emergence as the country’s largest economic partner had been a sudden, and unplanned, one. Already, there were accusations of various different kinds of Chinese government interference. Towards the end of my time, the Sydney Morning Herald ran a number of articles on the Chinese embassy and other posts in the country running Chinese students containing spy rings.

In view of the huge numbers of Chinese studying in almost every tertiary level education institution at this time, amounting to over 180,000, this would have been a formidable undercover force. My own experience, actually talking to and working with our own Chinese students at the university was that they were a diverse, complex group, with no easy category to fit them in. The one thing one could say was that they lacked a public voice, and that they existed in a somewhat confined and misunderstood space. I don’t deny there were students that, because of the nature of their study, were of interest to Chinese intelligence. But I imagine that these numbers were small, and were probably in areas it was easy to guess at.

No one forced any Australian university to take so many of these students – that much at least I know. That their fees ended up being a major source of education funding is as much the result of domestic government and institutional decision making rather than external manipulation. If the Chinese government has been as active in taking these chances opened up to it as some claim, we do have to at least have some admission that they were chances created largely by others.

Looking from the UK, where I am now based, across to how the public debate about China in Australia has developed in the last few years, I have to acknowledge a sense of shock and sadness. Australia has some superb, internationally recognised expertise in sinology. But as a discipline, it seems the field has become way more politicised than ever before. In late September, an academic colleague at the Australia National University was subjected to a fierce online drubbing, some of it by colleagues. I felt the heat even from London when I offered some collegial sympathy for them. The usual pattern in these online debates is that once the academics have staked out their territory and the first salvoes have been fired, then the more intemperate forces come in.

I don’t deny that China presents some complex problems for Australia. Some of these are due to political difference. When was it ever likely that two parties would get on that well when their economic and material interests were closely linked, and yet their values were so absolutely different? Added to this is are the tricky issues that China’s new geopolitical role in the region raises for Australian identity. There have been countless rethinks of what Australian as an Asian country might look like and how it might speak and act – but until 2010 because the country’s principle trade and investment partners were American or European these largely had an abstract air. Now that the country’s most important partners are in Asia, the issue has become more concrete. This is an immense and challenging change.  If one just places these political and identity issues together, one can understand why it is that the particular role that China is now having for Australia arouses so much passion and contention.

In this sort of context, universities, and sinologists, sit in a tough place. It was always an anomaly that the prime carriers of liberal values were being increasingly funded by students from a largely illiberal place! What has perhaps unbalanced things is the changed attitude of the US, and the impact that has on Australia. US has been the irreplaceable security ally for Canberra since the Second World War, however much one might be sceptical about the ANZUS treaty.

Australians have fought beside Americans in almost all of the modern wars that America has been involved in. Now the battleground has shifted from physical fighting to virtual and ideological areas, this fidelity seems to be no less deep. As Malcolm Turnbal discovered when he held his first phone conversations with the newly elected American president in early 2017, Trump was going to pose bilateral challenges, but also cause a rethink of Australia’s relations with third parties. Of these, the most important was China.

This is not to deny that there are plenty in Australia that have their own reasons for wanting to take a harder stance with Beijing rather than simply because an external partner wants them to. Nor is it to deny that as an opportunistic actor, the People’s Republic wouldn’t be seeking to promote its own causes. But as a letter by a number of Australian academics to the government last year made clear, evidence for China wanting to promote its own political system onto Australia is far harder to find. It is in this particular place where it seems the whole debate gets hottest, and the mist and confusion thickest. Canberra adopting socialism with Chinese characteristics is a dramatic idea. But, like a lot of dramas, in amongst the nub of fact there is a large dose of fiction.

As a distant observer, I do detect two areas that I think are going to need some bold action if this national debate is ever to return to a healthier and more productive state. The first is the need for politicians to take the lead in creating the right kind of language and articulating with greater precision the nature of the threat they see from the links with China. Everyone is afraid, it seems, but for a host of different reasons. Fearing China because it is believed to be trying to promote the export of its values and political system is one thing; fearing it because it has picked on certain areas economically and socially where it wants to promote its interests is another. China is clearly a problem in Australia. But politicians in particular need to spell out what sort it is. Not doing this risks harming the various positives in terms of growth and jobs that come from links. As the fallout from COVID19 creates even greater strains in this area, feeling that an all out political fight with China is worth it becomes even more important to be certain about. And the risks of the wrong fight for the wrong reasons accordingly greater.

The second area is a societal and cultural one. Australia has a significant number of people of Chinese heritage.  Some have ancestry who came to the country in the 19th century. Others belong to the large group who moved to the country more recently. Their role in national life is an important one. The vast majority of Australians subscribe to the values of tolerance and pluralism. But, alas, political fights with China can all too often give the opportunity to individuals and groups with far less wholesome attitudes. Chinese in Australian, either students, or tourists, have reported lamentable cases of racial abuse. These have increased in the last year. Australians with Chinese and Asian ancestry have also recorded cases of the same ugly treatment. Politicians once more need to do everything they can to make sure their arguments with China don’t then mean that this sort of behaviour gets to be regarded as somehow acceptable. It isn’t, and it never will be.

Academics and experts who have invested time and effort into understanding aspects of Chinese history, culture, politics and society, have a huge role to play in the public debate about relations with China now. Their behaviour towards each other is significant. People are watching, perhaps looking for guidance and advice. Online campaigns which result in harassment, bullying and threats are not the way to take leadership over this issue.  Earlier this year, when I put up an article about Australian China relations, one critic proclaimed that over this issue attempts at `nuance’ failed `every single time.’ The need, they seemed to imply, was to show cast iron certainty. Alas, they were from a university. And alas, they were wrong. Nuance does matter. Universities should be places where it matters more than anywhere else. To deny that is just wrong. Not once. Not twice. But Every Single Time! 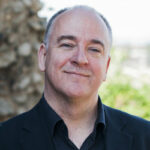