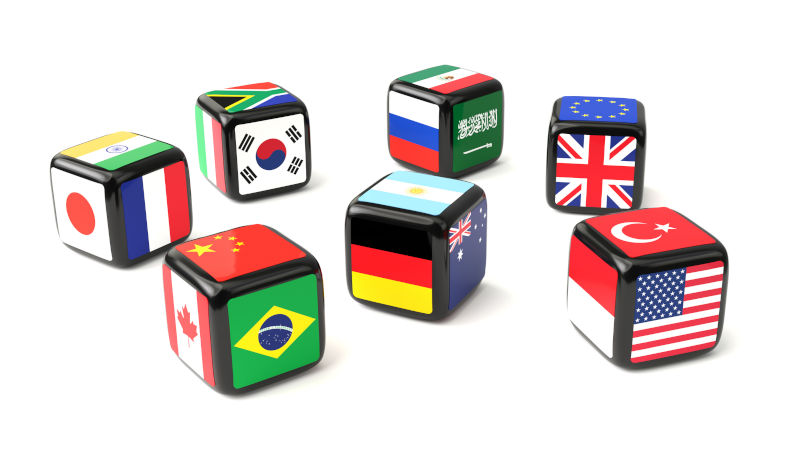 While the worlds of the democracies have been afflicted by growing inequality and corruption, the Chinese government has worked to stop corruption and gross inequality of wealth. Here are six basic points to better understand China’s recent Party Congress.

What should we make of the 20th Chinese Communist Party (CCP) National Congress amid recent leadership transition around the world?

In Australia, UK, US and China, we find a tale of governments adrift, changing, unhorsed and orderly.

The new government advancing domestic policies in directions widely hoped for if not satisfying all; its international policies puzzlingly bifurcated, with modest geniality towards near neighbours but global policies weirdly sustaining the cliched, jaw-jutting, cold-warrior manners of the previous government. The opposite of Whitlam, even the opposite of Fraser, eras of different but both thoughtful Australian governments. High noon in Bali, 16 November, G20 summit.

In the United Kingdom there was no change in governing party, but a tragic, slow crumbling of an ancient conservative centre possessed still of a large majority in the House of Commons, now led by the richest man ever to serve in the parliament, coming from an electorate in one of the poorest parts of the country, a one-percenter who has shown scant interest in reducing inequality. Sworn into office by and serving a new septuagenarian king, a king seemingly more than pleased to be mounted on the steed of office, perhaps possessed of words as in the past, but now condemned to utter no more than ‘Me” or rather ‘We’ while his mind tumbles who knows where, taking advice from and nodding yes of course to this richer-man-than-he whose background is in merchant banking, indeed in a branch of it where sometimes dubious items are packaged and offered to the naive to the great benefit of the selling agent.

The king sharing his life with his consort, long term lover now regal; whereas his prime minister shares his life with a wife far richer than any of them, both of these latter from that former colony out there. The prime minister’s father-in-law, three years older than the British king, is a great creative corporate king, now chairman emeritus of the international IT business he created, now in retirement a potentate in more than a dozen international organisations where his job is to speak his mind. The British king’s late wife’s dreams of international thrill were crashed and his younger son has flown his helicopter to a life in celebrity-world where people hate each other perhaps 120% of the time and where, if you just bring celebrity alone to the stage, your prospects are probably worse than those of politicians for which the most apt description remains as oft delivered with a grin by the larrikin federal Labor MP (in parliament 1943-1975) Fred Daly: “One day a rooster, the next a feather duster.” Long days for the Windsor-Mountbattens.

And of course the king will also sit and lend his ear to the gravitas of the Leader of Labour, his Loyal Opposition, once a director of public prosecutions, now the grand survivor of wrenching horrendous fighting in his party, awkwardly elegantly atop the scrap heap looking almost still impeccable and out of tone at party conferences.

We are the democratic and decent world, full of violence and hatred and collision, or in more boring places, factional wrestling for jobs. In the UK, ex Tory prime minister Truss was subjected to a modern equivalent of dragging to the Tyburn tree, where being hung, drawn and quartered was so horrendously described by Anthony Burgess in A Dead Man in Deptford, such fate a consequence of non-conformity to the dominant meme… Rough treatment of alternative voices increases now, voices are suppressed or expunged, right to secure funds cut off.

Amid, or alongside, all this democratic process of selection of people whose merits are in arm wrestling and worse, China has held a Party Congress, a five yearly event of reviewing and planning, retiring and appointing leaders. It is impossible to understand the Chinese processes listening to and reading the Wise Heads of the West in its mainstream, White Mans’ Media. They see the world as in a mirror. Over and over they chorus to each other about the incomprehensibility of the Chinese system… while slamming doors to trade and threatening war, as if this would alter the votes for the Republican Party.

I have previously written, here and here, about some of the many sources available for learning about the world away from the White Mens Media.

I now offer some basic points, a basis for research, about what has happened in China in the last weeks.

First. While the worlds of the democracies have been afflicted by growing inequality and corruption, the Chinese government has for some years worked to stop corruption and gross inequality of wealth. It has eliminated extreme poverty by mapping it in every village and household, with young officials directed to address extreme poverty household by household and village by village. Victory has been declared and now they have articulated a new major policy plank of pursuing ‘common prosperity’. In an era where the West has allowed the defeat of the authority of government systems by private enterprise and made intervention for social justice an evil to be opposed, there seems incomprehension of China’s notion of ‘common prosperity’, a levelling ambition as virtuous (or dangerous) as the 1972 Labor election speech and party platform. The greatest national and international documents of the twentieth century have ‘common prosperity’ as their cornerstones. What’s not to understand? Why does the twenty-first century giggle and jest and hasten to global ruin?

Second. There have been new appointments and retirements at the top of the Communist Party of China. There will soon be matching changes in the government top structure. Hearts are broken, trenches have had to be taken to make changes, in China as in the democracies. I recall conversation with the head of the party secretariat in Beijing at lunch one day long ago where he said: “Well yes, I suppose you could say I’m making as much progress as possible under the leadership of the standing committee of the political bureau of the central committee of the Communist Party of China”. Look around you in your Democracyworld and you find you can say the same on many issues. Deng Xiaoping from 1978 had to dig out dinosaurs opposed to reform, but he then let the capitalist flowering run out of control and China became a country with severe inequality and obscene individual wealth with some of the wealthy embarking on division of the future wealth pie. Xi has been ripping that back to something sensible, hardly a process to be admired by the Financial Times, Wall Street Journal or Financial Review. But were we in the 1970s, Eva Cox would run from the trenches and cheer with admiration.

Third. The people being promoted are technocrats, supportive of Xi’s objectives. For example Li Qiang who may next year be appointed prime minister. See not only his qualifications but his successes. The scale and speed. Search also for the backgrounds of other members of the Politburo Standing Committee. Our capitalist-democratic processes are not bringing to the fore people like this.

Fourth. Those qualifications will be invaluable especially in addressing big issues in infrastructure and especially in housing construction, finance, and public trust. A strong central government will be invaluable. The high priests of international finance journalism will find all the faults and blame the government. For comparison, in 1974, for the first time in history and just after the world energy crisis after the Arab-Israeli War in October 1973, the Australian resources minister chose to go to Tokyo and take part in coal negotiations… in which the usual routine involved each Australian coal miner, usually to be picked off like flies, in turn shuffled into the room and on the Japanese side the Ministry of International Trade and Industry bringing in its experts on each mine, who may have known some of the Australian mine companies better than they knew themselves. This time, at the centre was Rex ‘The Strangler’ Connor, Whitlam’s Resources and Energy Minister. The night before the last day Australian miners pleaded with the minister to accept $40 a tonne, as the Japanese were demanding. Eventually the discussion reached a point where Connor rose to his feet and said “You say $50, I say $51, we don’t agree, we won’t sell any coal to Japan this year.” Consternation, Professor Harry Messell, advisor to Connor, leapt to his feat and said, “hey, you say 50, we say 51, why don’t we split it 50:50 and agree on $50.50. And they did, but the next morning the Australian media reported that the minister had betrayed the miners. It will always be thus.

Fifth. The five years ahead to the next party congress will be very tough, even for a party with such a history of tough circumstances. Many of the ingredients of these five years (COVID, climate, global recession, increased war, desertification, failure of urban systems, flood, hunger, and homelessness to name a few) are familiar to us, but China’s population is 55 times our population. And we have to bear in mind that while our land area is almost the same as China’s we are surrounded by water…not the diverse and complex land borders China has with Vietnam, Laos, India, Nepal, Bhutan, Pakistan, Afghanistan, Kyrgyzstan, Tajikistan, Kazakhstan, Russia, Mongolia, Russia again, and North Korea. And maritime boundaries with many… whereas we can’t even manage a maritime boundary with Timor Leste without cheating and avarice exposed as tragedy begrudgingly. We are too often a petty, cosy, greedy, muddled country.

Sixth. China also faces a situation where the Biden administration has begun with Trump’s rough treatment and trade barriers to China, and added more, month by month, just as it increases military threats. In the process of its demands regarding advanced IT manufacture the US is shredding the core of the economies of Japan, South Korea, and Taiwan as well, in ignorant and barbaric closures of networks of global intellectual-industrial IT work basic to the world economy. China is being forced into building a multilateral world away from the US, and away from the US dollar. It is very important and reassuring that Xi will have around him smart guys who think long term and know what they are doing… because most of the world will follow them, not the US. There is a brain-drain to support them. Three thousand highly skilled IT people have gone back to China from the US this year. 80% of the engineering doctoral students in the US are foreign students, most of them Chinese. This all very sad; avoidable, absurd tragedy. History in the making. See the grubby wartime history of the Biden family, hunting deals. There’s no vision.