A tale of two genocides: Xinjiang and Khalistan 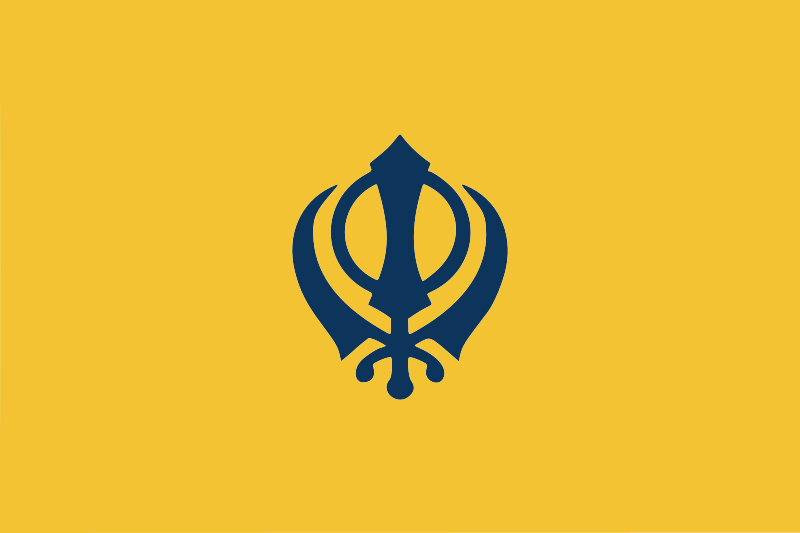 In how we respond to allegations of genocide, there are double standards and hypocrisy in Washington, London, Ottawa and Canberra.

We keep hearing allegations about Xinjiang but we never hear about Khalistan’s genocide, or human rights abuses. Many people have died, allegations of HR abuses persist and Indian media talks of “deradicalisation”. There is documented evidence of a massacre of at least 5,000 Sikhs during 1984 and no government official has ever been held accountable.

This is an old story, according to Amnesty International but few Australians know because media aren’t telling us. And, to be fair, Khalistan is not a real place, but then again, although most Australians have heard of it, neither is East Turkestan.

Our media doesn’t tell us what’s going on in the Punjab, Khalistan’s real location, because it’s very inconvenient. Punjab is in India, and India is our Indo-Pacific partner. Sikhs, from there, were one of the minority religions with the misfortune to live in a region, known as the Punjab (5 Rivers), that would saddle the border of two countries in 1947’s Partition.

As the British were leaving the Sub-continent, it became two countries, predominantly Hindu India and Muslim Pakistan. Which itself was split into two parts with East Pakistan over 1,000 miles away from the capital, Karachi. Since its own independence in 1971, East Pakistan is now known as Bangladesh. As with most colonial decisions, British administrators left India with problems which persist right up to today.

Millions of Muslims were uprooted from their homes in Punjab and relocated to Pakistan while many Sikhs and Hindus were relocated from the Pakistan side over the new border into India. Inevitably, this led to conflict and at least 200,000 people died with many hundreds of thousands injured during the mass transition from one country into two.

To this day, many Sikhs wish for an independent country, they call Sikhstan or Khalistan. Sikhs are a large, growing religion with approximately 30 million members, most of whom are in Indian Punjab, very few reside in Pakistan Punjab, there are even reports of them facing an existential crisis due to the amount of discrimination and violence they apparently face.

Australia, as home to over 200,000 Sikhs, is about to learn more about Khalistan and the issues there as there is a plan to hold a referendum on independence for Punjab in Melbourne on 29th January.

Of course, the referendum isn’t governmental and is non-binding but, if enough Sikhs ask for it, it will form the basis of a UN application for regional independence. the Indian authorities however will not give independence to terrorists such as the International Sikh Youth Federation (ISYF); the All India Sikh Student’s Federation (AISSF); or Babba Khalsa International (BKI) which are all listed as terrorist Entities.

Sikhs in Australia though aren’t terrorists, they have little or no history of violence or aggression and have decided to exercise their rights peacefully as they did in the USA, where a referendum was held in 2020, this was “written off” in Indian media as a bogus referendum of people with a vested interest against India. They had a similar referendum in London in 2021 and one last month in Vancouver, also both peacefully.

Melbourne will be the final of four referenda. It seems Sikhs are using democratic processes, where allowed, to seek changes in India but the world’s largest democracy isn’t happy about it.

Recently “Khalistani’s” turned up and waved flags at a Local Government sponsored community event in Melbourne, the Nagar Kirtan, or March for Humanity. The December 2022 event, which Indian news media states was “hijacked” by separatists, is a regular event, dating back to 2018 and into 2019. It’s a colourful parade which attracts many spectators as can be seen from a 2018 video.

What is worrying, and ought to be to most Australians, is how much attention the Indian government are placing on this. Uyghurs, when they want to protest are welcomed, encouraged, supported, paid for by organisations such as the NED and promoted in independent and by State media.

India, on the other hand, is asking Australia to remove Sikh’s right to protest and accusing them of troublemaking. Imagine the response China would get when asking Australian politicians and intelligence community to look as carefully at the Uyghurs.

Their organiser in Australia, Amrtivir Singh, is a member of, and an organiser for the Labor Party, he does not try to hide that fact. He uses the democratic process to change public opinion which is exactly what Australians, and their laws, approve of. Indian media though, are already reporting “overseas players” with a “violent past” and “malicious intent” entering Australia.

Special Broadcasting Service (SBS) have released a video and article which clearly portrays Australia’s Sikh community as they are, a peaceful and welcome part of the multi-cultural landscape. It is highly unlikely that there is any significant threat, within or from Australia, of terrorism related to Sikhs but there is always concern where separatism exists. As with all concerns, there is usually a very limited number of sources and this one is no different. The most vocal source appears to be OpIndia, an English Language media outlet which has, during the month of December, printed two articles, propagating stories of potential risks in Australia.

Both articles, relate to peaceful protests, which are widely accepted in Australia and no cause for concern. What appears to be happening is an Indian media “operation” to create fear and panic in the Australian community against a group of people whose peaceful use of democracy threatens interests in India.

Clearly, if Australia cares about human rights, they should listen to the Sikhs, give them freedom to be heard and, if their cause has merit, Australia, unlike the US, Canada and the UK, should provide as much support as possible to bring this to world attention and we should see more in our media. Time will tell if Australia’s support extends further to human rights or our Indo-Pacific allies.