ABC Managing Director David Anderson has released an important and ground-breaking essay on the ABC and its future.

Now More than Ever: Australia’s ABC (Monash University Publishing) is a passionate and well-argued cri de coeur from a man who has devoted his working life to the public broadcaster, from the mail room to the top office.

Anderson hits all the right notes – calling out the 30% cut in funding since the ABC’s heyday in the 1980s, its hallowed place in the hearts of Australians as a trusted source of news and an independent maker of Australian drama, comedy and children’s content, its role as a regional and emergency broadcaster, and its newly emerged popularity as the top-ranked provider of mobile and online news.

Significantly, it seems to me he also goes further than any ABC Managing Director has gone before by explicitly calling out the ‘right-wing agenda’, both here and overseas, to defund or destroy public broadcasters.

There has traditionally been great reluctance in the management ranks of the ABC to explicitly name this agenda, at least in part because of the ABC’s commitment to impartiality and steering clear of anything that could be seen as politically taking sides. But this is not about political partisanship. It is about acknowledging a simple truth. ABC Chair Ita Buttrose has been very forthright in her recent comments, and the ABC Managing Director follows suit. There is an obvious conviction among sections of the right (#notallconservatives) that the ABC, the BBC and various other public broadcasters across Europe, Asia, Africa and the Americas should be shut down, sold off or privatised in some way.

It is a welcome development to see the ABC itself calling that out.

But what now? This essay will hit the bookshops and, hopefully, gain the readership it deserves. Will anything change as a result?

Australia is heading for a Federal Election. The Coalition Government, previously hostile to the ABC in so many different ways, has suddenly decided to restore a small measure of both funding and funding certainty to the public broadcaster, seemingly in an effort to neutralise the ABC as a potential election issue. The Labor Opposition has already promised to shore up and protect the ABC to a slightly greater degree than the Coalition, although any return to the heyday of adequate funding remains a pipe dream.

Australia spends far less on public broadcasting than many comparable nations and seems destined to continue to do so. Nevertheless, it would be tempting to look at the ABC’s future through a party political lens, and conclude that a Labor victory would deliver a safer and better funded future than a Coalition victory. While there is some truth in that, there is a bigger picture.

The ABC will never be saved, protected or (shock, horror) allowed to grow thanks to our politicians. Ultimately, the ABC will prosper because the Australian people demand it. Those who think and operate politically will always try to bend the ABC to their will, enlist it to their cause, or judge it by totting up the number of left-wing and right-wing things they think it does.

In my time as the ABC’s Editorial Director, I spent as much time investigating and responding to claims that the ABC had caved in to the right side of politics and lost its independence and courage as I did investigating and responding to claims that it was a hot bed of left-wing activism. These tedious and one-dimensional arguments are the least productive and least meaningful ways to discuss the ABC. Too often, politicians and their camp followers don’t want an independent ABC; they want one that operates in a way that they consider the ‘right’ way, which is inevitably one that thinks the way they think.

In my 40 years in public broadcasting, I never saw a broadcaster that managed to satisfy its political critics, and to be honest I would be worried if they did.

What this means is that the ABC needs to spend more time talking directly to Australians, by-passing the politicians who hold the purse-strings and working more closely with the actual owners of the purse – ordinary Australians. And I don’t mean through the programs the ABC produces.

The organisation’s plans to decentralise more resources outside Ultimo and open new bureaus both here and overseas is good news, but while that will help programming to become more relevant to more people, there is still a separate need for a proper face-to-face conversation with Australians about what the ABC should be and do.

If this fine new essay is to achieve anything, it should be the beginning of a new conversation.

The ABC has corporate resources as well as program-making ones. Its corporate team works on everything from strategy and communications to marketing and parliamentary relations. All of those functions are important, but first among them should be a strong commitment to real public engagement with ordinary Australians.

Some years ago, the ABC committed to holding public gatherings – sometimes coinciding with Board meetings – at different locations around Australia. Those meetings need to be revived, simplified and rolled out everywhere possible.

Every week, somewhere in Australia, a selection of ABC managers, program-makers and other staff should be sitting in a public hall somewhere meeting with people and finding out what they value and what they want from their public broadcaster. The emphasis should not be on glossy packaging or attention-grabbing video highlights, but on listening to the people who pay for the ABC.

Obtaining genuine buy-in from the community starts with real two-way communication. I have no doubt that, over time, a program of regular grass-roots meetings from Melbourne to Marble Bar, Perth to Port Macquarie and Broken Hill to Burnie will generate a level of practical public support that any politician would ignore at their peril.

In the meantime, read David Anderson’s essay: you won’t find a better summary of what makes the ABC vital to Australia’s democracy, culture and way of life. 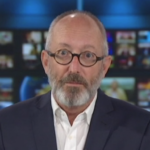 Alan Sunderland had a 40-year career in public broadcasting at ABC and SBS, most recently as the ABC editorial director from 2013 to 2019. He continues to write and speak about journalism, and is the executive director of the Organization of News Ombudsmen and Standards Editors.