About Pearls and Irritations

Based in Australia, Pearls and Irritations is a platform for discussing public policy, both domestic and foreign. We hold good policy development to be the foundation of good politics. We respect ideas, including contrarian ones, and value the free exchange of ideas as the means to help Australia flourish. Pearls and Irritations aims to provide a platform for this exchange of ideas from a broadly progressive, liberal perspective, with an emphasis on peace and justice.

We are not dogmatic, but we do have a point of view.

Our focus is on in-depth commentary on issues that matter to Australians and our place in the world. We publish new stories daily, covering politics and public policy, the economy,  defence and security matters, climate change and the environment, as well as religion and faith, media and the arts.

How did Pearls and Irritations begin?

Pearls and Irritations began as a blog in January 2013 because John Menadue was concerned about several important issues. The first was how good policy discussion was being crowded out by gamesmanship, personal gossip, faction fights devoid of content and a ‘gotcha’ media style. The second was the importance of political action which is so regularly discredited and derided by populists and conservatives. Politics is about how power is exercised. It is a noble calling and it must be restored in the public’s estimation. The third was the preoccupation of Australian mainstream media with newsfeeds out of the US and UK, to the neglect of media coverage and interest in our own region. We really do have a ‘white man’s media’.

Monthly contributions to Pearls and Irritations

John Menadue is the publisher and founder of Pearls and Irritations. He was formerly Secretary of Prime Minister and Cabinet, Ambassador to Japan, Secretary of Immigration and CEO of Qantas. 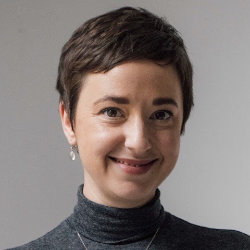 Emily Watkins is the production editor. She is an experienced journalist and editor based in Sydney. She reported on the media for Crikey and Media Watch, and has also previously worked for the NT News, where she reported on courts (and the occasional crocodile). 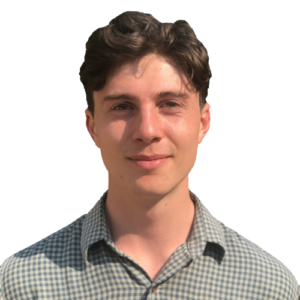 Callum Foote is assistant editor. He has an honours degree in political science from the University of Sydney.

How is Pearls and Irritations funded?

Pearls and Irritations in funded only by reader donations, whether one-off or reoccurring monthly donations.

You can help by contributing here. We greatly appreciate your support. Production, technical support and promotion are now contracted out but there is still a heavy workload for John and Susie Menadue. Pearls and Irritations is not behind a paywall and we do not accept advertising. That policy will continue.

How can you submit an article?

Guidelines for submissions can be found here.

Pearls and Irritations is pledged to avoid conflicts of interest or the appearance of conflict of interest wherever and whenever possible. We have adopted stringent policies on these issues, conscious that they may be more restrictive than is customary in the world of private business. In particular:

We accept no gifts from news sources.

We do not accept payment – either honoraria or expenses – from governments, government-funded organizations, groups of government officials, political groups .

None of our writers are paid by Pearls and Irritations, all original content is submitted for publication freely by the writer without the expectation of pay in order to contribute to public policy discussion in Australia.

Editors and writers of Pearls and Irritations are committed to a high level of standards and fairness in published work.

Fairness is defined as not omitting facts of major importance or significance, nor consciously or unconsciously misleading or deceiving the reader.

If we are substantively correcting an article, photo caption, headline, graphic, video or other material, we should promptly publish a correction explaining the change.

When our journalism is factually correct but the language we used to explain those facts is not as clear or detailed as it should be, the language should be rewritten and a clarification added to the story. A clarification can also be used to note that we initially failed to seek a comment or response that has since been added to the story or that new reporting has shifted our account of an event.

Monthly contributions to Pearls and Irritations