Blink and the boats will restart the Government says, but that is nonsense 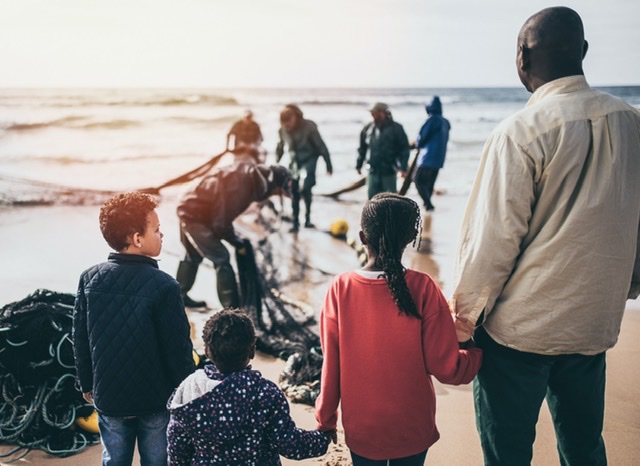 The Government excuses its cruelty to the Biloela family by wrongly  asserting that the boats bringing asylum seekers will start again .

Over the past 6-7 years, the Government has presided over the biggest labour trafficking scam and abuse of Australia’s asylum system in our history. As a result of that scam of asylum seekers coming by air there are currently over 27,000 unsuccessful asylum seekers living in the community.

In response to intense community and media pressure around the Biloela family, Immigration Minister Alex Hawke has chosen, or been forced by Morrison and Dutton to choose, to put the family into community detention in Perth.

From a wide range of options available to Government to address the family’s situation, it has chosen the least generous option that it could find arguing that this somehow reflects it compassion rather than its panicked response to media pressure and the embarrassment at having wasted millions locking up the family, most recently on Christmas Island Detention Centre.

This option will mean totally unnecessary costs to the taxpayer will continue; the family’s suffering will continue; and the pressure on the Government to take real action will continue. It’s what the media would call a lose-lose-lose option.

The Government will have considered the slightly more compassionate option of granting each of the family a Bridging Visa E.

From the Government’s perspective, it could have emphasised that this visa is only granted to people making arrangements to depart.

From the family’s perspective, this visa would have enabled them to go back to Biloela and resume working and living there, even if only temporarily while their outstanding legal issues are considered.

And this option would have relieved the taxpayer of ongoing costs of keeping the family in detention. While the legal and other costs would have continued, the Bridging Visa E options was too much compassion for the Government.

The Government would have quickly ruled out the obvious option of using the so called ‘God Powers’ to grant the family permanent residence.

The argument for ruling out this obvious option? Apparently, this would reflect the Government ‘blinking’ thus leading to an armada of boat arrivals. In his interview with leigh Sales of the ABC’s 7.30 program, Hawke said this is the advice he is receiving from his department.

So let’s just test the proposition that allowing the Biloela family to stay in Australia – something Minister Hawke could do by exercising the extensive Ministerial discretion powers he holds irrespective of the outcome or stage of progress in any legal actions – would lead to a resurgence of boat arrivals.

Australia currently has in place a policy of turning back any unauthorised boats that seek to enter Australia in conjunction with offshore processing of any such arrivals that do get through.

While turn back policy was in place under the Howard Government, a few boats initially tried to enter Australia but soon afterwards, they ceased even trying to enter. With that policy in place, the Howard Government re-settled all the boat arrivals that were on Manus and Nauru, predominantly in Australia and New Zealand, within a period of three years.

In terms of the Morrison Government’s argument, the Howard Government ‘blinked’ thousands of times and yet there was no armada of boats until the first Rudd Government dismantled offshore processing and turn back policy?

How would Hawke’s advisers explain that?

Since the Abbott Government re-introduced turn back policy, there have also been no successful boat arrivals even though hundreds of refugees from Manus and Nauru have been resettled in the USA and hundreds more have been brought to Australia for medical treatment and subsequently released into the community on bridging visas.

Again, this would appear to amount to extensive ‘blinking’ but no boats?

Note that after the Medivac Bill was passed, the Government briefly and at great cost re-opened the Christmas Island Detention Centre because it, or rather Mike Pezzullo, feared a resurgence of boat arrivals. The feared surge of boat arrivals never happened and soon afterwards the detention centre was closed and not re-opened again until the Government decided to send the Biloela family there.

Has Hawke asked Pezzullo to explain why there wasn’t the armada of boats he predicted at great cost to the taxpayer? Or is the political benefit worth that much more than a hundred million dollars of taxpayer money poured down the drain?

On the above evidence, there is very little to suggest people smugglers would again try to re-start the boats just because the Government showed some compassion to the Biloela family.

The people smugglers are business people and cannot sell their product while turn back and offshore processing policy is in place.

Yet that is that unfounded fear that the Government uses to proclaim it must keep the Biloela family in detention at extraordinary cost to the taxpayer.

But let’s look at this question at a broader level.

Over the past 6-7 years, the Government has presided over the biggest labour trafficking scam and abuse of Australia’s asylum system in our history.

As a result of that scam, there are currently over 27,000 unsuccessful asylum seekers living in the community – this number will rise significantly as more of the huge backlog of applications are processed.

Legally, these people are in the same position as the Biloela family yet these unsuccessful asylum seekers have not had a team of ABF officers fly to a remote Queensland town to pick them up and put them into detention?

If the template of how the Biloela family has been managed was to be applied to the 27,000 unsuccessful asylum seekers in the community, just imagine the cost to the taxpayer.

No the Government will be content to sweep that under the carpet, despite its messaging on it being strong on border protection.