Why did 50,000 asylum seekers arriving by boat represent a crisis for our border sovereignty while the arrival of a similar number over the past two and a half years by plane is just ho hum? Peter Dutton in 2017-18 has set a new record for the number of asylum seeker applications received. His record surpasses that set in 2012-13 under the Rudd/Gillard government. This is the result of a crisis in our visa processing system (see here) which is likely to be creating a honeypot for people smugglers. The new record will likely be exceeded in 2018-19 as Home Affairs is reducing frontline staff and IT contractors (see here). Outsourcing visa processing will make the problem worse. Tackling the chaos in our visa processing system will cost the taxpayer hundreds of millions of dollars, possibly north of a billion dollars and take many years. Is the Government’s border protection mantra a diversion from its real border protection failings?  (Note:  Please print this post to obtain a clearer view of the tables) 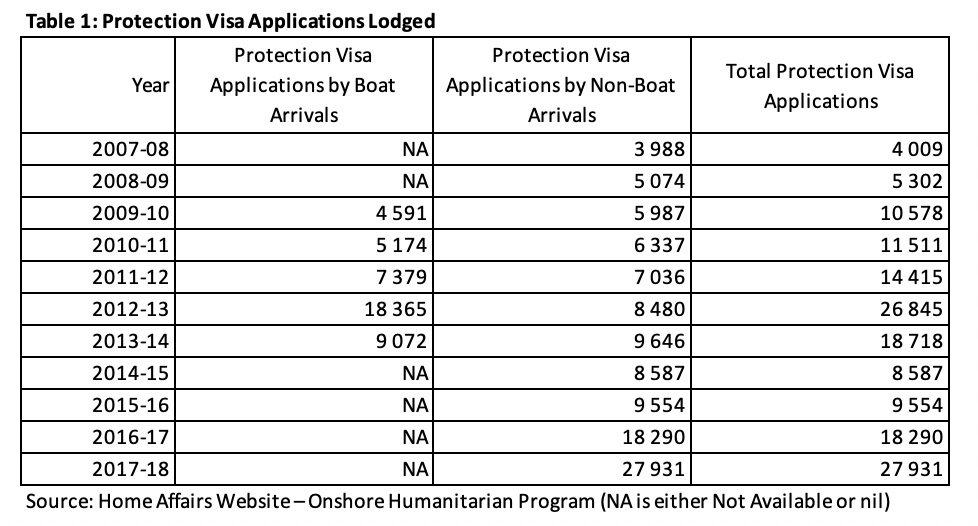