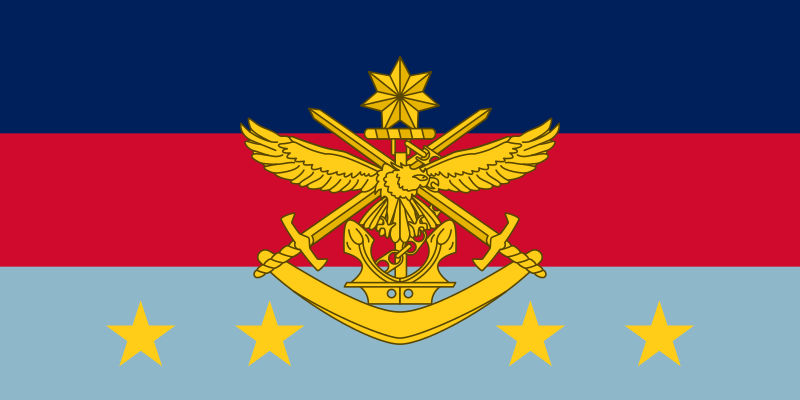 The ADF also needs to be able to strike, to be offensive with sufficient lethality to cause substantial damage. Image: Wikimedia Commons

In the Morrison Government’s attempt to frame a “khaki election”, we have had a flurry of big announcements recently – nuclear powered submarines, new tanks, a new east coast submarine base, more people for the ADF and west coast dockyard infrastructure. What’s really going on?

(I rarely post nom de plume articles but I do so in this case because there is an unfortunate record in the Defence establishment of reprisals against those who challenge its policies. I have confidence in the people who know ‘Admiral Prune’ well. They regard him highly and recommended him to me. John Menadue)

Despite Australia’s very significant natural geographic defensive advantages, ever since white settlement, as Allan Gyngell points out, our biggest fear has been abandonment – first by Britain, as the colonial power, and then by the United States. Australians have been concerned at various times at the threat of invasion, first by Russia and Imperial Germany, then Japan and, since World War II, Indonesia and now China. In the 1960s the purveyors of the ‘Domino Theory’ found a ready market in Australia and propelled us into the Vietnam War.

The fear of invasion is fundamentally irrational and perhaps mainly subliminal, but it’s difficult to shake. Being a huge, largely uninhabitable island in the middle of nowhere with no land borders, mounting a successful invasion of Australia would be a fiendishly difficult endeavour, irrespective of whether we had our great nation ally. No country on earth has the wherewithal today to mount, support and sustain a military invasion of any great consequence, and the occupation that must necessarily follow, even for a short time. Nor is any nation building that capability. And yet, unlike some other middle powers around the world, Australia’s focus on the need for a major power protector – a “great and powerful friend” – feeds off this fear of invasion. We fear abandonment because we fear invasion, but we fear invasion for irrational reasons.

Rule #1: Invasion is our most dangerous scenario, but the least likely.

Apart from an invasion scenario, what is the basis of our concerns?

For the first time in 80 years Australia sees itself facing a strategic threat of substance and consequence from a militarily very strong, great power adversary with whom we do not share fundamental values. That nation is also our largest trading partner. Consequently, we are nervous. In the face of China’s growing military power and assertiveness in this region, and with the memory of the loss of Singapore in 1942 and Britain’s withdrawal west of Suez in the 1960s, we fear that our protector, the US, might adopt an ‘America first’ approach and withdraw east of Hawaii. Surely we must be at much greater risk of invasion were that to happen?

Far more plausible is an act of aggression with very serious consequences, that falls well short of invasion. Indeed, fear of an attack on Australia or its interests, military or otherwise, with the objective of forcing us to surrender our independence and bend our will to the adversary’s objectives, is not irrational at all. In November 2020 in Canberra, for example, Chinese diplomats handed a journalist a list of 14 substantial grievances against Australia’s policies that needed, they said, to be resolved. According to the journalist, “in Beijing’s eyes all the Australian government had to do to improve the relationship was to give up our sovereignty”.

For an adversary to achieve such an objective, an attack could take several forms, including military action. We should consider all those scenarios and the options open to an adversary and take our own actions accordingly. Well-crafted diplomacy should be among actions we might take. This discussion, however, will focus on the military.

What is Australia’s defence strategy?

The Government ‘s defence policy has the objectives of shaping the strategic environment, deterring actions against Australia’s interests, and responding with credible military force, when required. Policy is not strategy.

A strong defence force can play a major part in delivering all three objectives, but the critical word here is ‘strong’. We are not talking about building the capability to defeat a great power like China. Even if Australia deployed nuclear weapons, which in our view we should not, that would still be beyond our capacity to achieve alone. But deterring an adversary from attacking Australia and its interests is feasible and so is a having credible ability to respond. These can be achieved if an adversary calculates that the cost of an attack on us would be unacceptably high, relative to the benefits it might deliver.

By its very existence, a strong defence force will also have a shaping effect on the strategic environment. But in the end, if our military cannot respond effectively, any capability we believe we have for undertaking the other two duties will carry little weight and the investment we make will have been ineffective. There is no greater inefficiency than that.

Being able to respond demands a credible mix of offensive and defensive military capabilities. For that mix to have a shaping and deterring impact, it must have serious and obvious clout with which we could respond. Our military must be capable of attacking an enemy and degrading their military capabilities to such an extent that they have an apprehension that even if they could eventually prevail in a fight against Australian forces, the likely cost would make it not worth attempting in the first place. It needs to be understood that a strong defensive capability on its own will not be sufficient to deter an adversary from attacking Australia. The ADF also needs to be able to strike, to be offensive with sufficient lethality to cause substantial damage within the adversary’s defensive perimeter.

This necessarily emphasises the maritime nature of our military strategy, as government has made clear in various policy statements. What this means in practice is having the offensive means of deterring and if necessary, attacking an adversary well north of Australia and not on our soil. With serious impact.

This sounds like what the government’s Defence policy is saying. There are other important points too. We could be explicit that we see no threat from the nations of South-East Asia and the sub-continent, and we wish to be seen as posing no threat to them either. Rather, we seek to preserve our security with them. We do however see a prospect of being called upon to join coalition military operations in the region. This would require ships and aircraft with advanced technologies, sustained reach and weight of firepower. The capability of our Navy and Air Force will be of critical importance.

We might, of course, continue to be protected under an umbrella provided by our main ally. But it’s also possible that we may need to rely on ourselves much more than we have equipped ourselves to do. For half a century we have made a deliberate and conscious national choice to be militarily small, confident in the security provided by that umbrella. And we have stuck with an ADF of essentially the same size and shape in that time too, renewing the old hardware with new versions of the same although often in smaller numbers. This is Defence’s Balanced Force concept – a little bit of everything the grown-ups have.

Meanwhile, in that same half century our population has doubled and our GDP per capita has increased many times more than that. Australia is one of the wealthiest nations per capita on earth, and we have strong public support for the ADF based in part on our belief in our historical fighting prowess as a people. Australians could be forgiven for believing government statements about the ADF being an elite fighting force underpinned by a substantial investment in leading edge military technology. When we evaluate what we are doing however, as opposed to talking about doing, the picture is far less comforting, especially when looking at the Navy and Air Force, the two arms of the ADF emphasised in a maritime strategy.

While we would argue the contrary, the Balanced Force seemed sensible when we could not foresee a specific threat emerging in our own neighbourhood. We have stuck with that concept even though the situation has changed dramatically. Governments have been increasingly nervous about that for two decades. We know the nature of the most likely potential threat. The identity of the potential adversary and their military capabilities are in plain sight.

Rather than maintaining a balanced force, we argue the need to now focus our resources on developing a force structure most appropriate for the threats we are most likely to face, including defending the homeland.

Remembering Rule #1, this implies a need for strong offensive capability in the maritime domain, which would necessarily be based mainly on naval and air forces, to provide the capacity to mount an effective defence beyond the archipelago.

Are we doing that? We will look at that question in Part 2.

Admiral Prune represents a few very senior, long serving uniformed military officers with deep specialist expertise. They seek anonymity from a Defence bureaucracy well known for its sensitivity and reprisals against those with views that differ from their own.