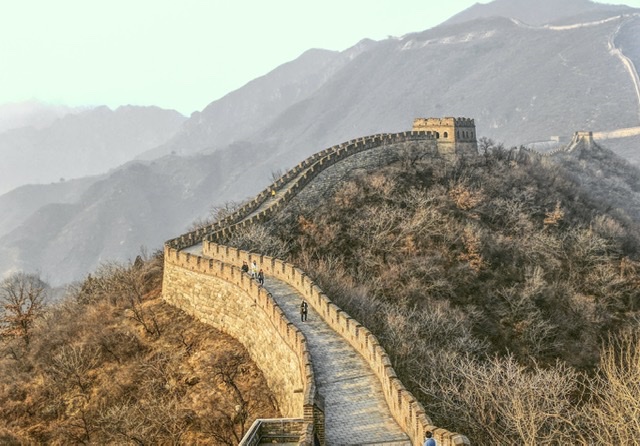 Readers of The Age and Sydney Morning Herald were recently treated to a lesson in international relations theory.

International editor Peter Hartcher, in “Holding the middle ground“, began by informing us that the US retreat from Kabul represents a return to an underlying condition in world affairs; anarchy.

We can assume that the anarchy in question is meant to relate to the idea that nation-states act from a win at all costs view of the world. Interstate relations, under such a scenario, becomes a law of the jungle affair; a zero-sum-game. The anarchy that Hartcher refers to is Afghanistan under the Taliban being “ungoverned territory” until the US, two decades ago, restored order. He fears that “anarchy” is returning. It is obvious that there are two quite different interpretations at play. The article conflates the anarchy, as defined by realist theory as a normal state of affairs with an anarchy that comes from a rejection in some parts of the world of the rules that the west insists that all states play by.

Hartcher enlists Robert Kagan and his book, The Jungle Grows Back, to provide a degree of authority. It is an interesting book. It and its author deserve an acknowledgement. The book includes the sub-title America and our Imperiled World, which gives us a clue as to its deeper message. Kagan argues that America’s displacement as the dominant force in the world would spell disaster as the USA keeps a balance in the distribution of global power and without that balance the world will simply fall into instability.

Kagan, himself, is worth looking at. He has built a career around promoting and advocating the projection and use of US force. He argued vigorously for a military solution in the Middle East and was co-founder of the now dead and unlamented conservative think tank, Project for the New American Century, and has been lauded as the chief neoconservative foreign policy theorist of his time. Not surprisingly his focus more recently has been on relations with Russia and China.

The Age and Sydney Morning Herald article quickly moves to its major purpose. Afghanistan is but a means to a greater end. That end is to remind its readers that China was, is, and will remain a problem and threat to Australia, the region, and the world. This threat, the article argues, is made sharper, given that American global power appears to be faltering. Australia, we are told, “can no longer rely on the US to keep trouble at bay.” China, it would seem, is a manifestation of the “jungle” and by implication represents an anarchic presence in a world that has been maintained so well by American domination. It needs to be remembered, just for a moment, that US foreign policy has traditionally incorporated, not just diplomacy and economics, but has always placed military force and the threat of force at the very centre of policy deliberations.

Australia has been encouraged to find ways to strengthen regional alliances with Southeast Asian states, Japan, India and with NATO. This is described as a means of ensuring that anarchy does not return. As the 70th anniversary of the founding of the ANZUS treaty is being observed,  Hartcher asks how Australia should respond given that “it’s shockingly clear that America is not an infallible power, but [that] … America remains the indispensable power.”

Rory Medcalf, who heads the National Security College at the Australian National University, is keeping faith with the USA and its capacity to remain on top. He is quick to point to the new strategic doctrine of the USA, that asserts America’s need to concentrate on “competition” against China in this century.

So, what are we to believe? What can we take from the article? Anarchy awaits. This is not to be confused with any international relations theory, but from a world where the USA might no longer reign supreme. China represents the forces that would bring anarchy upon us. It is really an absurd suggestion

On one side of the ledger, we have the USA. It has just ingloriously ended one 20-year war in Afghanistan, it maintains an armed force unparalleled in history and has been in a state of near perpetual conflict. Its foreign policy is predicated on the force of arms. This, apparently, represents order. On the other side of the ledger, we have China. It is offering potential support for the new regime in Kabul, not entirely altruistically, but without the threat of armed intervention. Its armed forces remain in China and are threatening no one. Its foreign policy does not include the use of or threat of force. This, we are meant to believe, represents anarchy.

The US has declared its new doctrine of a return to great power rivalry. It has the aim of overcoming what is described as ‘peer competition’ from China and is seeking to draw allies to its banner in this quest. This poses a threat to the security of us all. If this represents order, then it is an order of the jungle. The strongest will dominate all others. Thucydides, writing in the 5th century BC bluntly stated that, “the strong do what they have the power to do, the weak accept what they have to accept.”. Kagan would happily agree. It certainly kept the jungle from encroaching, but the world might expect something better than this.