After initiating the coercion against China we are now with AUKUS in the front row in a new cold war. 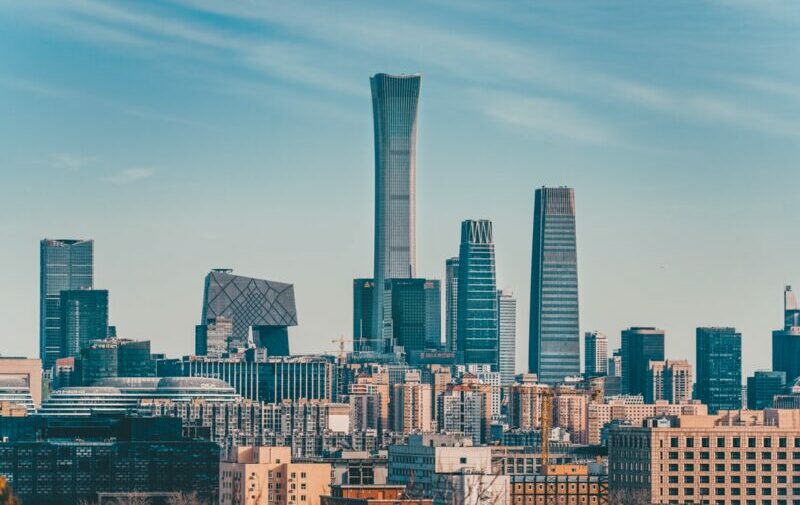 Since we have decided to integrate our navy with America’s and be its ally in confronting China, we should expect to be viewed as an extension of a nuclear superpower and be targeted accordingly.

Recently we learned that Donald Trump’s top general phoned his counterpart in China to assure him that if America attacked China, he would forewarn him since he was worried his commander in chief was demented. Given Biden’s slump in the polls, Trump could be re-elected in 2023 and Australia find itself tied to his whims. Biden’s rhetoric on China is also strident, so much so that he  was asked to tone it down if he wants China’s cooperation on climate change and other matters.

In the Cold War with Russia, we were a safe backwater. In the new cold war with China, we have opted to be in the front line. American war games suggest it cannot win a battle with China in the South or East China Sea. Yet we have signed up for that possibility.

The US and UK are two Anglo countries that can retreat from Asia if their strategy fails. Australia can’t.

Even if this new cold war does not heat up, can our country prosper without China by simply diversifying its exports? That seems impossible because we are a resource exporter and will never be a serious manufacturer. Our economy is complementary to China’s, not to most OECD countries. Developing countries such as Brazil and Argentina compete with us in selling commodities.

China will contribute more than one-fifth of the total increase in world output (GDP) in the next five years to according to Bloomberg calculations based on International Monetary Fund (IMF) forecasts. See chart below.

Australia’s sales to China exceed the total of its next four biggest trading partners. China is not a customer to fall out with unless absolutely necessary.

We run a trade deficit with the USA, because it doesn’t buy enough of what we sell. India, the other emerging Asia giant, buys about US$10 billion of Australian exports each year versus over US $100 billion by China. Even if India doubled its purchases from us it would not compensate for China’s boycott of Australian exports.

This boycott happened after we blocked China’s technology (Huawei 5G), exports (aluminium and steel products), investments (including a drinks company) and influence (raided and interrogated its journalists). Later we stopped our universities doing joint research and cancelled visas of Chinese scholars.

When we publicly called on the World Health Organization to have an inspectorate investigate China’s role in COVID-19 (boasting we had the support of the Trump administration) we did not show China the courtesy of informing it in advance (just as we forgot to brief France over scrapping our submarine deal).

It was following such actions between 2016 and 2020 that China decided Australia was a “hostile supplier” and wanted nothing further to do with us. Instead, it started sourcing raw materials from elsewhere. The latest causality is iron ore whose price has dived from a high of $220 per tonne in July to a low of $120 in September.

Back in 2015 Australia forged a free trade agreement with China that extended to cooperation well beyond trade.

Our then trade minister Andrew Robb said it “will lock in our existing trade relationship with our largest trading partner and will be a catalyst for future growth across goods, services and investment.” Official media releases extolling the signing of the agreement in June and its execution in December of that year have been expunged from the DFAT website. Clicking onto these releases now produces a message of “page not found”. The pledges of close and binding relations have been airbrushed from history.

Australian-Chinese relations peaked in 2015. Thereafter we started treating China as the enemy and coercing it on trade, investment, technology, research and people movements. Meanwhile other countries in Asia and elsewhere maintained respectful and cordial relations with China and now eat our lunch. US farmers are amongst them after Trump did a special deal with China.

China has now applied to join the Comprehensive and Progressive Agreement for Trans-Pacific Partnership (CPTPP), the world’s most important trading agreement. It says it wants free trade in contrast to America which rejected the partnership in favour of protectionism. As one of the 11 members of this trade pact Australia has a veto right over China joining.

Disappointingly our trade minister has decided to reject China’s application unless it halts its strike against Australian exports.

He has not intimated that in return we would lift our bans on Chinese technology, exports, investments, journalists, joint-research and scholars. It seems we are going to have another brawl rather than use this move by China to seek private dialogue to resolve our differences and achieve reproachment. Having thrown in our lot with America’s military plans that of course may be too late.