After many years the Great Barrier Reef ‘in danger’ listing shouldn’t come as a surprise. 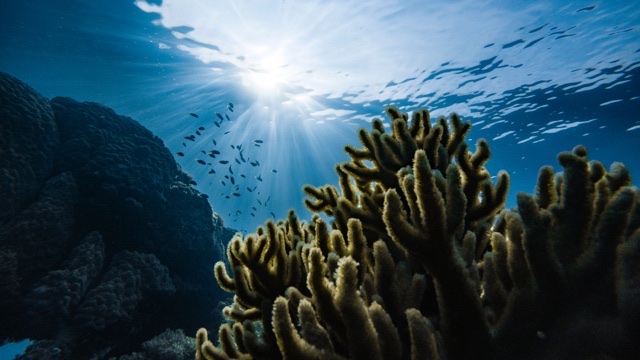 Environment Minister Susan Ley says she was “blindsided” by UNESCO’s recommendation to declare the Great Barrier Reef ‘in danger’. Prime Minister Morrison was “appalled”. Their responses reflect a concern that the Reef’s political potency may be re-ignited. Then to top it off they blamed the Chinese.

Now Minister Ley is on an international lobbying campaign to head off the ‘in danger’ listing. Australia’s politicisation of the World Heritage Committee  process in this way is resented by many countries. It began in 1998 when the establishment of the Jabiluka uranium mine threatened Kakadu National Park’s World Heritage listing. It continued in 2015 when the WHC was considering an earlier ‘in danger’ listing of the GBR. With on-again-off-again speculation of an imminent Federal election, Ley is clearing the Environment portfolio’s political decks to try to avert potential linking of the Reef’s deterioration to the inadequacy of government policies to protect it, or to deal with climate change.

The potential is real. Market research, commissioned by The Thomas Foundation at the start of the Fight for the Reef campaign in 2013, showed wide public pride in the Reef and a sense of its ownership. Most saw the Reef’s World Heritage listing as strengthening Australia’s international status and rated the Reef’s protection as Australia’s most important environmental issue. The research also found little public awareness of the coastal developments underway or planned in Queensland and the potential threats they brought to the Reef, but the public’s protective instincts for the Reef were raised when they were told of the port expansion plans, the dredging and shipping increases.

Bob Irwin tapped into these sentiments with his opening TV advertising salvo in the Fight for the Reef campaign when he declared: “It’s your Reef, but you’re going to have to fight for it.” Behind Bob, a steel-clawed bucket ripped another chunk of marine habitat from the sea bed.

In 2014 Campbell Newman confirmed the conservation ambitions of Queenslanders when he asked residents for their ideas for a 30-year State Plan. The majority of the 80,000 who responded wanted Qld to aspire to be a world leader in environmental protection, along with the nation’s lowest levels of preventable health problems, and wealth equality.

In 2015 Stephen Miles turned this environmental ambition and the Reef’s potency into an election winner, using a Fight for the Reef theme as part of his strategy to secure a Brisbane metropolitan seat in the Qld Parliament. Some observers said the Fight for the Reef campaign delivered at least two seats to the new Palaszczuk government.

Around the same time Greg Hunt, then Environment Minister, recognised the potency too. His motivation then was also political as the end of an election cycle neared. Hunt co-opted Foreign Minister Julie Bishop’s support, and a dedicated GBR Taskforce was established in the Department of Foreign Affairs and Trade. The objective of the task force’s GBR Engagement Strategy was to ensure none of the adverse comments that accompanied the C grading delivered by the UNESCO monitoring team’s 2012 report on the Reef occurred again.

UNESCO’s concern back then had been stirred by the construction of the world’s biggest LNG export port at Gladstone, and plans to make Abbot Point near Bowen the world’s biggest coal port. Both were adjacent to the GBR World Heritage Area. Hunt’s lobbying came at a cost – $400,000 was estimated through co-operative research by academics at universities in the UK, US and Australia. No doubt the blueprint for this campaign has been dusted off for Susan Ley’s present venture.

The GBR Taskforce led by Environment Ambassador Peter Woolcott pulled together a lobbying kit-bag for Hunt. It included the 2050 Long Term Sustainability Plan for the Reef with its over-arching objective not just Reef protection but to improve its globally important values. The plan nominated water quality and climate change as the Reef’s biggest threats.

Despite this acknowledgment of the climate change threat, that same year Hunt approved construction of the Abbot Point coal terminal, opening the central Queensland coal reserves to mining. The following year Hunt was the Environment Minister at the Paris Climate Conference when Australia signed up to holding temperature increases to below 2 degrees and as close to 1.5 as possible – a “deeply personal goal”, he claimed; but ignoring the contradiction of facilitating massive coal exports when meeting the 1.5-degree target requires 80 per cent of the world’s coal reserves to stay in the ground.

His approval for Abbot Point expansion not only eased the opening of one of the world’s biggest coal deposits but also required 3 million cubic metres of the sea bed to be dredged adjacent to the Reef. Project approval required the spoil to be dumped in the adjacent Caley Wetlands – a nationally important site within the GBRWH area that hosts about 40,000 birds of some 150 species, 22 of them migratory. This was later averted.

Hunt’s apparently contrary approval for Abbot Point’s expansion, so soon after delivering the Reef 2050 Sustainability Plan to the World Heritage Committee, reflected political reality in central Queensland where electors put job security well ahead of climate change and its impact on the GBR. At the 2019 Federal election, their clear message was they wanted the Galilee Basin and Adani to go ahead. Three seats in the Mackay, Rockhampton and Gladstone areas held by National Party MPs supporting the massive coal development plans had positive swings of more than 10 per cent, and the lone Labor seat in Townsville was lost.

No doubt this is also a strong motivation for Ley’s WHC lobbying activity.

The strong public consciousness of the Reef comes from sustained campaigns in the 1970s by a politically well-connected and vocal group of artists, ecologists and conservation activists to stop Reef mining, first for limestone and later for oil and gas. In 1976 the GBR Marine Park was established – then the world’s largest marine park and still in the top 10 today.

In 1981 the public link to the Reef was galvanised when the Federal and Qld Governments successfully sought its World Heritage listing. ‘Their Reef’ was no longer threatened, their national pride and joy safe forever – emotions that The Thomas Foundation research showed remain. It’s this strong historical attachment the Government now fears.

More than 40 years ago author and poet Judith Wright, a leading activist in the earlier campaign, saw the inevitability of Queensland’s coastal and off-shore development, and the threats this would bring to the Great Barrier Reef.

In 1977 she wrote: “The forces that want to exploit the Reef’s resources are so immense, it seems laughably unlikely that successive Governments will not try to undo these protections.”

The tension between commitment and protection comes from the Reef’s location on the edge of a frontier State long dependent on mineral resources for its wealth, and a nation addicted to mining.

As it turns out, the hard-won Reef protections weren’t so much unwound as stepped around, ignored or neglected; or disguised under a cloak of sweeping commitments of concern given but grudgingly delivered. None is so egregious as the $440m granted to the Great Barrier Reef Foundation. A Senate inquiry and audit office review found the grant covered a substantial portion of the financial commitment to the 2050 Sustainability Plan. And on the eve of the WHC meeting, the audit also found that in 2019 only 16 per cent of the grant had been spent – another commitment made for political purposes rather than for genuine conservation objectives.

And as for Minister Ley’s shock and surprise at the WHC ‘in danger’ draft, how has she missed the continuous warnings of coral degradation on the Reef, not only by academics and conservation activists but by the Government’s own scientists at the Australians Institute of Marine Studies and the Great Barrier Reef Marine Park Authority? The Government’s own State of the Reef in 2019 downgraded the Reef’s condition from ‘poor’ to ‘very poor’.

To claim to have been “blindsided” in these circumstances is not credible. 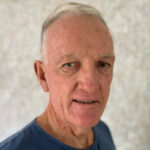 Rowland Hill has been a Director at the Thomas Foundation since 2008. He was previously Group Manager Corporate Public Affairs and a member of the Executive Committee, Australia Post; and Senior Private Secretary to the Hon Ralph Willis AC, MP.