After the G7, the G20 and COP 26 in Glasgow, what might be real progress on the climate crisis by the end of the year?

We’ve had President Biden’s ‘zoom’ climate Summit. The G7 meeting in Cornwall this week is looking to ramp up ambition on climate response. And the most significant UN meeting on climate change since Paris is taking place in Glasgow in November. Expectations are high. But with intense geo-political tensions and covid response concentrating attention, what progress might we realistically anticipate on climate change by the end of this year?

Involving 40 Heads of State, President Biden’s Climate Leaders Summit last April was a novel, slightly awkward and technologically challenging event. Over the past year many of us have learnt the benefits and limitations of meeting online and all were on display here.

Sadly the Australian Prime Minister’s performance was a side show intended for a domestic political audience. And the climate finance commitment of $US 5.7 billion for developing countries from President Biden although welcome and in marked contrast to his predecessor, has so far failed to embolden other developed countries to increase their commitments, leaving us far short of where we need to be.

This week, Scott Morrison won’t be on zoom. The Prime Minister, together with the Indian, South African and South Korean Heads of State will be flying to the UK as an invited guest to attend the first G7 meeting post the global pandemic.

Of course, covid response will dominate the agenda. And the politics of how the world responds to the climate crisis cannot be divorced from it. Charting a growth path for the international economy once covid has been brought under control opens up the opportunity to drive decarbonisation and thereby promote new industries and stimulate jobs. But developing economies are unlikely to agree to any global arrangement or deal this year which doesn’t involve rich countries meeting the $100 billion climate finance target (long promised) by developed nations. And if there isn’t agreement on greater equity of access to vaccines through COVAX and other means, global agreement on anything is going to be next to impossible.

Faced with these challenges the UK is going to need to pull out all the stops to deliver real progress on climate at the G7 this week. As already seen from the G7 finance ministers agreement on global tax reform, the UK has significant ambition for what can be achieved through its ‘post Brexit’ leadership both this week and at COP26: the vital UN climate summit taking place in Glasgow in November.

Boris Johnson and those around him know that diplomatic achievements at UN climate conferences are devilishly hard and cannot be delivered without multilateralism being shown to achieve more than talk and photo opportunities prior. This helps explain why the G7 in Cornwall this week and the G20 meeting in Venice in October offer the opportunity to achieve the high-level diplomatic progress and ‘mood’ that can build to success at the UN COP 26 Summit.

Our experience of the work that led to the Paris agreement in 2015 reveals there will never be some moment when agreement is reached and shards of truth, light and wisdom will emanate from any single international climate meeting. As the Nobel prize winning academic Elinor Ostrom showed, progress on climate requires a mutually re-enforcing cascade of national commitments together with demonstrated leadership from all levels of government, business and finance.

The G7, G20 and the Glasgow summit will come and go. Scott Morrison will perform well, badly or indifferently. And the end of this year will be a time of taking stock and reflecting on how well we did (individually and collectively) in response to both a global pandemic and the climate crisis. By this time, just six months away, we all should have a clear sense of whether countries can agree on new multilateral approaches to achieving economic recovery, sustainable development, and health security.

So, on climate, looking beyond the geo-political process, what might tangible and realistic success on climate look like this year?

We think there are five developments which are needed. We know these aren’t the only ingredients required. But were they to happen, 2021 could be seen as when the global economy truly shifted towards the irreversible net zero transition which is so necessary.

Firstly, India. With a GDP of more than $2.5 trillion, it now stands alone as the only major economy yet to commit to a net zero target. As the sixth largest economy, and with more than 90 per cent of primary energy coming from coal, oil and gas, to commit to net zero would have enormous symbolic power. India will need significant support and encouragement from the large emitters and economies to adopt this target, but India in the ‘net zero-fold’ would mean all the major global economies committed to leaving the fossil fuel economy in the past.

Secondly, under the UN process prior to COP26, nations have to submit new nationally determined contributions (NDCs). It is here that we can truly judge whether the national emperors have clothes. These plans must have clear targets and policies to achieve a science-based net zero goal. The UK has already shown the way with a new legally enshrined target to achieve 78% reductions by 2035 (the highest target set by any country under the Paris Agreement). Ambitious NDCs must also come with clear, practical commitments to clean development otherwise they won’t be credible. Certain nations agreeing not to build any new coal fired power stations will be crucial.

Thirdly, as was the case prior to Paris, China and the US must agree a bilateral deal prior to COP26. Together China and the US are responsible for around 40 percent of global emissions. Sadly, following the President Trump ‘show’ the level of trust between the two largest economies has only diminished. Whether the US maintaining tariffs, the Biden investigation into the origins of coronavirus or the apparently shameless assertion of Chinese power in Hong Kong, the tensions are real. Given this potentially toxic context, their recent joint statement on climate is an encouraging start, but any deal will need to set out binding commitments and actions. More than driving the development of new low emissions technologies in the world’s two largest economies, such a deal would help to unlock climate finance for developing nations and also put further pressure on climate laggards such as Australia, Russia and Brazil.

Fourthly, those poorer countries most vulnerable to climate change must see that their needs are being met on climate finance and clean development. This needs to include funding for adaptation and disaster risk, with rich countries delivering on the 2020 target of $100 billion of climate finance first promised in Copenhagen in 2009. Poor and vulnerable countries are rightly angry that rich countries have been able to spend $US15 trillion on COVID stimulus but seem unable to commit to the relatively modest $US100 billion per year promised to them by 2020.

Fifthly, investment-led economic recovery plans need to be tied to achieving net zero. Global investment as a share of GDP needs to be restored to pre-covid levels and then increased further by around 2% of global GDP to drive productivity and sustainable growth. Much of the investment this year will need to be initiated by government, with the private sector closely involved. The composition of investment will vary but must be focussed on achieving net zero through measures such as new clean energy infrastructure, energy efficiency and protecting and restoring nature. Attractive investments such as installing EV charging stations, roof top solar, offshore wind, and improving building energy efficiency both stimulate growth quickly and – we know – can create more jobs than alternative investments in fossil fuels.

Five steps: India; clear national commitments integrated with clean development; a China-US deal; climate finance for developing economies, and an investment led recovery tied to net zero. This is by no means everything, but with multilateralism under such strain achieving them by the end of the year would be cause for celebration.

Beyond the meetings, the political and diplomatic manoeuvring and almost irrespective of the outcome negotiated and agreed at COP26, we would have achieved both real progress on climate response, and true hope for the future. 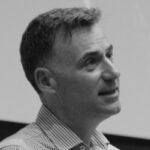 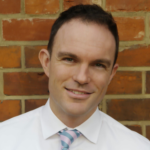 James Rydge is a Policy Fellow at the Grantham Research Institute on Climate Change and the Environment at the London School of Economics and Political Science.