This week conservative energy body, the International Energy Agency (IEA) outlined a global pathway towards net-zero by 2050. A growing number of businesses are joining every Australian state and territory in committing to net-zero emissions. In the face of this seismic shift, even certified coal-carrier Scott Morrison’s resistance is starting to waver.

But despite all the momentum, AGL, Australia’s largest energy company and biggest domestic contributor to climate change, remains the most substantial roadblock to a safe and prosperous future for all Australians, powered by clean energy.

AGL produces more than twice the emissions of the next biggest polluter, Energy Australia, and more than BHP, Rio Tinto, Glencore and Qantas combined.

Despite cramming its ads with wind turbines and solar panels, AGL generates around 85 per cent of its electricity from coal. Worse still, AGL plans to keep burning coal until 2048, a timeline that is completely at odds with the clear advice of the world’s best science, not to mention the demands of the United Nations and IEA, which call for an end to coal power by 2030 at the latest.

The scientific consensus is clear: the world needs to get to net-zero emissions by 2035 to avoid catastrophic climate change and the turbo-charged extreme weather that will come with it. Australia is already seeing the devastating effects of just one degree of warming in longer and more dangerous bushfire seasons, more droughts, heatwaves, floods and cyclones.

In order to reach net-zero emissions within a safe timeframe, the entire economy must decarbonise rapidly. And that needs to start in the electricity sector, where steep cuts in emissions are the easiest and cheapest because we already have the solution in the form of renewable energy like wind and solar, firmed up by batteries.

This requires electricity generators like AGL to close their ageing and increasingly unreliable coal-burning power stations by 2030 and replace them with clean energy. It’s not only in the best interest of the environment but also AGL itself, its shareholders, investors and customers, and the overwhelming majority of Australians who want clean air and a safe climate.

Australia will struggle to make progress on decarbonising and electrifying other high-emitting sectors like transport and construction unless AGL plays its part in helping to bring about an electricity grid powered by 100% renewables. AGL has a key part to play in tackling the climate crisis – indeed the recent IEA report recommends the phase-out of “sub critical coal” by 2030 as one of the crucial factors in an effective pathway towards net-zero. For reference, AGL’s NSW and Victorian generators are deemed subcritical under the IEA’s definition.

There are huge opportunities in embracing a clean energy future. Australian regions which now wheeze under a cloud of coal pollution, such as Victoria’s Latrobe Valley or the Hunter Valley in NSW, can be centres of renewable energy generation and technological innovation, bringing thousands of new, well-paying jobs while protecting the health of local communities. Both of these regions, with their existing transmission infrastructure and skilled energy workforce, are well placed to capitalise on clean technology revolutions, with the Hunter proposed as the site of a massive green hydrogen project that would revolutionise NSW’s energy supply.

The Federal Government, in its passionate defence of coal jobs, often overlooks the fact that regions housing existing coal-burning power stations are best placed to continue helping power the country. With their transmission infrastructure designed to send large amounts of power into the grid, they represent the ideal location for big batteries. When Energy Australia shuts its Yallourn power station in 2028, it will be replaced by a 350MW battery.

But instead of running with this building clean energy-momentum, AGL is choosing to bury its head in the sand. For an organisation that should be leading the energy transition, AGL seems more focused on stifling legitimate criticism about its poor environmental record.

Earlier this month, AGL took Greenpeace Australia Pacific to court over a campaign that labelled AGL as “Australia’s biggest climate polluter” and called on the company to close its coal-burning power stations by 2030 in the best interests of the environment as well as AGL shareholders, investors and customers.

But it’s not just Greenpeace taking aim at AGL. The IEA’s report has laid out a path for the world to get to net-zero emissions.  The plan calls for a phase-out of coal-fired power in advanced economies like Australia by 2030. This brings the IEA in line with the position taken by the UN and Greenpeace.

When one of the world’s most conservative energy advisory bodies and the UN are on the same page as Greenpeace, AGL can’t dismiss the sober, science-based calls for them to close their coal assets by 2030, lest they learn the hard way that these so-called assets are rapidly becoming liabilities. 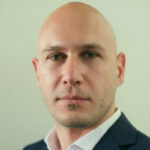 Dr Nikola Casule is the Head of Research and Investigations at Greenpeace Australia Pacific.