Another bright shining lie: the ADF and Afghanistan 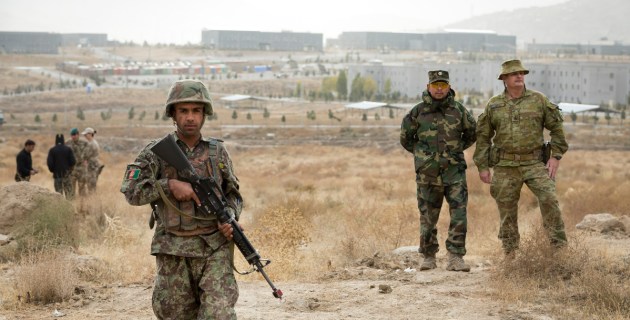 It was the celebrated American war correspondent Neil Sheehan who used the term “a bright shining lie” to characterise the profoundly corrupt nature – moral, political, social, intellectual, strategic, military, religious – of the US’s (and, by association, Australia’s) disastrous invasion of Vietnam.

And now, half a century later, it’s a tragedy of the highest order that exactly the same characterisation can be applied to the US’s (and, by association, Australia’s) disastrous invasion of Afghanistan.

This essay is concerned with the military-strategic dimension of our latest national bright shining lie; namely, the marketing by the Australian Defence Force’s hierarchy and their chorus line of soldier-scholars of the self-serving, intellectually facile, so-called “strategy” of counter-insurgency warfare which has been used to justify our various “interventions”.

That this strategy has been an utter failure needs no elaboration: Saigon one day, Kabul the next, Baghdad en passant.

We – the “West” (whatever that might mean in these diminished times) – will be paying the price of squandered moral authority, treasure and young lives for decades. Everything’s relative of course; and our self-inflicted punishment fades when compared to the incalculable misery our armed forces have inflicted on hundreds of millions of everyday people from assorted Third World countries.

Presented by army strategists as an enlightened rationale for our occupation of Vietnam, the theory of counter-insurgency warfare was based on the lofty concepts of “winning hearts and minds”, “nation building”, “promoting democracy” and, dare we say, “freedom”.

In practice, however, it proved difficult to explain those conceptual nuances to locals whose village had just been burnt to the ground, or whose neighbour had just been kicked off a cliff and shot in the back.

Precisely what “counter-insurgency” might mean has, like the failed campaigns themselves, become increasingly confused as first one construction, then another, unravelled. Somewhere along the road from Saigon in 1975 to Kabul in 2021, “counter-insurgency” segued into “counter-terrorism” and then “the war on terror”, changes that tacitly acknowledged that what we were actually doing was neither winning hearts and minds nor building nations, but forcibly imposing our own values and beliefs.

As US Navy admiral James Stavridis has belatedly acknowledged with masterful understatement, “We did not sufficiently respect the culture, history, traditions and norms of [these] nations”.

Which brings us back to the ADF’s hierarchy and their soldier-scholar apparatchiks (many of whom are graduates of the Royal Military College, Duntroon).

The issue here is self-interest and “careerism”, in the form of advocating an intellectually unsustainable concept of operations.

No-one has written more powerfully about military careerism than one of the US’s most decorated soldiers from Korea and Vietnam, David Hackworth. “Careerism is the name of the game”, Hackworth tells us in his autobiography About Face. Ambitious officers seek career success by box-ticking, in this instance through operational service, and by following the party line and not speaking out.

And for twenty years strategic reassurance was provided by a succession of chiefs of the defence force and chiefs of army who told Australians that “this is the year we’ll turn the corner”, “our allies are doing a great job” (in fact they were corrupt thugs whom the locals often hated more than they did the Taliban), and “our strategy is working”.

This was a bright shining lie.

The one indispensable component of the theory of counter-insurgency warfare – the one part that must succeed for the model to be credible – is the men and women we send to translate theory into practice, our boots on the ground.

According to Australia’s pre-eminent soldier-scholar, Robert O’Neill, a counter-insurgency campaign demands soldiers who can “substantially erode” the cultural barriers that separate them from the people they’re trying to help. Superficially that sounds reasonable. But when those barriers are listed as language, religion, social mores, a knowledge of local history, geography, institutions, economics, civilian skills (for civic aid programs) and the capacity to “enter into an informal exchange with indigenes”, the model defies credibility.

The Army apparently forgot to share Professor O’Neill’s ingenuous operational template with those members of the Special Forces, including alleged war criminal Ben Roberts-Smith, who in 2009 were photographed in the Fat Lady’s Arms bar at Tarin Kowt laughing and drinking beer from the prosthetic limb of a dead Afghan militant.

Not much cultural sensitivity evident there.

As former US Marine Corps commandant General James Conway brusquely put it, the notion of counter-insurgency is a “masquerade”. Armies are unsuited to long-term nation-building, Conway stated, because soldiers are “killers, not social workers”.

Justice Paul Brereton’s finding last year that as many as 25 Australian soldiers might be implicated in the murder of 39 Afghans has permanently stained the reputation of once-admired elite combat units.

That’s not necessarily a criticism of our frontline fighters. It is, however, a criticism of every senior ADF commander who, either actively or by omission, endorsed a morally dubious concept of operations. A straight line can be drawn between that concept and alleged war crimes.

And it’s also a criticism of those soldier-scholars who provided the concept with a façade of intellectual respectability.

But reputations and careers are at stake here, so the academic apologists have already started doubling down. In recent days, as we’ve watched shocking scenes from the fall of Kabul, counter-insurgency experts have taken to the media to tell us that, well, things would have been “worse” if we hadn’t invaded Afghanistan.

Frankly, this is crass.

Worse for whom and for what? Our international reputation? Those soldiers who lost their lives or were maimed? The distressing number who have PTSD? And of course for the people of Afghanistan themselves. Could things have been worse if we’d actually never gone there?

If we’re to salvage one thing from this shameful history, it should be to acknowledge that the era has passed in which predominantly white, predominantly European, predominantly Christian armies could stampede around the world invading countries their governments either don’t like or want to change.

What that means, among other things, is no more self-serving constructs for waging war and no more bright shining lie. 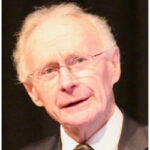